Before we packed up to leave Natural Bridge State Park and head to Asheville I managed to convince Katrina and my mother to join me on the Original Trail.  We took our time since Gramma is not used to hiking and I chatted them up the whole way.  It was different to have people to talk to while hiking.

I convinced them to get a little silly. 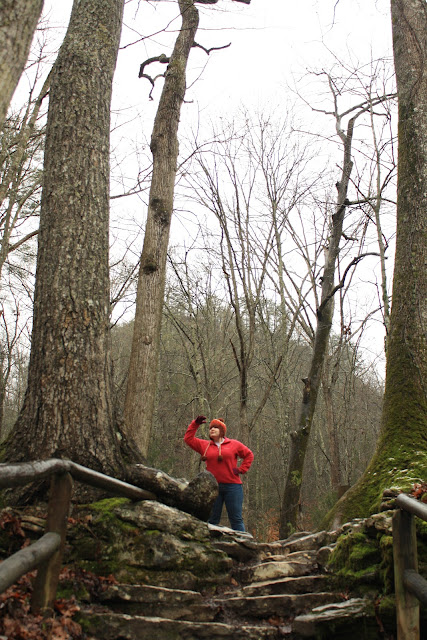 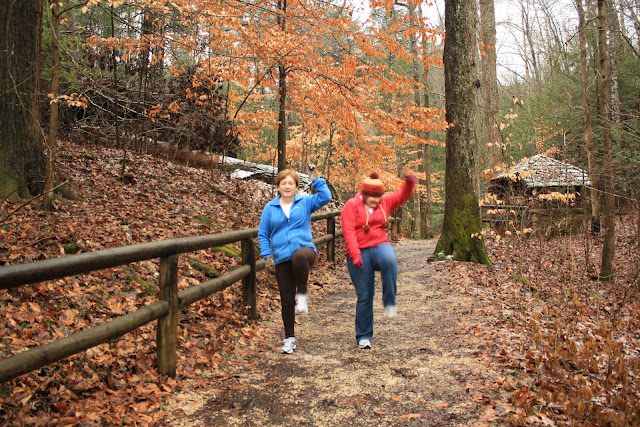 I had to coax them to keep going twice...we're over halfway there...we're almost there...you've come this far it would be crazy to turn back... 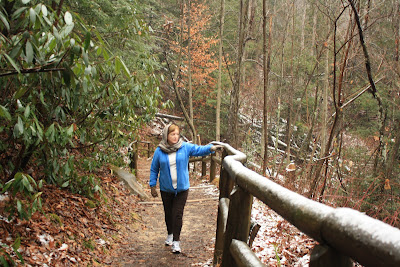 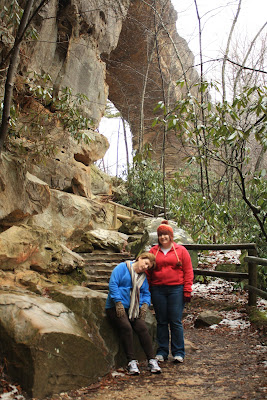 They finally made it to the top! I proved to them they could do more than they thought they could! 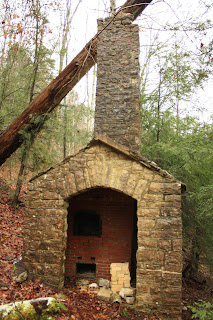 On our way back to our cabin my mother pointed out this chimney that I had to check out. Anyone got an idea what it was used for?

Things went well on the road until we were almost to Asheville. I don't know where we were precisely, but the road was suddenly covered with icy snow and people were sliding.  We slowly maneuvered around a stopped pickup, following another pickup that was going too slowly for the climb and we started to slide ourselves a little bit.  Keeping my companions calm was challenging, but I moved around both pickups, crested the hill and pulled to the side for a minute because I saw the plow coming.  The downhill side had been plowed and salted already, and we followed cautiously behind the guy doing the second run in second gear.  In no time we were in third gear and then back in drive and in the home stretch.

We were delighted with our Silver Moon Cabin rental when we finally arrived, escorted by darkness, snow flurries and lots of wind. It's a cutie! Just as described, fully stocked and the owner is very sweet and considerate of our comfort. 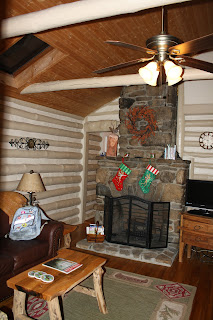 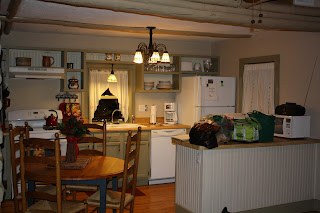 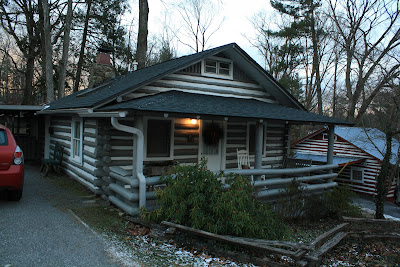 As soon as I round up my girls we're off to the Biltmore to see it decorated for the holidays.
Posted by Pam at 7:36 AM