Walking the Streets of the Windy City - Chicago Part 1

Just like I did about this same time last year I took the train into Chicago, but this time I met up with a friend of mine from high school who lives in the city.  Andy met me at Union Station and we set off on foot to see what we could see.  Once we started walking around I remembered the big remodel that was completed this past spring to the old London Guarantee & Accident Building turning it into the LondonHouse Hotel complete with access to the rooftop overlooking the Chicago River. 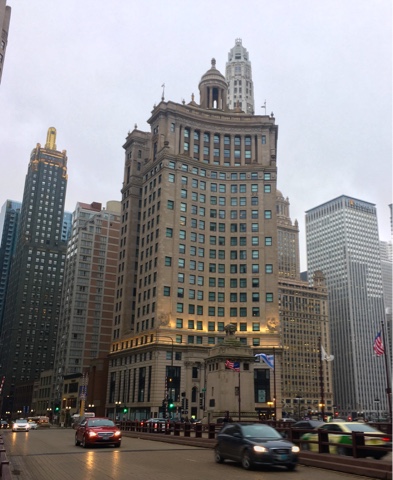 The building is on the site of old Fort Dearborn, which was operational from 1803-1837.  It sure is hard to imagine this area without skyscrapers and concrete as it was at that time, practically empty except for a handful of folks in a log fort behind a double stockade fearing raids from the local Potawotami tribe.

Does the building look familiar?  The front was used as the site of the fictional Chicago Chronicle from the  TV show Perfect Strangers!  Once inside we made our way to the elevators and up we went to the 21st floor to find that rooftop access. 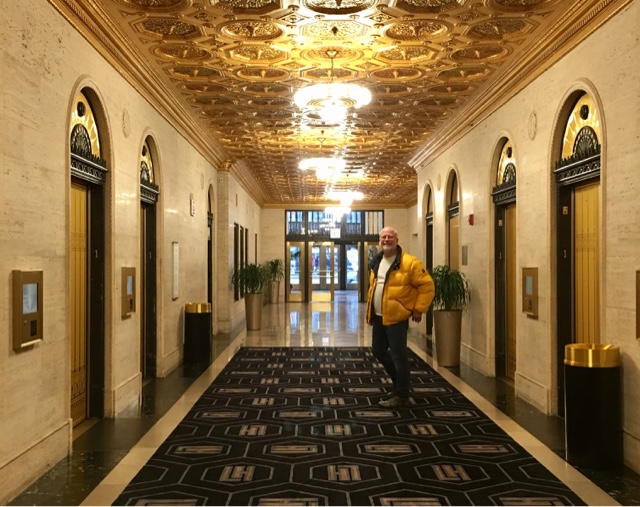 Andy was just as excited as I was, even though he lives a short walk away he had never paid the building any attention.  After we made it to the 21st floor we had to walk up another flight to the 22nd floor where a circular temple awaited us. 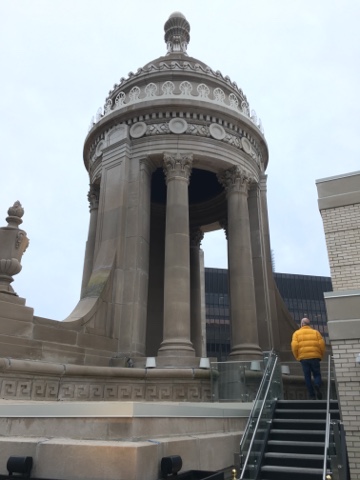 And yes, late morning during the middle of the week was the perfect time to have the rooftop ALL TO OURSELVES!  It might not have been drinks with a summer breeze, but the Windy City was actually pretty breezeless for a change which we were thankful for considering it was January.


We loved the view of the Chicago River from the top, too bad it was marred a bit by the giant megalomaniac's name plastered all over the neighboring building. 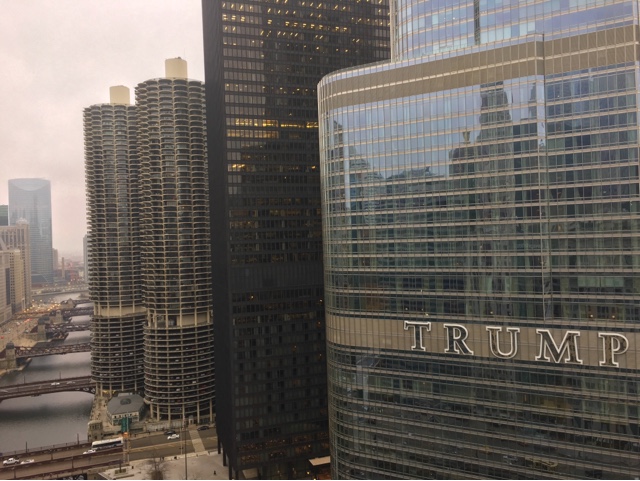 Here's a better view without the distraction. 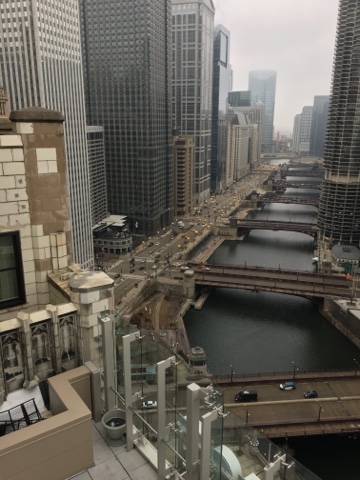 We also got a good look at the Carbon & Carbide building's gorgeous golden tower which I highlighted in my post last year.  Wish I had brought along my Canon instead of my iPhone! 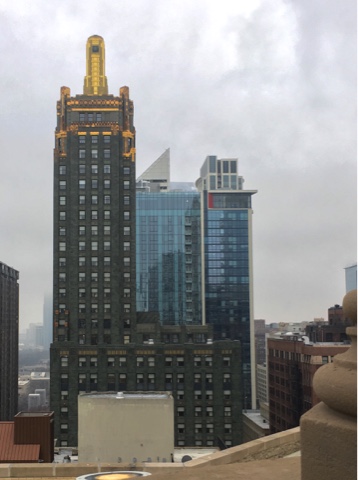 But, as usual, that just gives me something to look forward to the next time I get to the city which might not be too far in the future because we had such a great time that Andy wants to do it again. 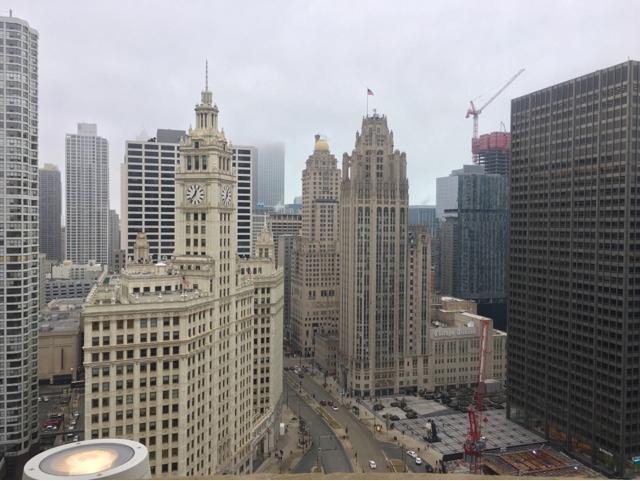 Back down on the ground we admired the ceiling in the small rotunda lobby just inside those doors flanked by massive Corinthian columns.  Nothing but classic beauty to behold, complete with tiny murals and can you believe the previous owners covered this ceiling up?  Luckily it was just covered and not destroyed making it easy to restore for everyone to enjoy anew. 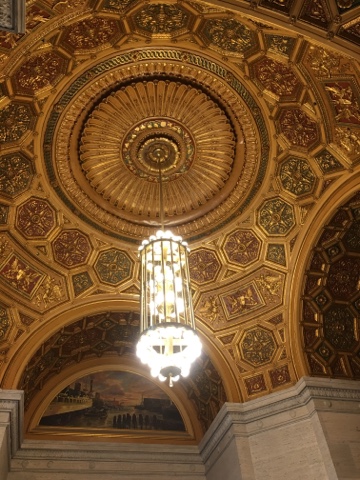 Walking in the cold is thirsty work, and lucky for me I also remembered that David's Tea had a shop at Milennium Plaza.  Tea for two please!  And a bag to take home too, of course. 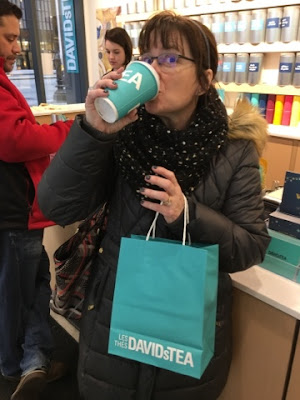 We hit a lot of spots, including another site featured in a television show.  If you watched Sirens on USA network you will recognize the name Do-Rite Donuts.  It was one of Wayne's all time favorite sit-coms and was unfortunately cancelled after two seasons.  It's on either Hulu or Netflix now, I can't remember which one but we re-watched quite a few episodes recently. 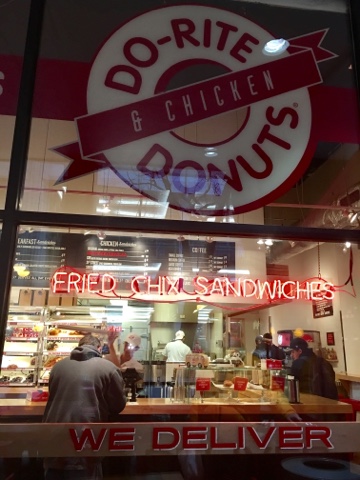 The show is about EMTs working in Chicago and though I love the show I don't know if the donuts were as amazing as Johnny made them sound.  That didn't stop me from eating all 5 over the next two days, don't get me wrong.  Apparently donuts are the new cupcakes, at least in Chicago.  The amount of "gourmet" donut shops in the city is a bit alarming!
Posted by Pam at 11:46 PM