I was inspired to upload some of my favorite photos from our last trip to Newfoundland by Judy  and her picture of last season's pitcher plants. We flew there in September 2010 for a long overdue visit with relatives and had the opportunity to see some beautiful sights and enjoy the fall weather. We drove up to "Site Sam" which is where the radio tower is at the former U.S. Navy base in Argentia. Argentia is where I was born and is also where the ferry terminal is located for RV'ers who are considering a trip to this beautiful island.

While in the area we stayed at Wayne's mother's home in Placentia. The town of Placentia was established as a fishing settlement and the British and the French waged war over this area for centuries.  It was also a valuable military port due to its strategic narrow harbor entrance. Castle Hill  features the remains of the military fortifications built to protect the harbor, and is always worth a visit.

I took a few early morning walks while in Placentia, and loved reconnecting with this place where I spent many happy times with my mother's family. 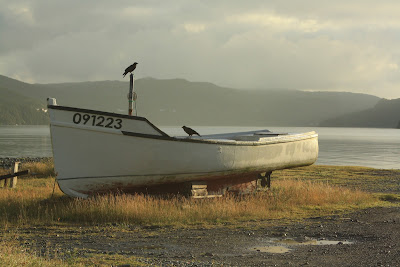 My son Cory and I also walked from Placentia to Freshwater one afternoon. Freshwater is where my mother's family mostly lives, and the best part of walking to my grandmother's house is going up Old Settlement Hill. Your legs burn by the time you reach the top! 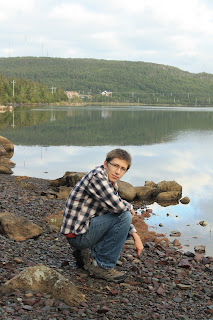 On another afternoon we walked down the hill to First Beach with my mother and my Uncle Ronnie. No sun and sand to be had at this beach, but still worth a trip, especially if you need some exercise.

We scoured the shore for treasures, finding mostly seaweed, rocks, and barnacles, but also a few starfish in the tidepools and even spotted a seal offshore and watched him for awhile. 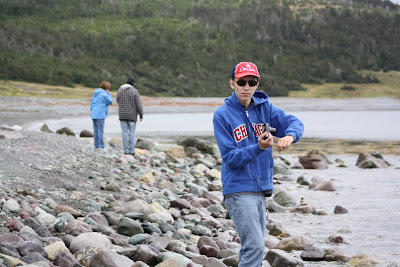 Cape St. Mary's bird sanctuary is within a reasonable drive so we made a stop out there one afternoon also.


Another daytrip we made was to Salmonier Nature Park. Wayne had been here before, but it was new to me and I was quite surprised by the wide variety of native animals in natural surroundings. The enclosures are scattered along a boardwalk trail and one of the plants I photographed was the Pitcher Plant which is the province's official flower. 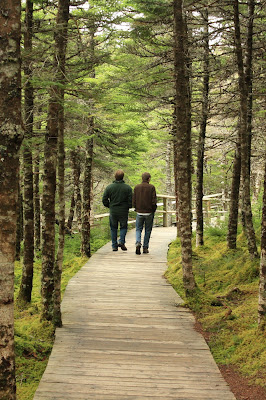 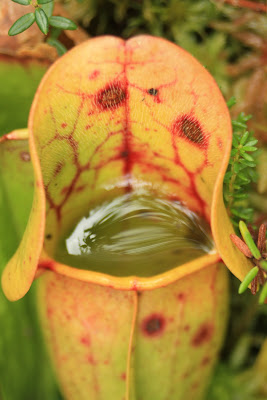 If you're visiting Newfoundland and you take a trip into St. John's, don't miss Signal Hill where the first transatlantic wireless signal was received in 1901.  We skipped the tower and hiked down the North Head Trail to get a great view of the harbor and the Quidi Vidi Battery and Lighthouse. 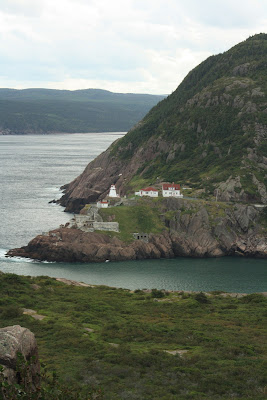 It was berry pickin' time and so I took my great-niece Emily out to pick blueberries on the bog. 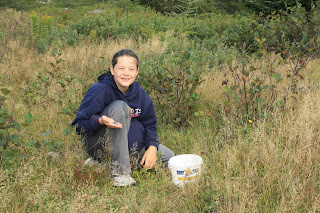 In addition to picking...and eating...lots of blueberries we got to see lots of ponds...and more pitcher plants. 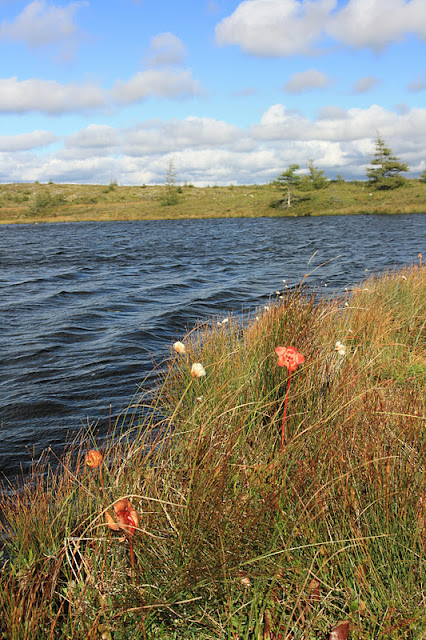 There's much to see and do in Newfoundland, and I hope I've inspired some of my fellow travelers to consider it for their next trip! 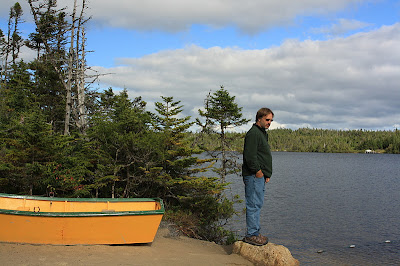