Camping at Elkmont and the Little River Trail

For those of you that are new here, if you want to know more about the spots I've been in the Smokies you can click on the tab on the left column labeled "Great Smoky Mountains NP" to get linked to all my adventures in the park! 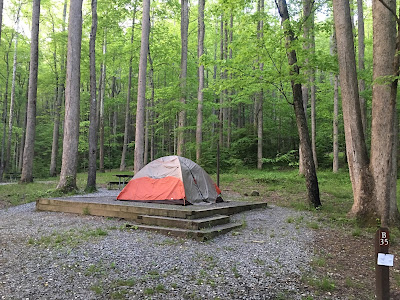 Sunday night I stayed at the Elkmont campground for the first time.  I thought the spots were spaced a little more generously than they were at Cades Cove but otherwise it was very similar.  Quite a few of the sites were along the water, but I picked one away from the other campers to avoid the smoke from their fires.  It was very quiet, not a critter in the night did I hear. 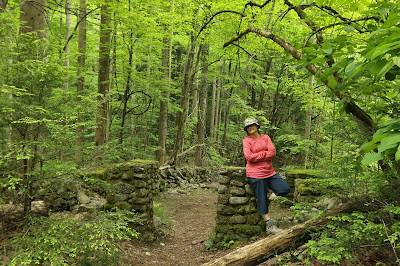 Just around the bend is the trailhead for the Little River Trail, an old railroad bed with a gentle uphill grade.  Near the beginning of the trail I passed by several old resort cottages built in the 1920s which  were used as summer homes by the affluent from Knoxville.  Of course they are in serious disrepair and not structurally sound so I only viewed them from outside. 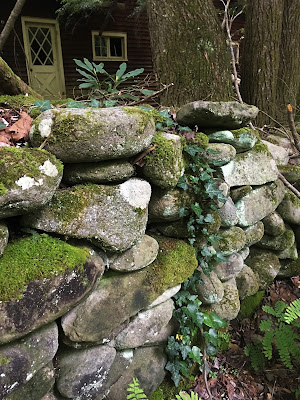 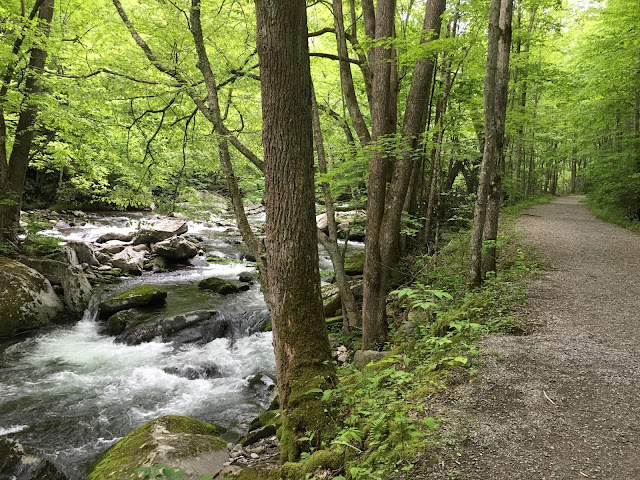 Behind the cottages was a cute little bridge with some Brook Lettuce growing in the creek.


The spring wildflowers are mostly done, but I found a few trillium here and there that weren't completely past their prime.


The sound of the Little River was extremely pleasant and the air was nice and cool. 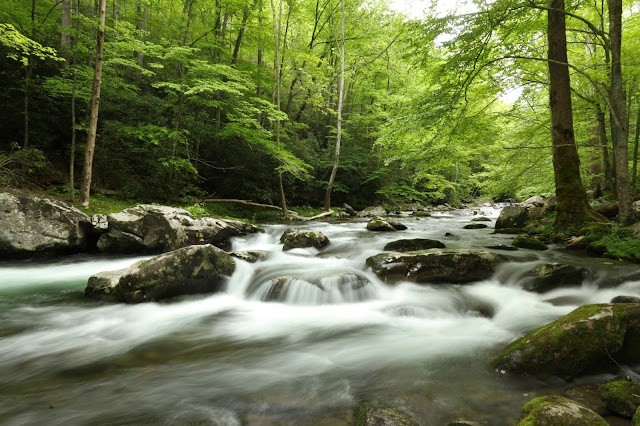 Along the trail I spotted a Great Blue Heron, and made some new friends.  The couple I ran into was from Ontario and we chatted about travel and the Smokies.  Hopefully they will stop by the blog, they were really enjoying walking along the river and I recommended the Middle Prong trail to them.
If you don't remember my post about it from 2014 you can read it here.


I caught sight of a few Jack in the Pulpit which was nice because I'm sure they will be done and gone before I get back to Wisconsin. 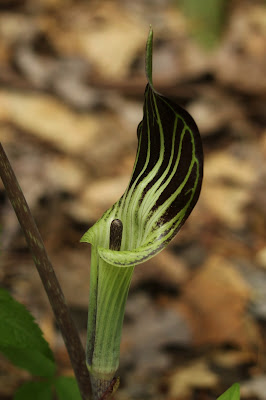 I only went up the trail about 2 miles before turning back because I had to leave to make a phone call and there was no signal in this area of the park.  After my errands I drove on down to the Greenbrier section of the park.  Crossing the bridge from Greenbrier Road to Ramsay Prong Road I stopped to enjoy the river for a few minutes. 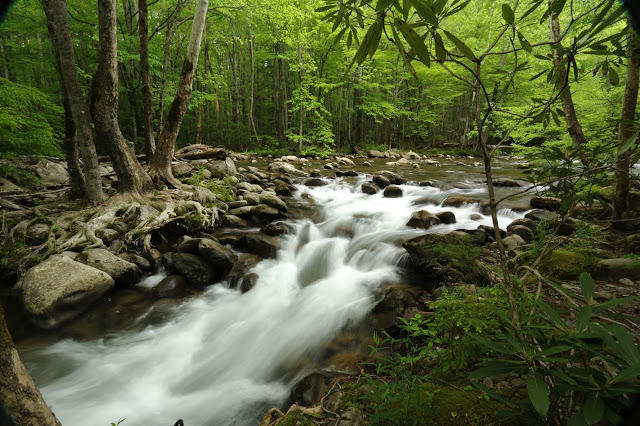 I drove all the way down to the Ramsay Cascades trailhead but it was too late in the day to start the 8 mile roundtrip hike so I hung around for a few minutes and then went on my way again.


Moving on down the road I stopped at Carver Apple House outside of Cosby.  Jam Stop!


I was starving after a morning of hiking so I ordered a BBQ pork sandwich and it was delicious!


I met up with Sharon earlier this evening, hopefully trailside wackiness will ensue!