Tiring of commuting to Philadelphia I decided to take a scenic drive our last day instead. 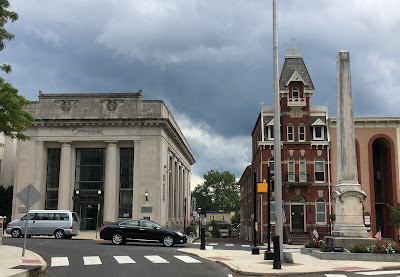 Doylestown was a great little town, though parking was impossible to find and I went the wrong way down a one way street.  Kind of hard to see the one way signs with all the cars and trees blocking signage! But I enjoyed the buildings and walked into a few shops once I found a space to park. 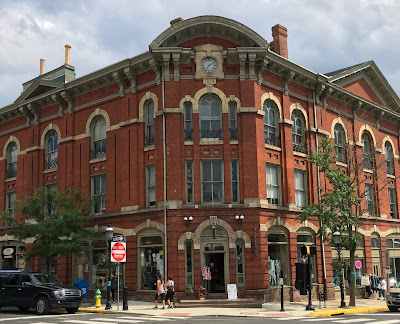 Doylestown is also home to the Moravian Pottery and Tile Works.  This National Historic Landmark is maintained as a "working history" museum and handmade tiles are still produced in a manner similar to that developed by the pottery's founder and builder, Henry Chapman Mercer (1856-1930). Mercer was a major proponent of the Arts & Crafts Movement in America and directed the work at the pottery from 1898 until his death in 1930. 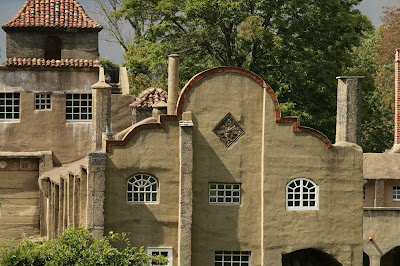 Tours are available and tiles can be purchased, but I just settled for a look as I drove by. 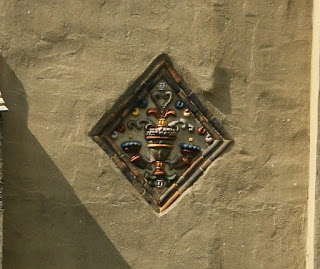 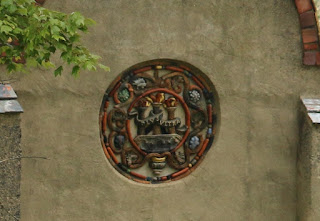 Next to the Pottery Works is his home, Fonthill.  Mercer seems like an interesting man - he studied law at Harvard but never became a lawyer, choosing instead to go into the field of archaeology.  he conducted site excavations in the Yucatan Peninsula, Mexico, and in the Ohio, Delaware, and Tennessee River valleys. 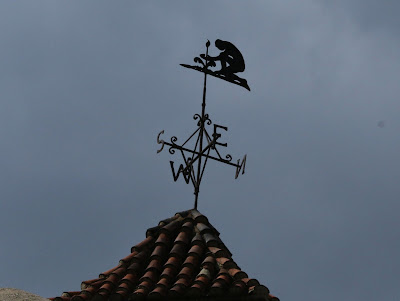 While searching out old Pennsylvania German pottery for his collection, Mercer developed an interest in pottery and by 1899 he was producing architectural tiles that became world famous. 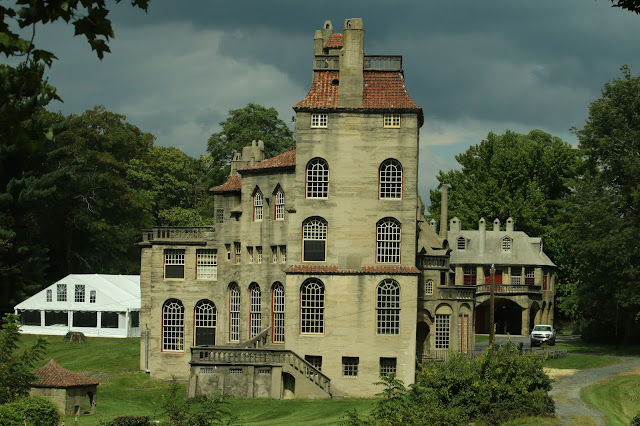 More proof that you never know where your interests will take you!  Mine took me further down the road, where I spied the New Britain Baptist Church. 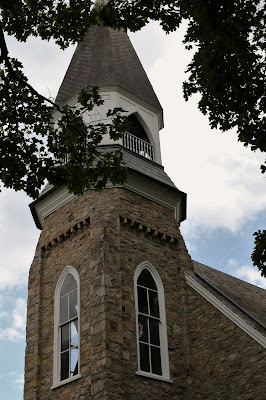 Their website says the current sanctuary was built in 1815.  Additions were made over the years, and renovations to the stucco and the stonework were undertaken in 1975. 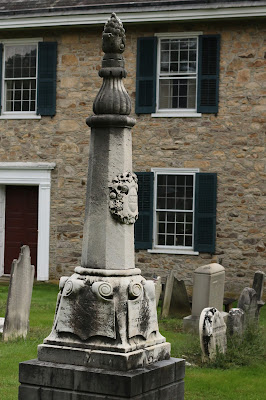 The adjoining Cemetery is the resting place for soldiers of the Colonial Wars, the Revolutionary Way, the War of 1812, the Civil War, and World Wars I and II. Legend has it that there are Indian graves scattered throughout the cemetery. 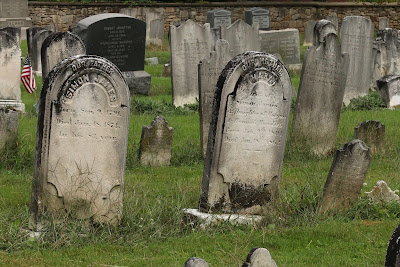 The oldest readable marker in the cemetery is dated August 14, 1748 according to their website though I concentrated more on the juxtaposition of the gravestones with the building elements than the words written on them. 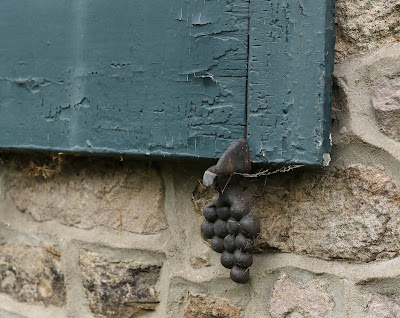 There were no shortage of great steeples in the area, just not enough spots to pull over and admire them all! 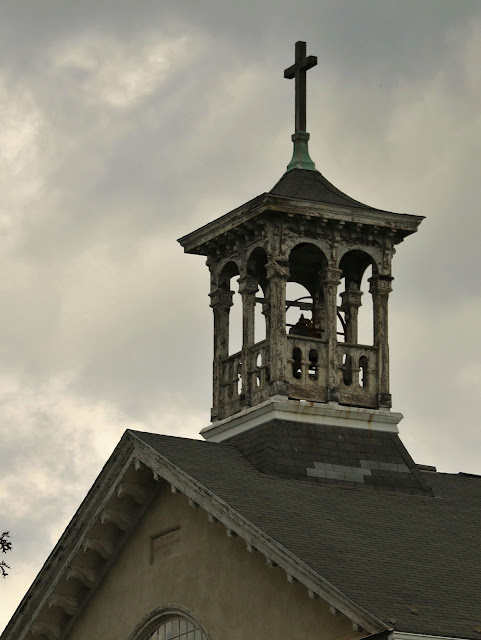 Bucks County is also home to 12 covered bridges and there is a link to a driving tour that I used to hunt some down.  After the fourth one I called it enough, they all looked remarkably alike, though this one below was in an especially scenic location. 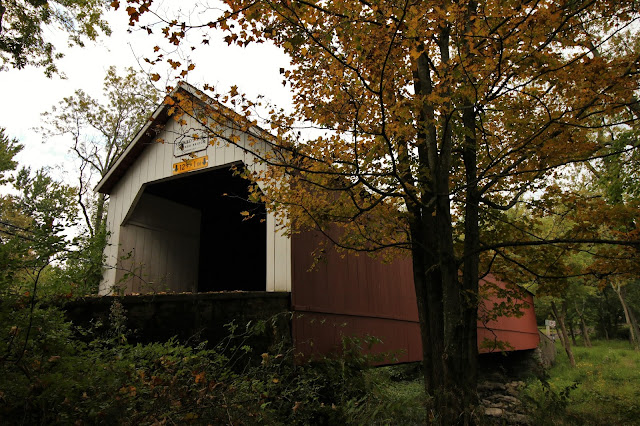 I'm woefully behind on the blog, but I did actually "vacation" on our trip to Pennsylvania so I've been busy working hard since we returned.  I'll try to catch up, look for a flurry of posts over the coming days!