Recently we met our daughter and her boyfriend in Hales Corners, Wisconsin to see the China Lights special exhibit at Boerner Botanical Gardens.


From the website: China Lights is an event that celebrates the art, skill, and beauty of traditional Chinese lantern festivals that have been celebrated for the last 400 years. This has been accomplished through an almost two month long building process where about 50 exhibits, made of more than 1,000 components, are welded together, covered with colored silk, and then hand painted. These displays are then illuminated with LED lighting to complete the amazing visual experience. 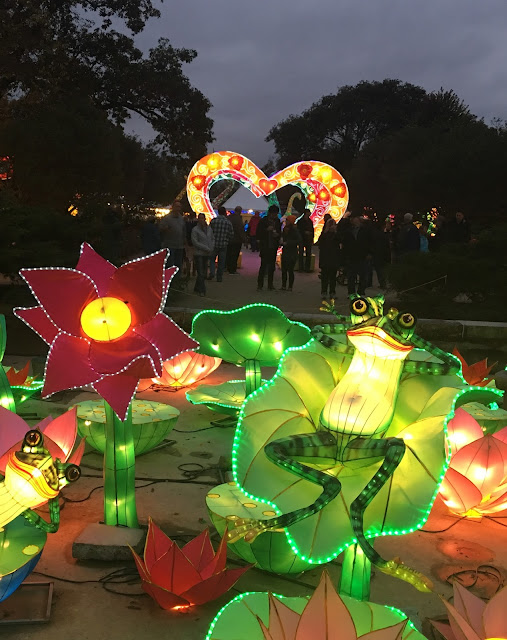 It was pretty neat, but amazing might be a bit of a stretch.  Kids would love it, but I tell you there were tons of people there and though people were enjoying the night out I didn't hear anybody gasping with amazement.  The frogs at the beginning were one that I found amusing. 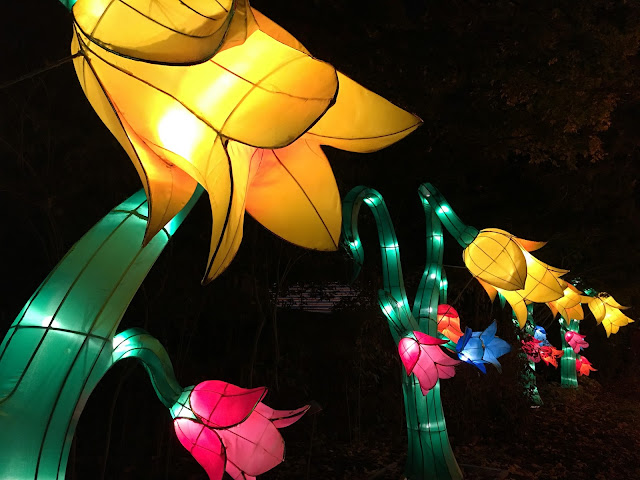 It did cost $15 per adult admission, parking is free but kind of limited and once the closer small grassy areas near the gardens were full they were filling folks in buses.  I was shocked how busy it was for a weeknight. 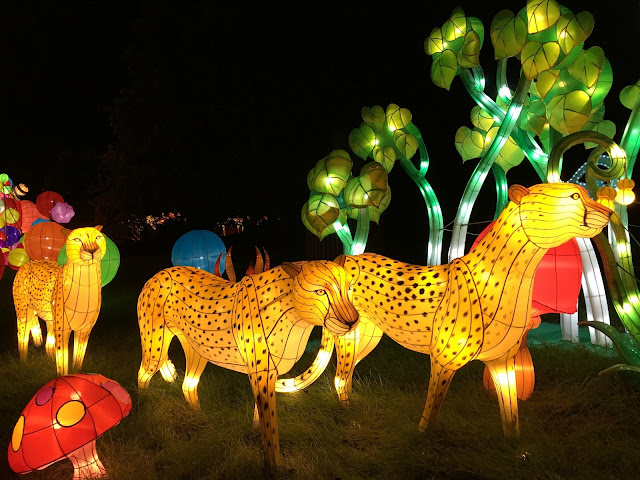 The event is going until October 29th but if you don't have tickets already you won't get in.  Luckily they were still selling tickets on-site the night that we went. 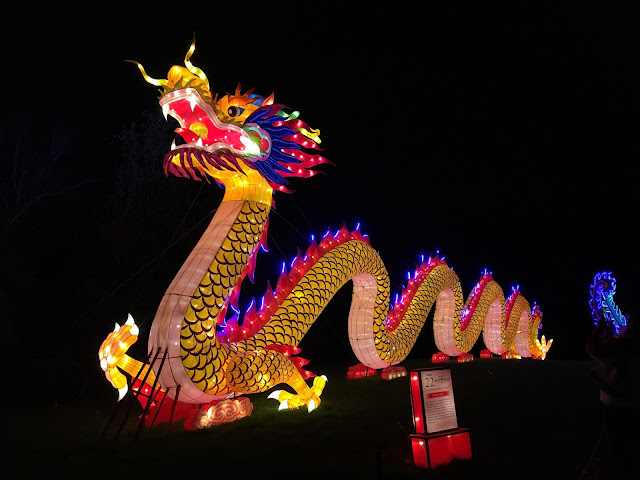 Our nephew Tom from Newfoundland was down for a visit again this October so it was good to take him to see it and he seemed to enjoy it. 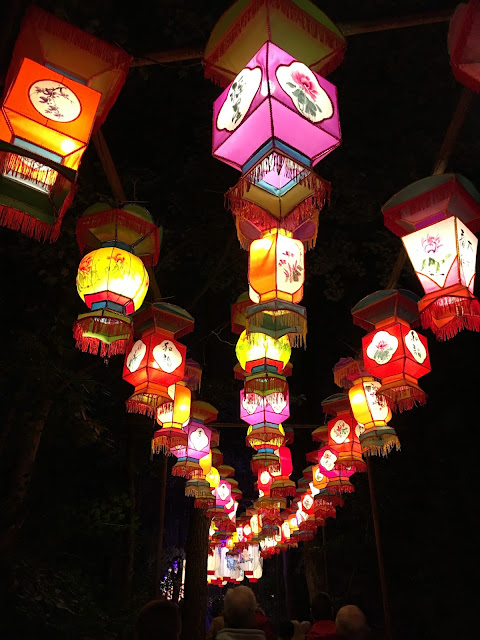 The part I actually did like was the overhead lanterns.  If you look closely you can see the stream of people's heads underneath. 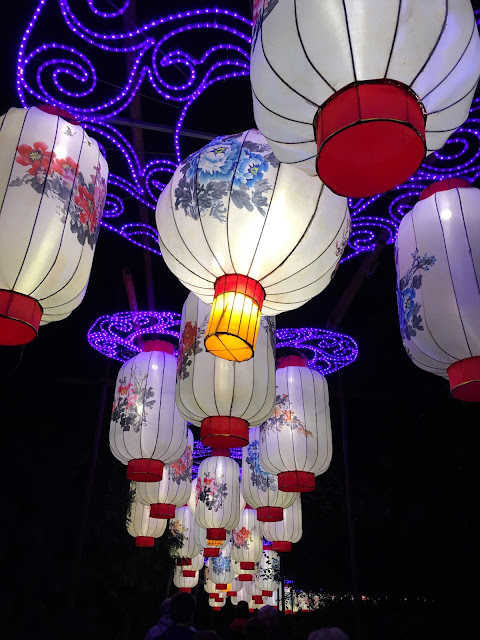 I would imagine it would take a long time to put all of those up on the scaffolding overhead, which generated a good bit of discussion among us as we strolled along. 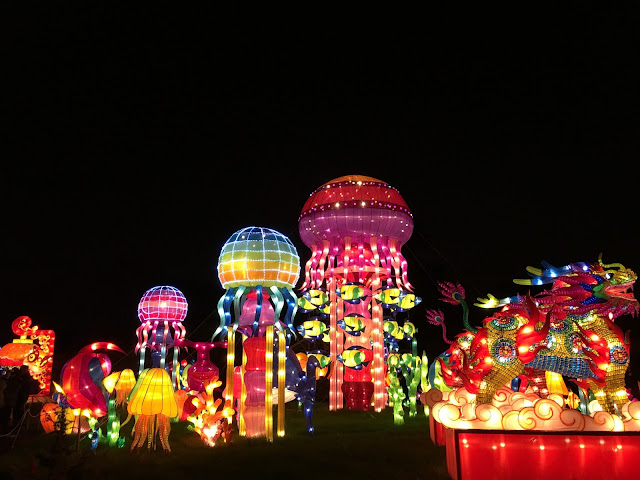 By the end though I was ready for it to be done.  We walked through pretty briskly and I'd still say it took us at least half an hour.  Food and beer tents (this is Wisconsin after all) were located at the end if you wanted to hang around and partake, but we just headed on home.  I think it was a bit overpriced, but then again I usually do.  Children ages 5-10 were still $10, so a family of four would have paid $50 to attend which sounds a bit insane to me.  If I were in charge it would have been $10 or $12 for adults, kids age 8-12 $7 and kids 4-7 $5.  Just my two cents, pun intended!
Posted by Pam at 8:00 AM

Email ThisBlogThis!Share to TwitterShare to FacebookShare to Pinterest
Labels: Wisconsin