What does a Bay Boy do when cod fishing season ends?  Rabbit season!


Remember nephew Tom and his puppy Vader?  They spend a lot of time with Wayne, and sometimes I tag along as well. I couldn't wait to see where they were setting snares out across Southeast Arm this fall. 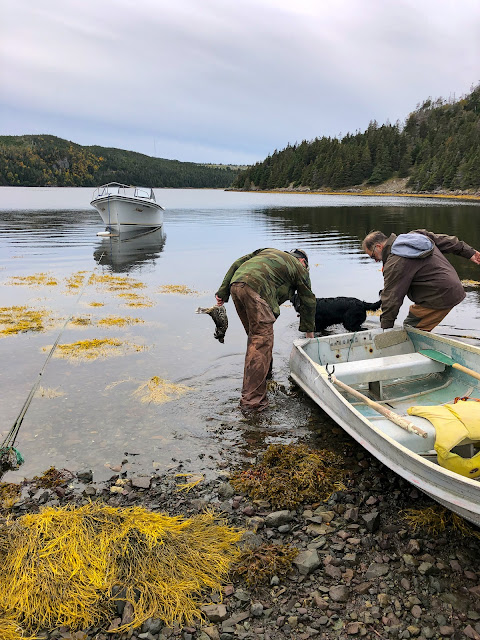 We took the Nomad out, and towed a rowboat behind to get us out to the snares.  No docks out there!  Wayne's brother, Tom Senior, tagged along as well.

Vader pointed up a grouse, and I even got a halfway decent shot through the trees before I got too close and spooked it off. 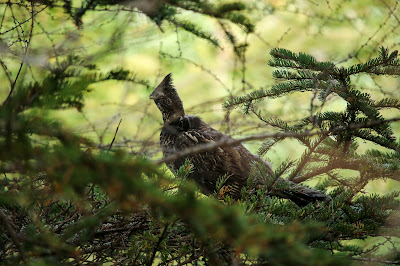 Wayne and Tom spend a lot of time crouched down peering into the trees trying to find their snares, so Tom Senior and I ranged ahead at times. 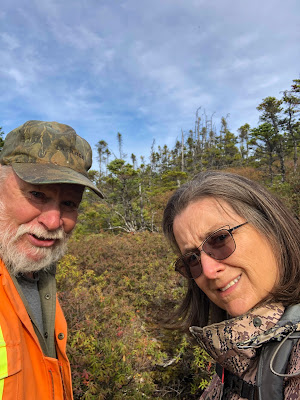 Wayne SAYS he saw a moose through the trees, but none of the rest of us caught a glimpse of her. Hmmmm... 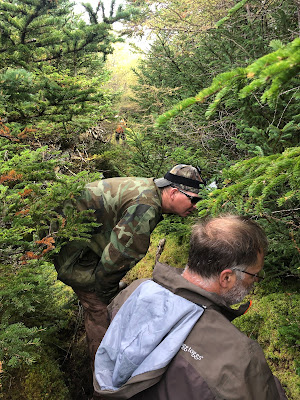 Vader got the most exercise, happily running back and forth between us all.  Isn't he a beautiful boy? 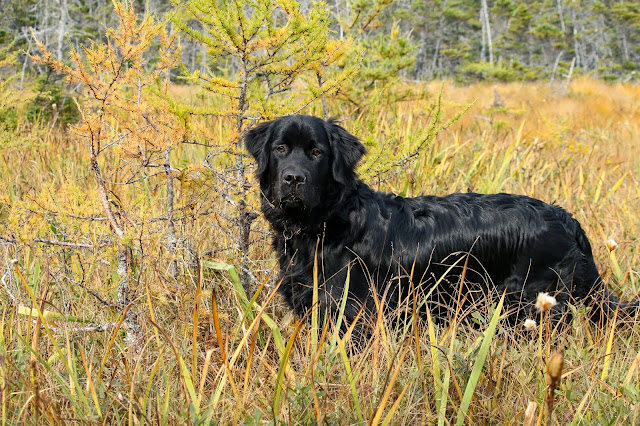 Here's a video of Vader I took when Wayne was rowing me to shore.


He took that swim eventually... 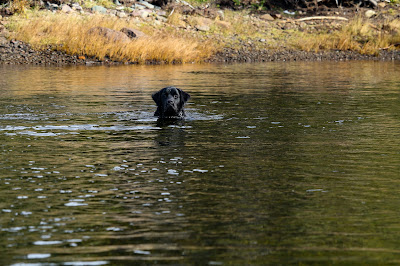 But, first we had to slog through the boggy trail.  I got stuck a few times and had to hang onto a tree while I yanked my rubber boot out. 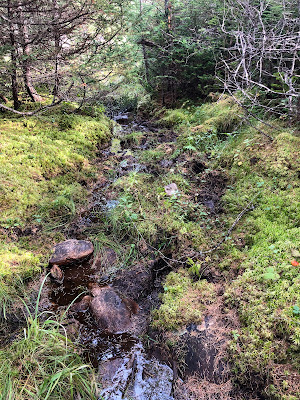 It's a wonder Vader and I weren't covered head to toe with muck. 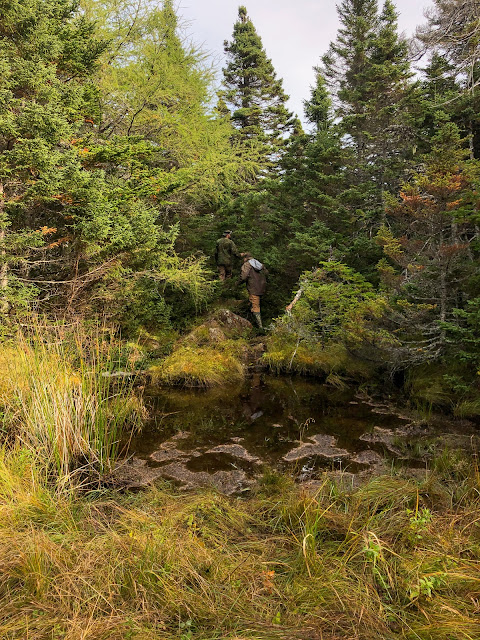 No rabbits in those snares, though Vader did find a grouse in one of them.  So Tommy threw it out for Vader to retrieve. 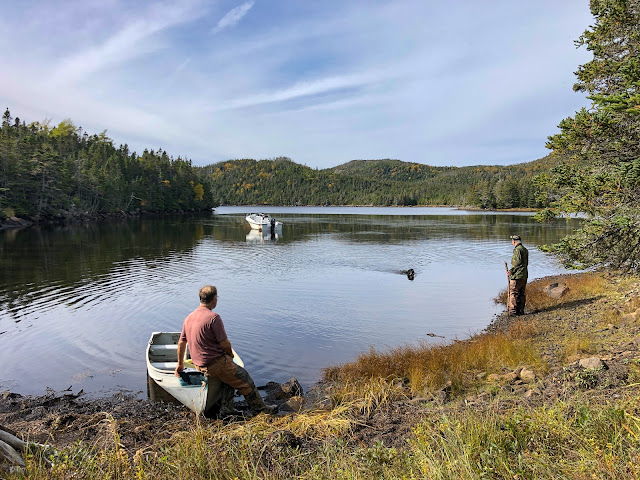 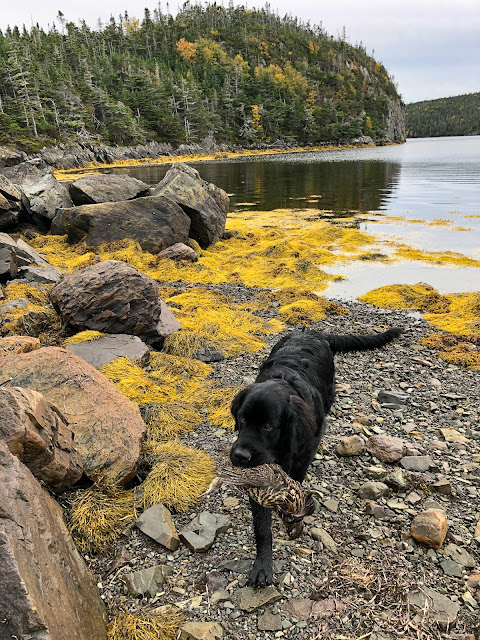 It was a nice change, but there was more standing around than hiking on that trip so I didn't go again until they started setting snares in Southeast not far from our house.  A new path?  You bet I'll come check it out! 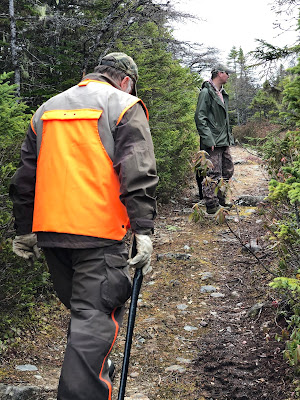 I'm glad I did because I've ended up on this path quite a few times since the snow started falling.  It's not full of tripping hazards like the other one I usually use and the incline isn't quite as steep either. 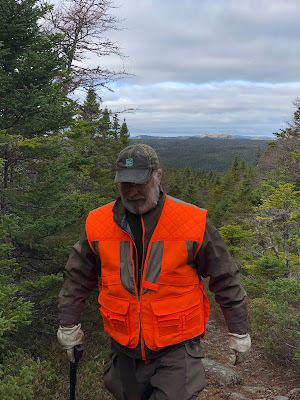 Here's another video, this time of what checking rabbit snares is like for me and Vader.

There is a lovely stream just off the path that I've become attached to, I'll share some photos and video in the next post!
Posted by Pam at 10:00 AM

Email ThisBlogThis!Share to TwitterShare to FacebookShare to Pinterest
Labels: Newfoundland