The pictures in this post were taken in September

I bet you didn't expect a story about "The Horse" to start out with me holding a kayak paddle. 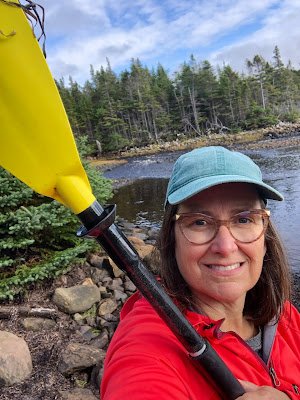 I'm sure no one remembers, but I posted about a paddle I took in the waters of the Southeast Arm where I discovered a little area full of horse trails amongst other things.


I went back in September to explore a little more and see if I could get a glimpse of the horse.

We'd had a lot of rain and the ground had been sloppy in spots on my previous visit so I made sure to wear my boots. Mud and droppings added to the fun.  Good boots are a must in Newfoundland! 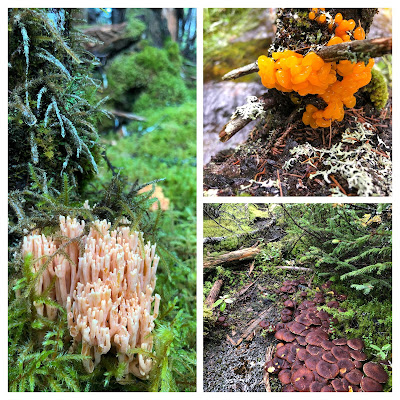 All that rain was good for the fungi, and I saw quite the variety out there. 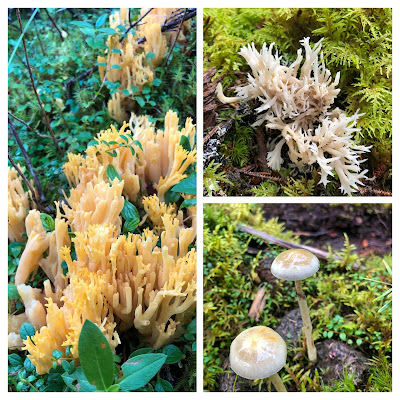 Those new boots of mine were just the ticket to get me across the wetlands to where I'd spotted the horse from our boat. When I went shopping I just went ahead and bought a pair of mens boots, they just don't think women need gear as durable for some reason. 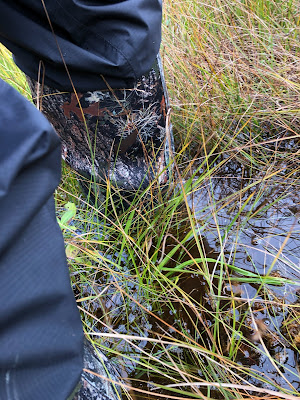 There was so much water I was surprised I didn't see fish swimming around my ankles!


It was a bit early yet for real fall color, but the ferns were putting on a good show so I made sure to get close enough to get a picture which was a feat without having to go for a swim. 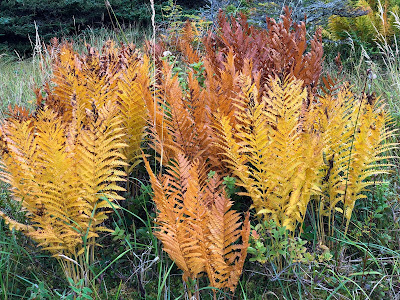 And when I turned around, there was the horse, watching me from the edge of the woods! 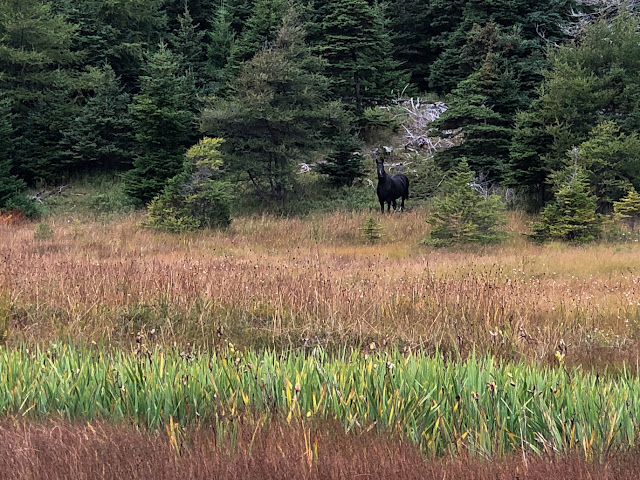 I'm told one of the locals brings it out for the summer to pasture there and it just stays in that area, munching away on all the nice grass.  I gave him his space and moved back to the shore and headed back toward my kayak. 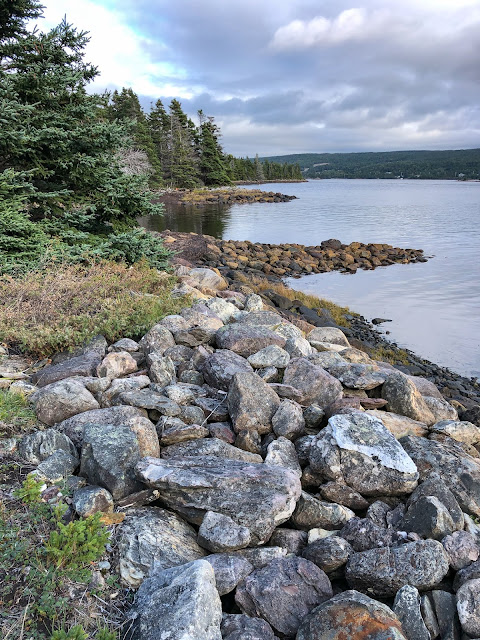 I crossed a nice little stream and next time I'll see how far I can follow it back into the thick woods. 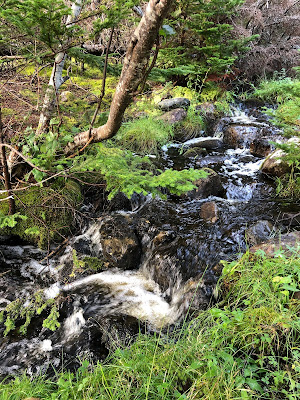 More stories to come before I get caught up!
Posted by Pam at 10:00 AM