Things Will be Great When You're Downtown

I did a little exploring in Maryville on this trip down to the Smokies.  Some of it was practical, like finding a Jiffy Lube to get my oil changed and discovering the new super-duper Krogers, but I made time for seeking out a few little treasures too.


Since it was Saturday I checked to see if Maryville had a farmer's market and they do hold one at Founder's Lot on Broadway Avenue so I stopped in.  Not much produce this time of year but lots of baked goods, some jewelry and a couple of booths selling honey and bee related items. 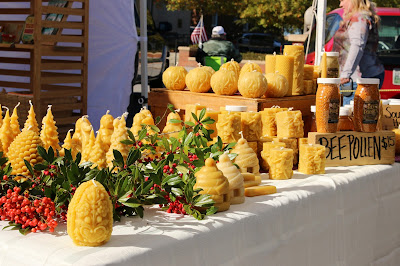 I bought a jar of jam (peach vanilla) and some pumpkin loaf before turning my eyes toward the surrounding downtown area.  Across the street was the old public library which has been re-purposed and is now a cute gift shop called Dandy Lions. 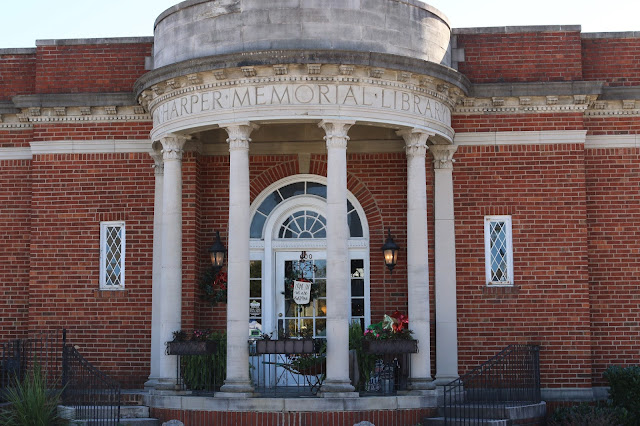 And the lions were quite "dandy" dressed in Christmas bows. 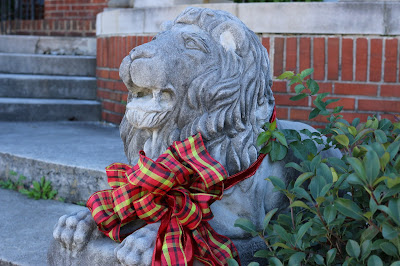 I wandered in to a few boutiques and found out there are many ways to make patio furniture out of unwanted items, don't limit yourselves! 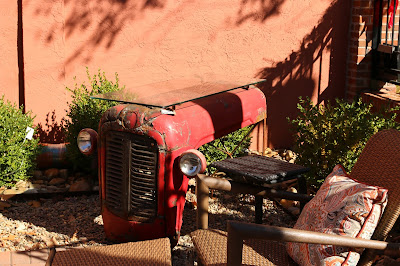 I really like the Royal Crown Cola advertisement on one of the buildings and it led me down to a little park on Pistol Creek.  The other photos I found online of this spot show the sign faded so maybe it has been updated but I could find no info about it.  I haven't had an RC Cola in too many years to count! 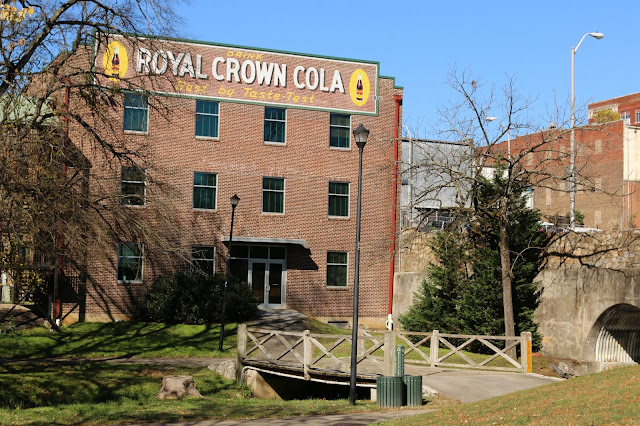 But the real taste treat was a blackberry BBQ "hand pie" which was like a popover pie from Lambert's Southern Pies.  Everything else looked delicious there also so if in Maryville again I know where I need to go to get fed.  And that BBQ sauce was to die for, I've been checking out recipes online. 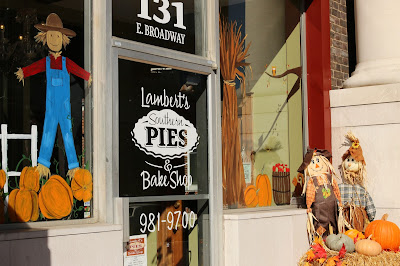 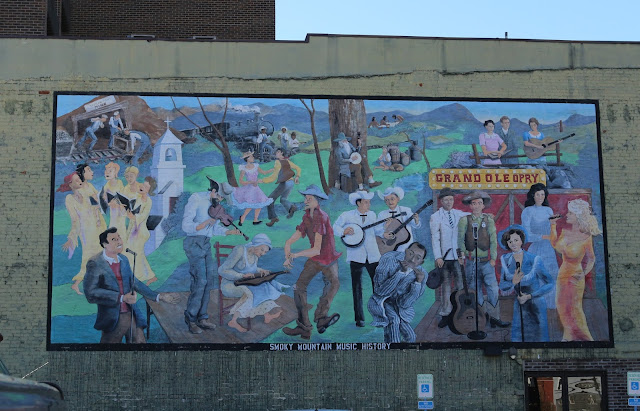 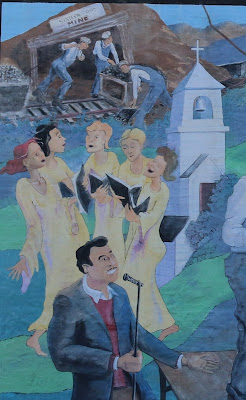 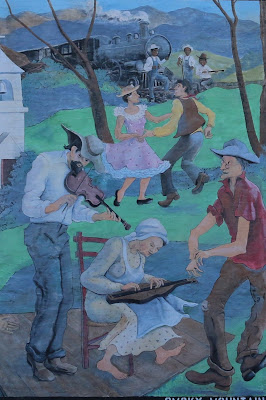 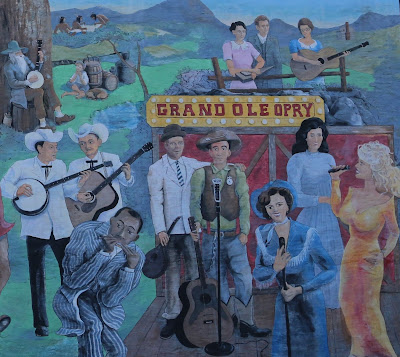 Sharon knows a thing or two about music and the area so perhaps she'll chime in with some insights into what is going on in this very detailed mural.  Contributing to Monday Mural.
Posted by Pam at 6:30 AM