Wet and Muddy at Beaver Falls

One of the first adventures I had after moving to Southeast Placentia was to look for Beaver Falls.

I was told the path was on the left just before the 2nd bridge. Sure enough, there it was! And looking pretty mucky after a rain. 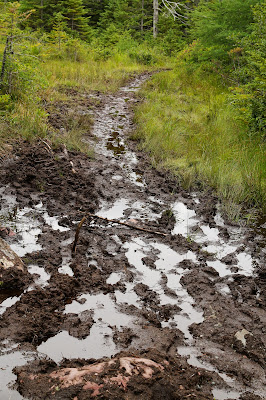 My mistake was in NOT stepping in the deep, watery footprints.  I landed between two logs someone had laid down that were unseen under the muddy water and down I went.  But you know that camera stayed high and dry! 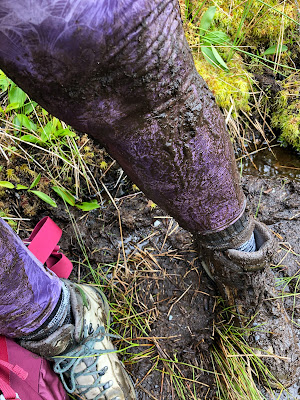 Hoping I didn't run into anyone in such a state I continued on, soon seeing signs of previous habitation right at the edge of the ravine.  A narrow opening just behind invited me to explore, but first I had to follow the sound of the rushing water. 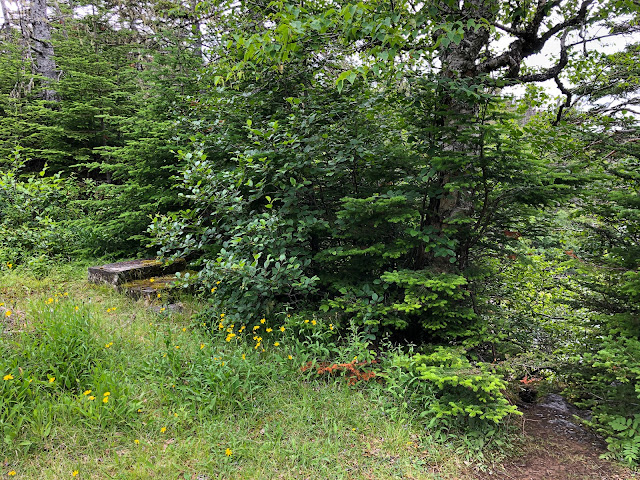 The side was pretty steep so I left my backpack behind for better balance but it was worth it!


Back up on the hillside I looked into that opening and followed it along the cliff for about 10 minutes, now and then seeing the river below. 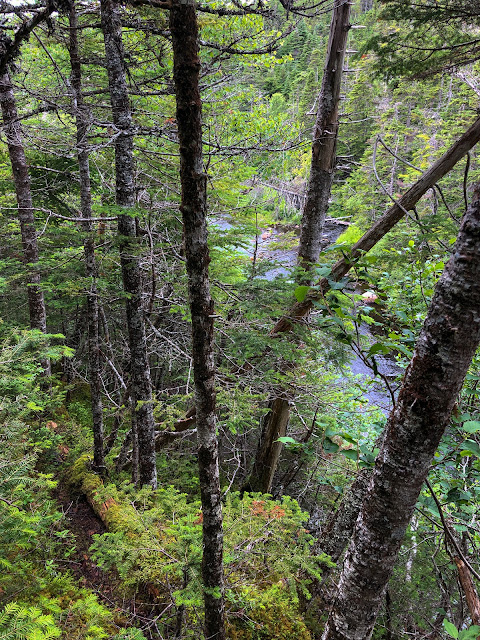 When I got to the spot where the path ended it was still too high above the water for a safe route down so I turned back. 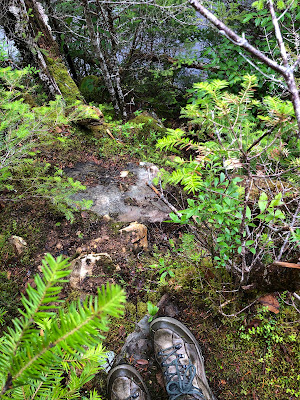 I'm glad I carried on so far because when I turned around I saw Pinesap just behind me on the footpath, almost hidden in the moss beneath a tree.

Here's a quick look at my passage through the woods:


Squeezing through the woods after a heavy rainfall left me a bit soggy, but now at least I was wet from head to toe!  Pushing my way through ferns and other foliage had brushed most of the mud off my pants as well. 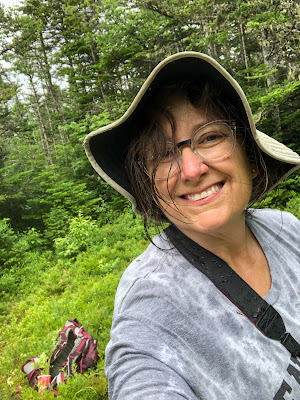 Back out on the road I took the path used by fishermen above the falls. You know I had to see how far that wound along the river too.

And when the sun started to come out I just kept swatting at the flies and putting one foot in front of the other.

In the past folks have commented on my ability to seek out the small details and here is my secret: Don't "look" for the damselflies...look for a spot of blue. The same goes with wildflower hunting, I just scan the ground for anything not green or brown and that's how I see the tiniest of blooms.

My eyes scanned ahead, alert for moose on the horizon, but I was all alone. 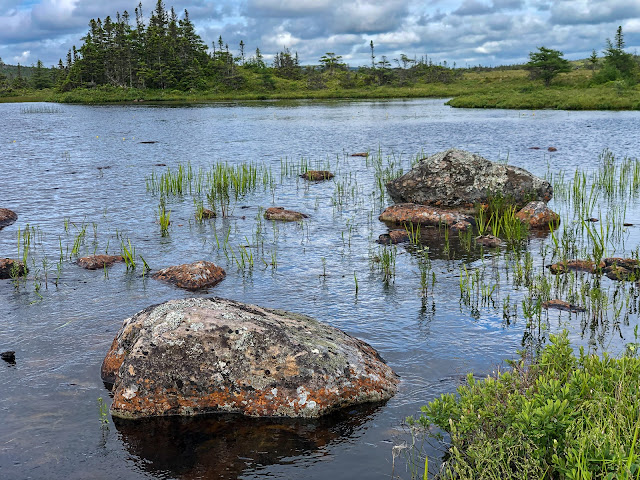 And then the river just disappeared, tapering off into the bog, a ribbon reflecting the bright blue sky. 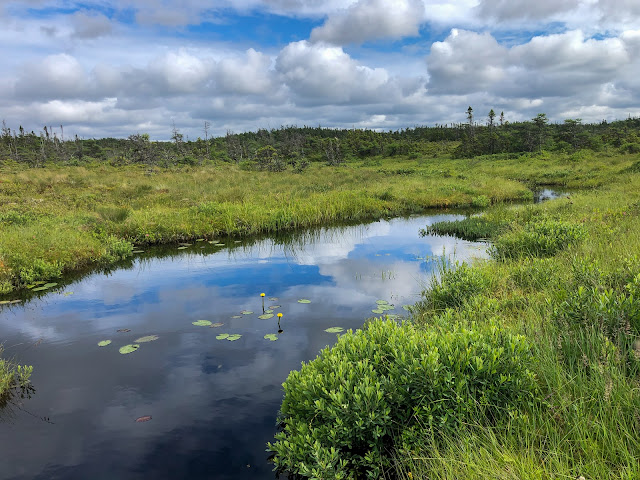 I would have struck off across the land but without rubber boots or a path or river to follow I would have been begging for trouble.  Sometimes you have to listen to the voice of common sense in your head unfortunately!
Posted by Pam at 3:00 PM