We took the path behind the church for the next leg of our journey, making occasional stops to clear blowdown.


Eventually we encountered a mechanical problem and had to abandon our efforts...And now we know to bring a few small items in case of mechanical problems!  That's what happens when you buy the chainsaw half an hour before you leave. Still, listen to the chainsaw in the video below, she's lightweight but mighty!

Once we reached the cemetery at the old stone church (for more information see my post from last year here) it was nice to see the headstone my aunts and uncles brought out 15 years ago emerge from the tangle. 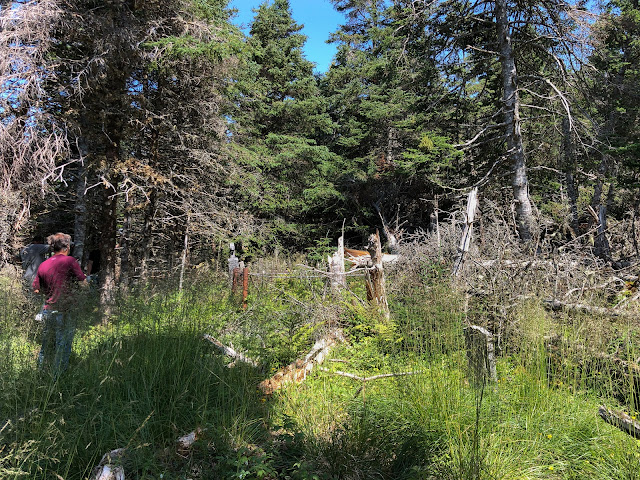 As daunting as the task appears, most of it is just grass and moss.  The trees don't grow very wide in these parts and most of them have been blown down already. But under the trees...hopefully headstones, but I fear many may have been made from wood and will not be recovered.

Out here it isn't uncommon to find multiple names on the same stone, the one below is for Garrett J. Hickey, Anne Hickey and Edmund Hickey. 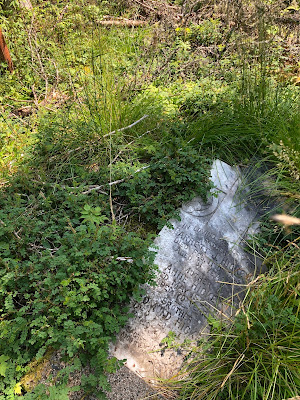 Though I searched carefully, the St. Kyran's side of the cemetery held few stones that were visible. 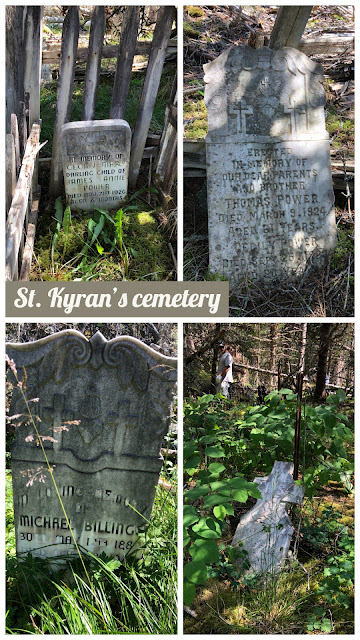 For some reason the St. Leonard's side is much clearer and had more stones.  The likely reason is it has had more visitors over the years who have maintained it. 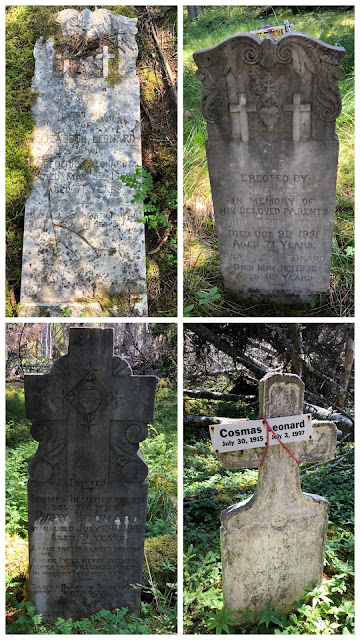 I'm just now noticing that the same design with two crosses was used on multiple headstones. I'm sure there was only so many designs to choose from.  Where did they get their headstones done?  Probably ordered and then sent over by boat with no roads to any larger towns. 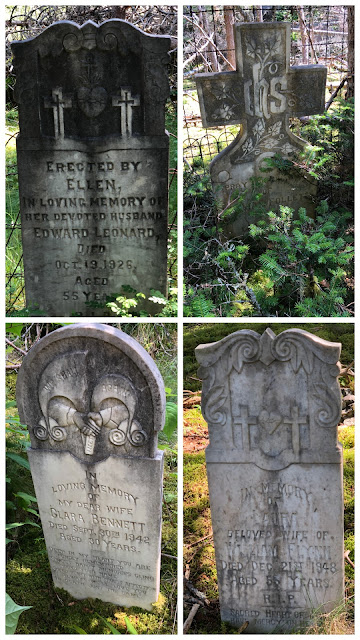 See the stone on the ground? I'm hoping we'll find a few more underneath the moss which is so easy to pull up by hand or with a short-tined garden rake. 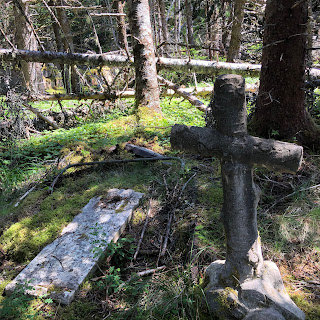 At this point we were well into mid-day light, making it difficult to get any shots of the remains of the old stone church that burned down pre-1921.

In the video below all the trees you see are INSIDE the church remains.  There are actually less outside the church, again probably due to visitors clearing the grave sites in the past.

After visiting the cemetery we stopped at Chapel Pond and filled up our water bottles. Then on to St. Leonard's!

This 16 second video below shows where work on our cabin will probably be happening.  We need to see the survey and the deed to verify the boundaries.

Out in St. Leonards it's easier to imagine where houses used to be, and Jim was quick to point out where he lived and even that there might be remains of the house behind the trees that have grown in.

What timing! It seems our arrival coincided with the Rogers' clan's landing! 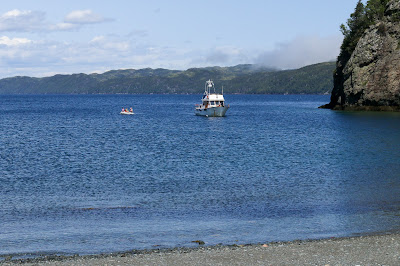 We rested on the beach while we waited for them to row ashore, and Vader took a dip to escape all the flies tormenting him.

When they arrived I busied myself with keeping the flies off the dog while they swapped stories.  They discussed the pair of bald eagles that have been nesting at St. Leonards and how they had to move their nest after it blew away.  Did you know that when they first leave the nest, bald eagles are not good at catching fish? They learn to hunt by first picking up dead fish along shorelines, and then progress to picking up dead fish floating in rivers and lakes. It may take months for an eagle to become reliable at catching live fish.  But adults can dive at up to 100 miles per hour to catch a fish, and young eagles roam great distances. Florida birds have been spotted in Michigan, and California eagles have traveled all the way to Alaska!

Another flying inhabitant decided Wayne's head looked like a good spot to land for awhile.  I'd say he was there a good 10 minutes and he wouldn't disturb it because having one land on you is supposed to be good luck!

That good luck came into play when we got loan of what we needed to fix our chainsaw!  The Rogers clan moved off to explore a bit before heading toward the church, and we gathered ourselves to head back and fix our chainsaw. 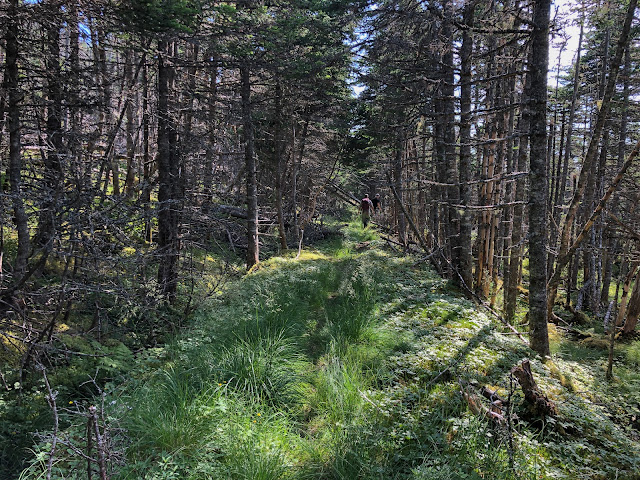 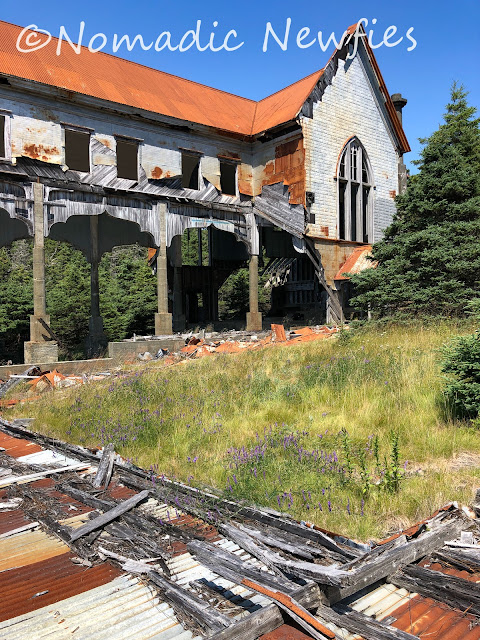 If you missed the other posts in this series follow the links below:

Getting Across the Bay - Part 1
Wandering St. Anne's - Part 2
Questions About the Past - Part 3
Telling Stories - Part 4