A lot has been happening in the United States these days.  I've always felt a bit helpless in putting my thoughts into words when it comes to injustice...now I can paint. 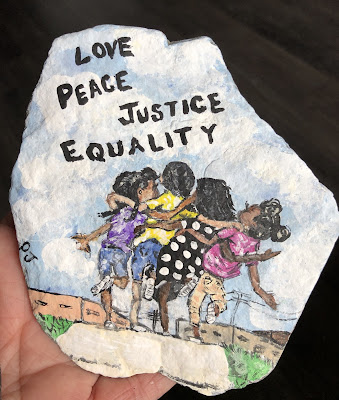 My daughter who lives in Wisconsin left her job as management at the YMCA.  She wasn't there long, but she was there long enough to discover that not all non-profit organizations have the good of the community as their primary concern.  Her timing worked out great because she got offered a job she applied for back in January that they didn't fill until now.  She is going to be working at a group home for teenage girls in two weeks and in the meantime has a lot of training to be ready for all the situations that will come with that huge responsibility. 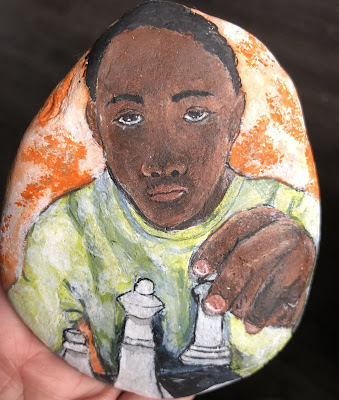 When I was younger I spoke out, not as loudly as Katrina does, but my world is smaller and my ways of raising awareness are more measured.  My heart breaks for those who suffer and I hope that change is on its way.

Just Short of the Top on My Birthday

Somebody had a birthday, and that somebody was me!  So I stopped at the store for a birthday treat and to say hello to a few familiar faces. 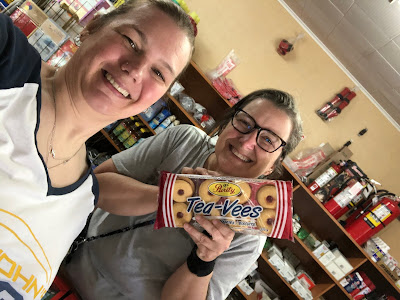 Then I hid a rock for a special little cousin based on her favorite pal Pepsi.


And finally I was off to the small town of Sunnyside to do a bit of hiking!  The sun was shining and I was not about to let a beautiful June day go to waste. 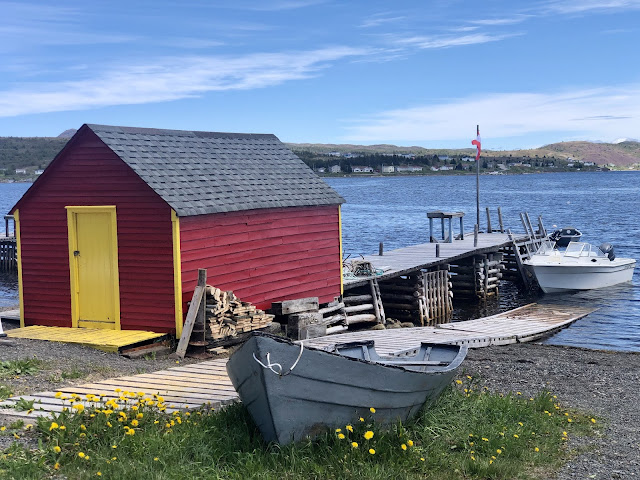 I had stopped in Sunnyside last fall for a quick look at the Centre Hill Trail, but now it was time to tackle the 10 km roundtrip hike.

Within 15 minutes I was crossing the bridge where I had stopped previously and filling my bottle with water. For two and a half hours I plowed uphill, some spots loaded with blueberry bushes... 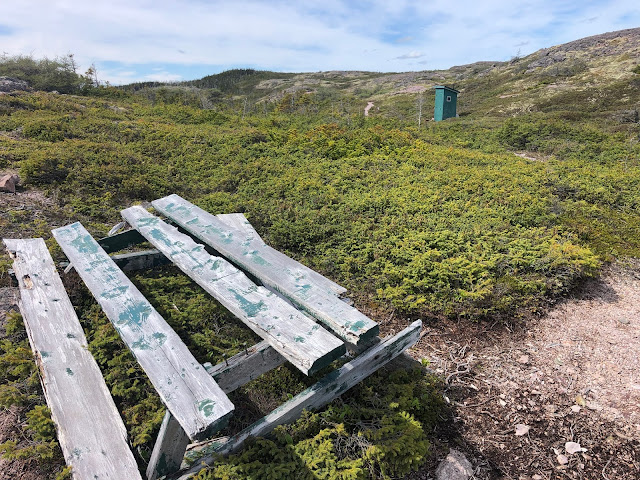 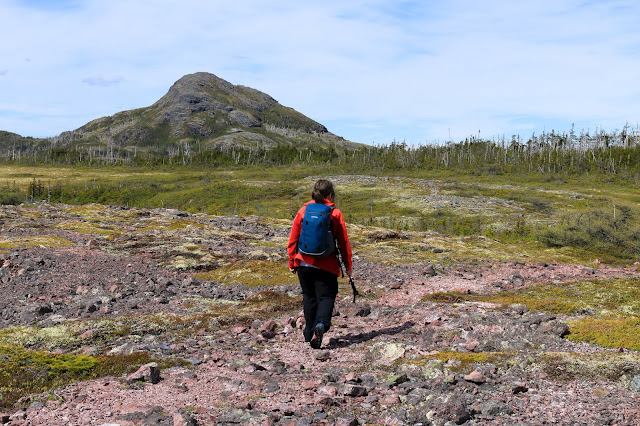 ...and one spot destined to be a tripping hazard.  I took one look and said to myself, that looks like a lovely place to have a fall.  Five seconds later I was on the ground with a bruised hip and a throbbing knee.  Who knew I was psychic? 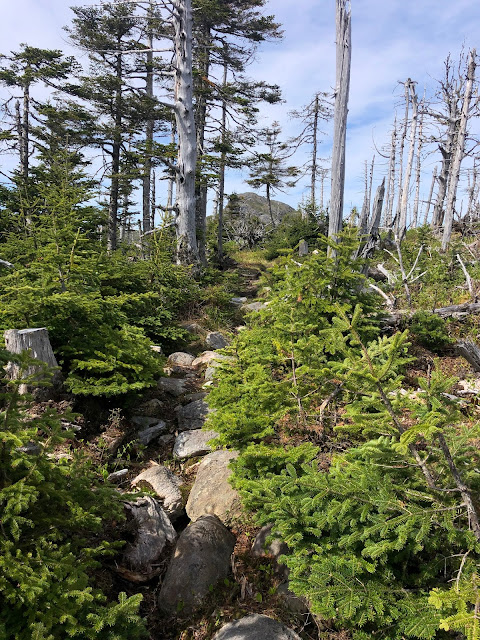 I saw the big hill in the distance, legs starting to tremble, and hoped that the final destination was a little short of the peak. 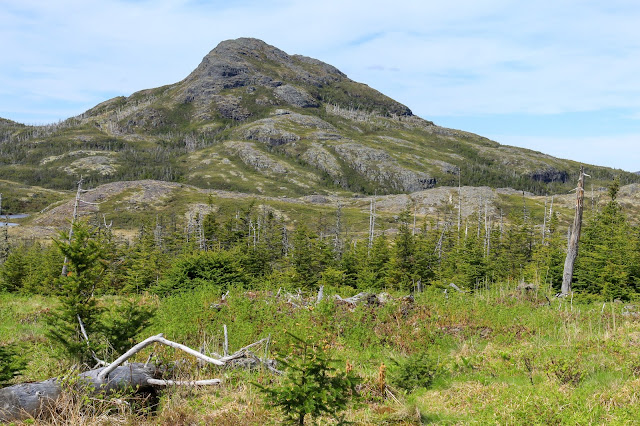 No worries about being confused in the wilds of Newfoundland if you come for a visit, the names on the signs will say it all. 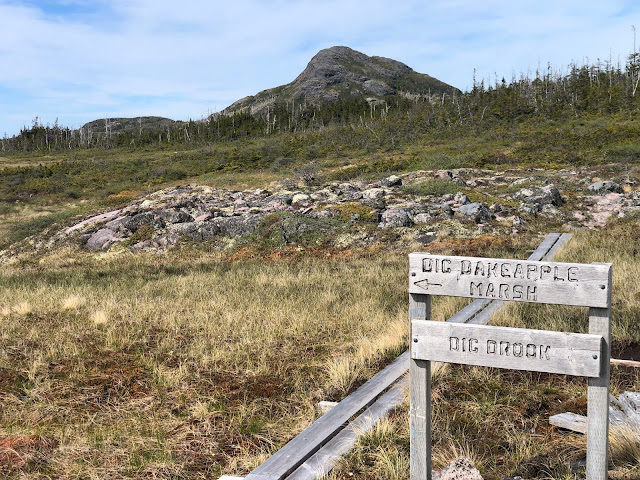 A gal came up behind me RUNNING and informed me I was at about 3.7 km and she breezed past me to the peak.  What?? 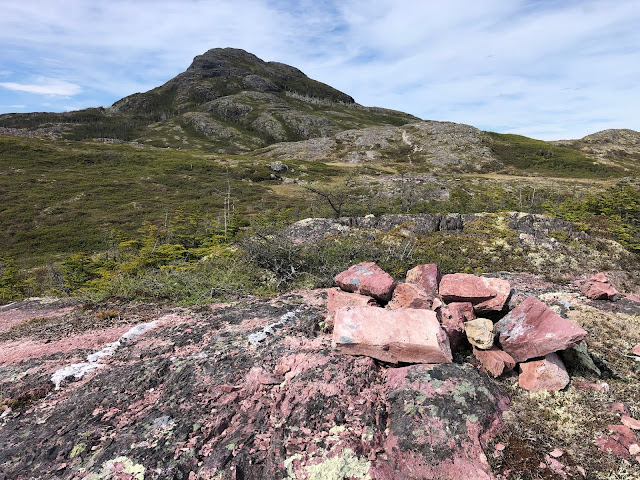 Okay, okay, the throbbing knee had returned to normal so I told myself to take my time and see how far I could make it. 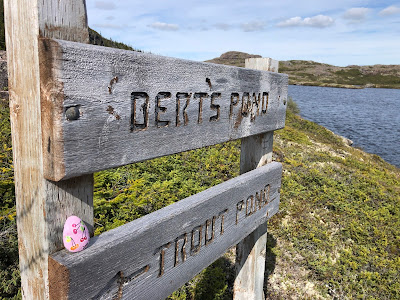 Was I still on the trail??  It seemed more like a hillside runoff and in spots I had to grab onto trees and haul myself up, hoping I didn't stumble with my muscles running on empty. 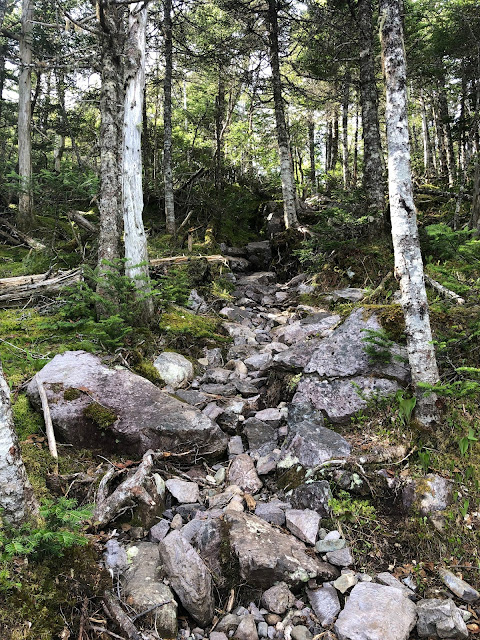 Up above Bert's Pond but with probably another half a kilometer to go I decided I was far enough.  I was tired, I was alone, and as it was my birthday I was pretty aware that I wasn't young anymore and should know my limits.


So I only did 9 km instead of 10 km, so what if that girl at least 20 years my junior sped past me with her dog again on the way back like it was a jog around the block?  I was happy to have gotten out for my first big hike of the season at last and to make it home with only a few bruises.


Back at the car I had to rest before struggling out of my sweat drenched clothes, and then made another delivery to a little Harry Potter fan in Sunnyside.  I have a soft spot for kids who read and when I heard she was a Hufflepuff fan I had to reward her with a custom rock. 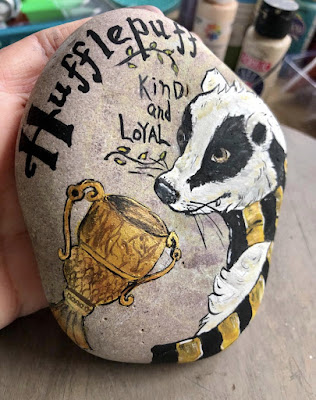 My goal is to get out for a big hike at least once a week, and probably stay out overnight for the rest of the summer.  I'm giving up on promising to post in a timely manner, obviously I just have too many hobbies but I'll do my best!