Newfoundland is still only allowing visitors from the Atlantic Provinces to maintain our non-existent (only cases in months have been from returning travelers in self-isolation) Covid-19 status.  Newfies are all on-board with this policy, and have also embraced the province's Staycation suggestion.  Newfoundlanders are exploring their own province like never before, and I figured I better get in on that before summer was over. 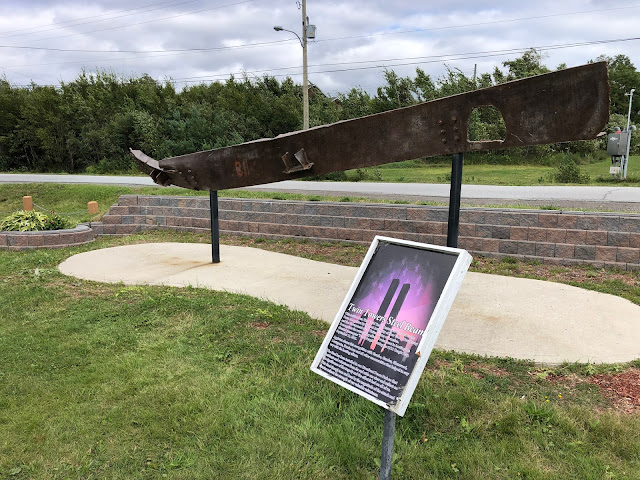 My first stop was the Appleton Peace Park which has a steel beam from the Twin Towers.  Appleton is a small town outside Gander, where 38 planes carrying 6,700 passengers were forced to land when the Twin Towers were hit. The generousity of Newfoundlanders is legendary, but you'll have to "come from away" another year due to the pandemic I'm afraid. 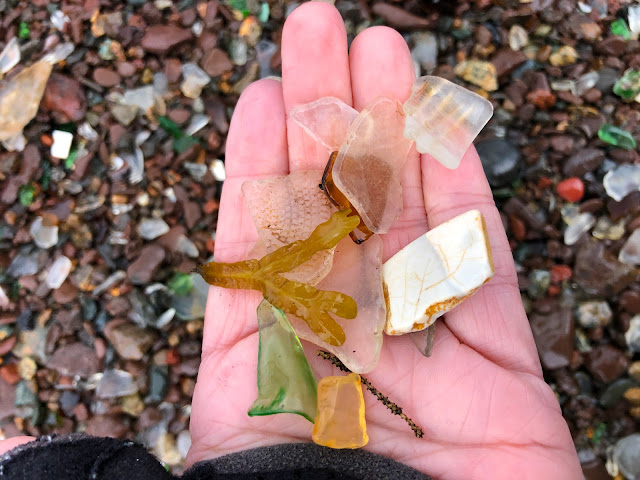 Then it was on to Springdale in scenic Green Bay, just 7miles off the TCH and home to Glassy Beach.  The tiny cove was the site of a former landfill and many shards of now smoothed glass.  Much less than in previous years though as many visitors take bags full home with them.  I left what I found for others to enjoy. 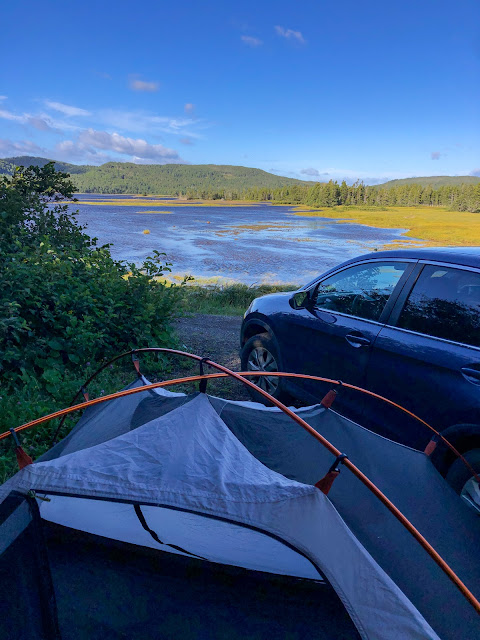 It was getting dark and I was without a place to put my tent.  Glassy Beach was too small and eventually I found myself at the trailhead for Indian River Walking Trail.  I set up in the dark and the rain, and woke to a beautiful morning! 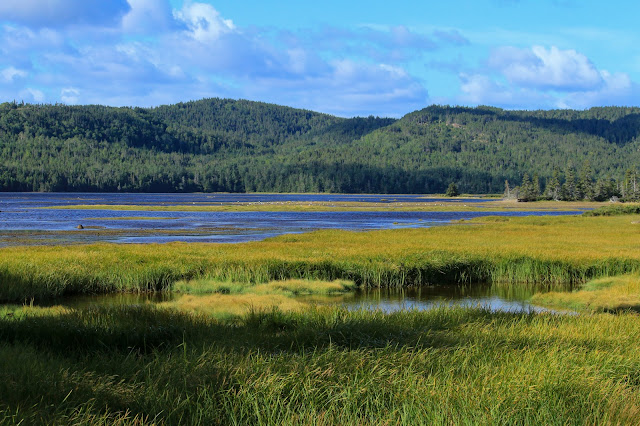 The trail system starts with a boardwalk along the saltwater marsh and continues along the river. 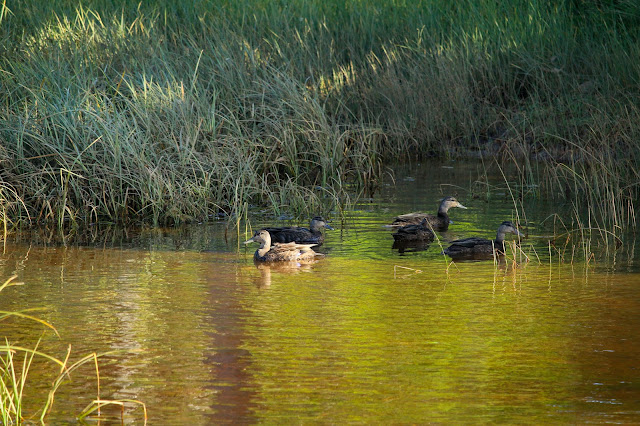 I saw a few ducks and few crows, but luck wasn't with me to see any more birds than that. 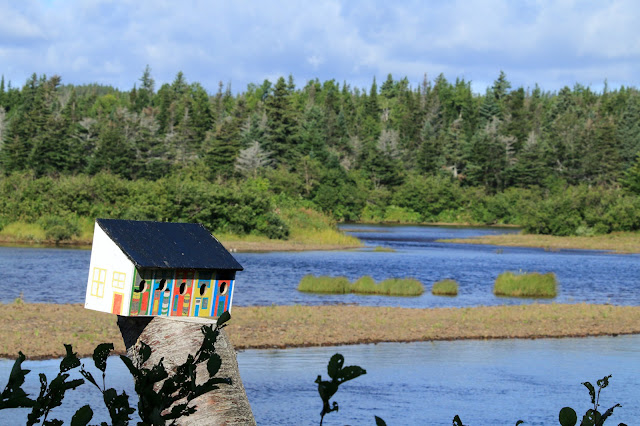 The trail was 40 minutes roundtrip and completely flat, an easy walk with lovely views. 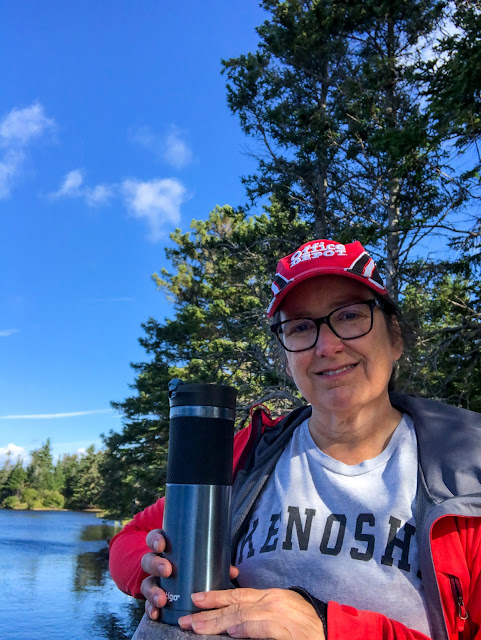 Appleton yesterday, Green Bay this morning, you'd almost think I was in Wisconsin. I wanted to show Newfoundland that my heart is with Kenosha and the troubles happening there as I roam the Green Bay area today.  Kenosha I love you, everyone be safe!
Posted by Pam at 8:46 AM 2 comments:

I had thought about staying right out on the Skerwink Trail in my tent back in June (and next time I will!) but after I mentioned it to a fellow hiker I realized it might be safer not to advertise I was alone in such an accessible spot. 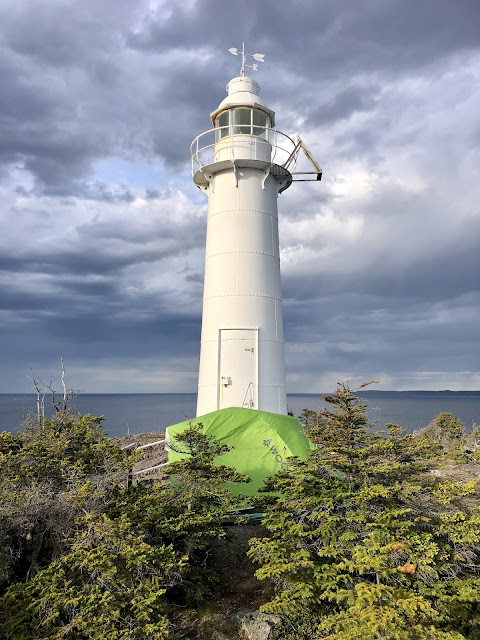 So off I went to King's Cove to have a new adventure before the day was done.  After a rough ride on a long gravel road I finally reconnected with pavement and arrived at the small town of just under 100 residents. 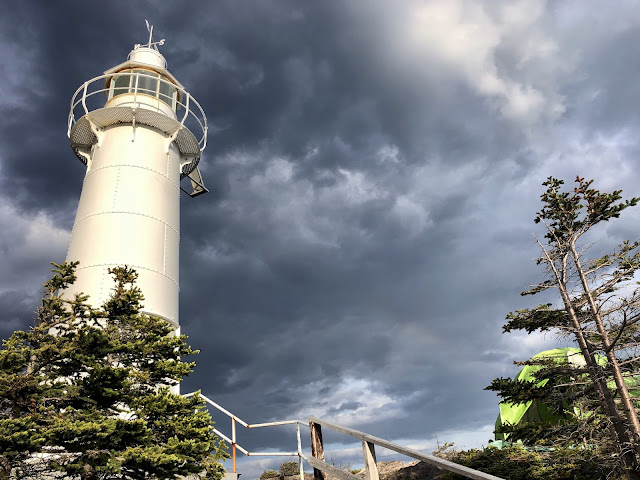 I parked at St. James church and began my trek out to the lighthouse with all my gear in tow.  Past the meadow and up the hill through the clouds of black flies waiting for me in the trees I went, sweat pouring off me and my arms quivering from the extra load in my arms and on my back. 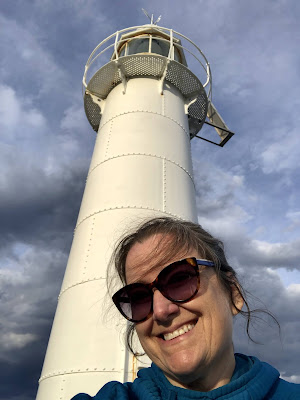 While having a rest and letting the sweat dry I heard motorized bikes approaching.  Two local gentlemen accompanied me the rest of the way to the light, happily helping me with my gear and showing me around. 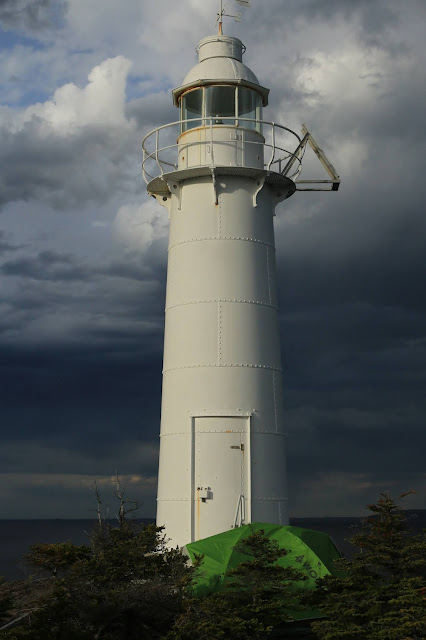 Even though it was solid rock at the light itself that is where I decided to pitch my tent to escape the flies.  The wind wasn't bad at all for being exposed to the water, and I thanked my new friends for their help and settled in for the night. 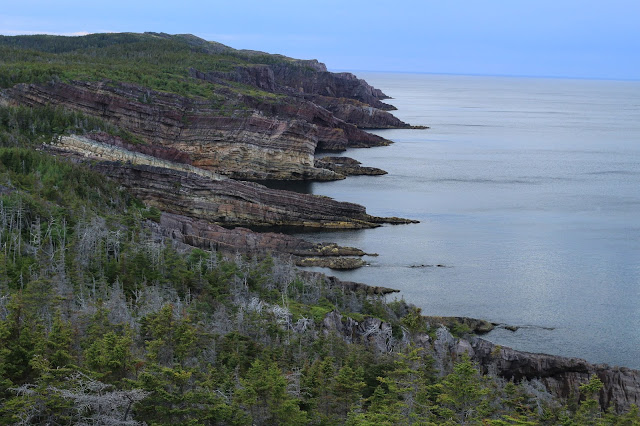 I'd been advised to make the short walk out to Fish Point for the view before sunset, and not only got a view of some fantastic rock formations but also a great view back to my tent.  As I've mentioned the black flies were numerous so I didn't hike the loop and will have to do that if I ever return.  Black fly season is short but miserable as they are tiny and their bite is painful.  Bug repellent doesn't do much to keep them away either so avoidance or bug net clothing is the best way to go. 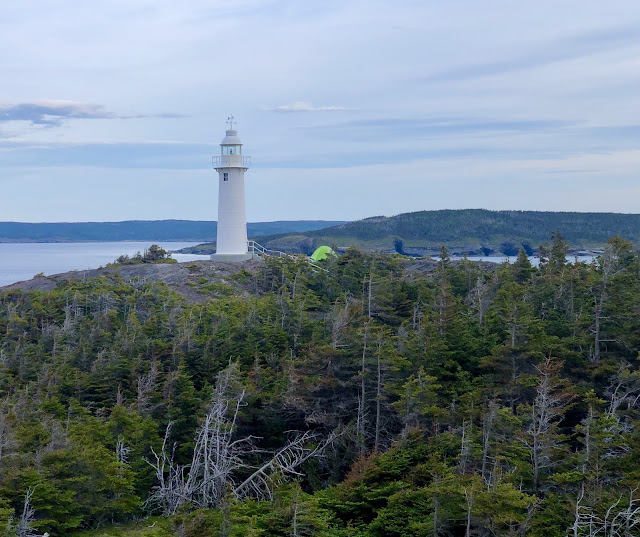 King’s Cove received their lighthouse in 1893 and the cast-iron tower was erected on Western Point.  Designed and manufactured in the Chance Brothers factory in Birmingham, England, the separate sections for the tower were shipped to Newfoundland and assembled at King's Cove using overlapping riveted joints, common to 1800's ship building and boiler making technology. 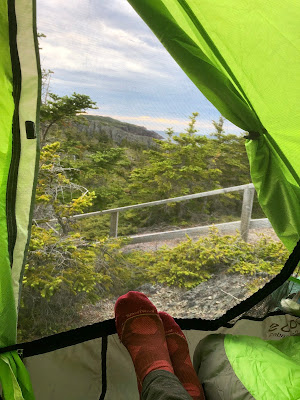 With all the lighthouses I'd been to over the years, how had it never occurred to me to spend the night?  To be fair back in the States just pitching your tent any old where is not really as commonplace as it is in Newfoundland.  Here anything is fair game as long as there isn't a sign posted saying otherwise. 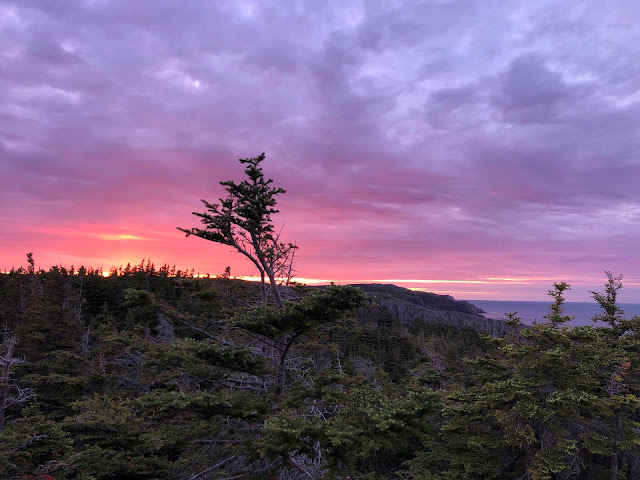 I was really glad I made the trek out once sunset finally arrived. Don't believe that is what it looked like? Here's the 17 second video shot from inside my tent panning from the sunset and then up to the lighthouse above me.


I was drifting off to sleep when I thought I saw a flash of light.  It was a bit windy but storms weren't in the forecast.  Then I saw it again.  And again. Umm, yeah, a LIGHThouse. 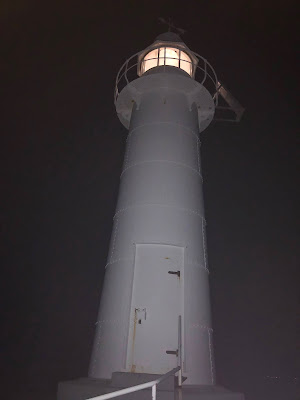 Once I realized what it was I discovered it was easy to ignore and drifted right off to sleep.  Thank goodness there wasn't a foghorn sounding!  Why don't people sleep overnight at lighthouse sites?  Maybe all the LIGHT? 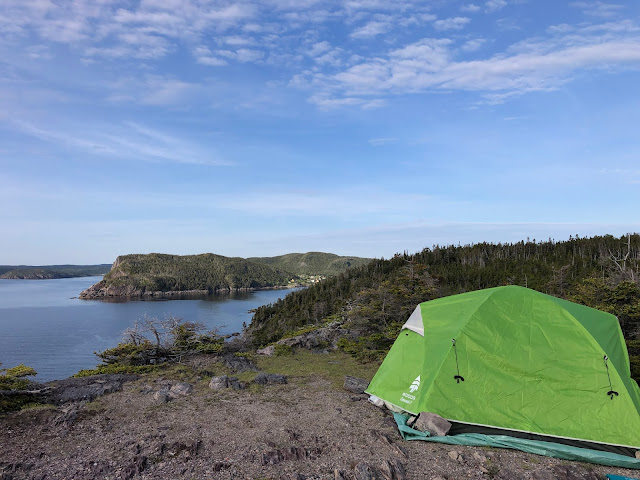 The morning was beautiful but the flies were out again so I had to pack up quickly.  A word about the tent pictured here.  I bought it at Canadian Tire and the material makes a very loud plastic rattling sound even in very light wind that has woken me frequently every time I've slept in it so I am now back to my old tent.  Not all waterproof tents use the same material, just a tip for anyone who might be in the market for a new tent!