Last week on Tuesday we left Corbin and headed to Frankfort.  I stopped there on my way back from my hiking meet-up at Red River Gorge with Sharon and enjoyed wandering the streets looking at the architecture. 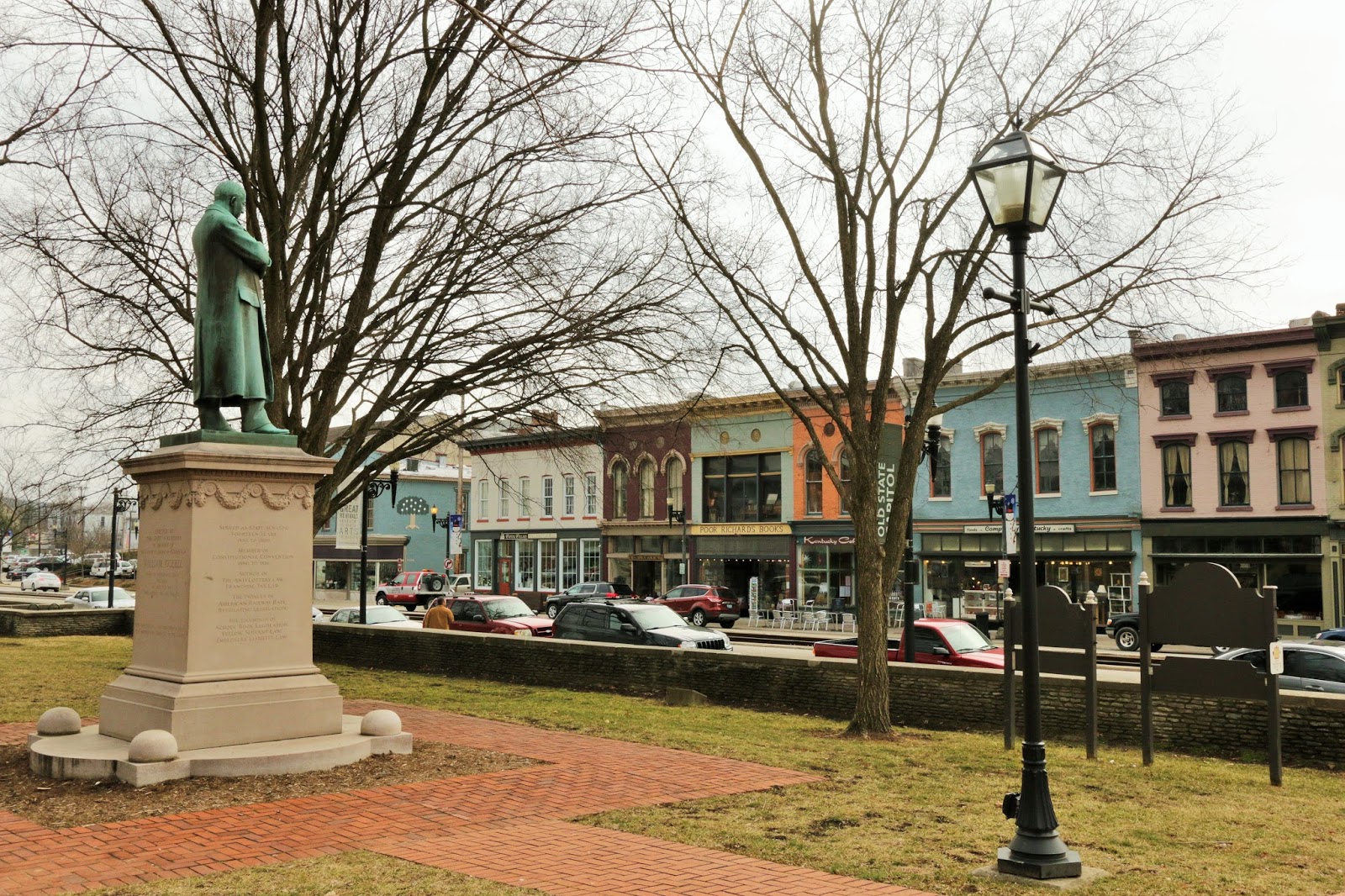 Twice now I've stopped in town and their old Capitol has been closed to tours for the winter.  I didn't have time to check out their new Capitol, but I did buy a few books in Poor Richard's by Kentucky authors. 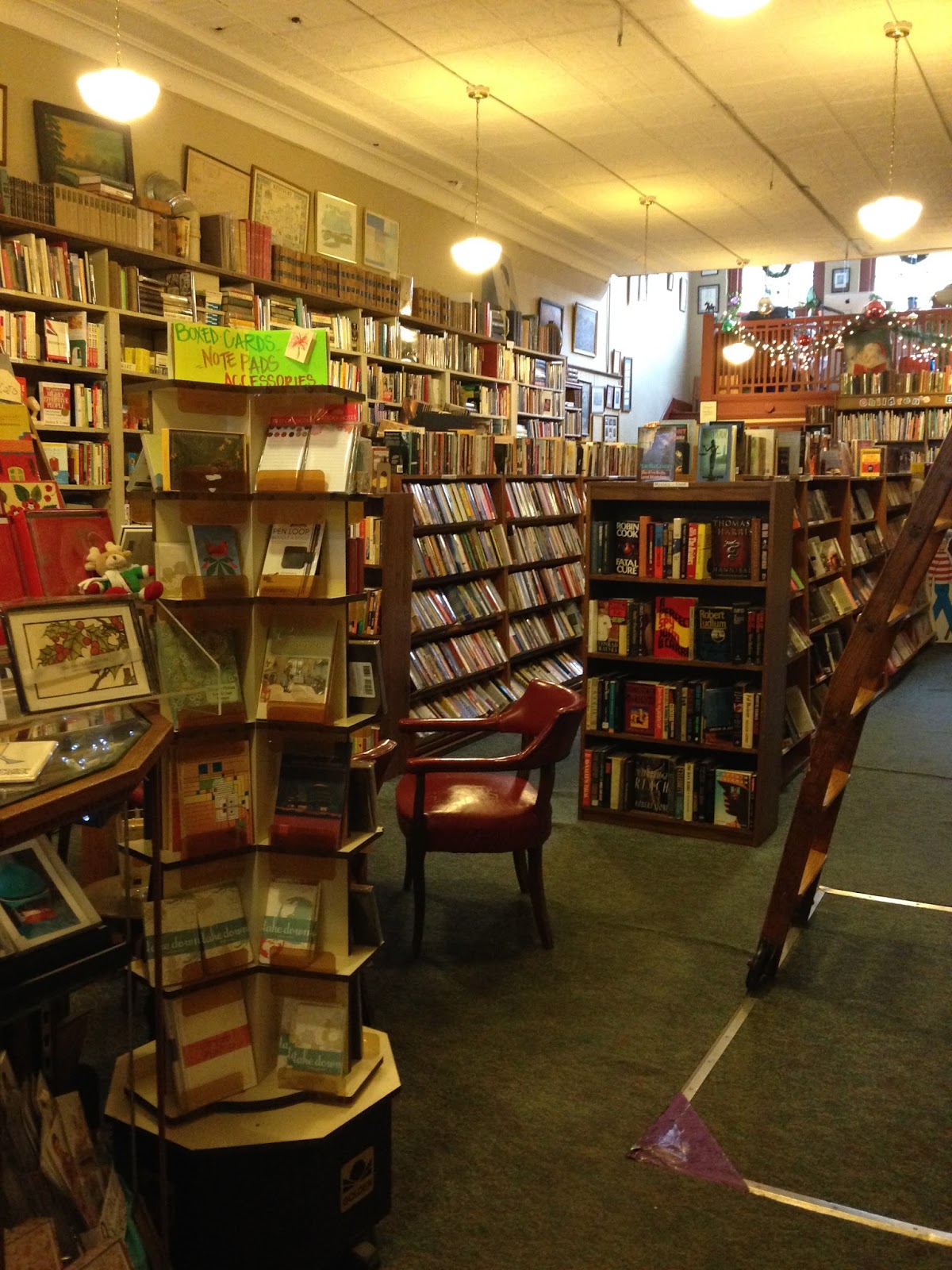 Their old downtown district reminds me of that scene in "Coal Miner's Daughter" where she goes in to town and sees Doolittle with another woman. It was shot in Kentucky but not in Frankfort. 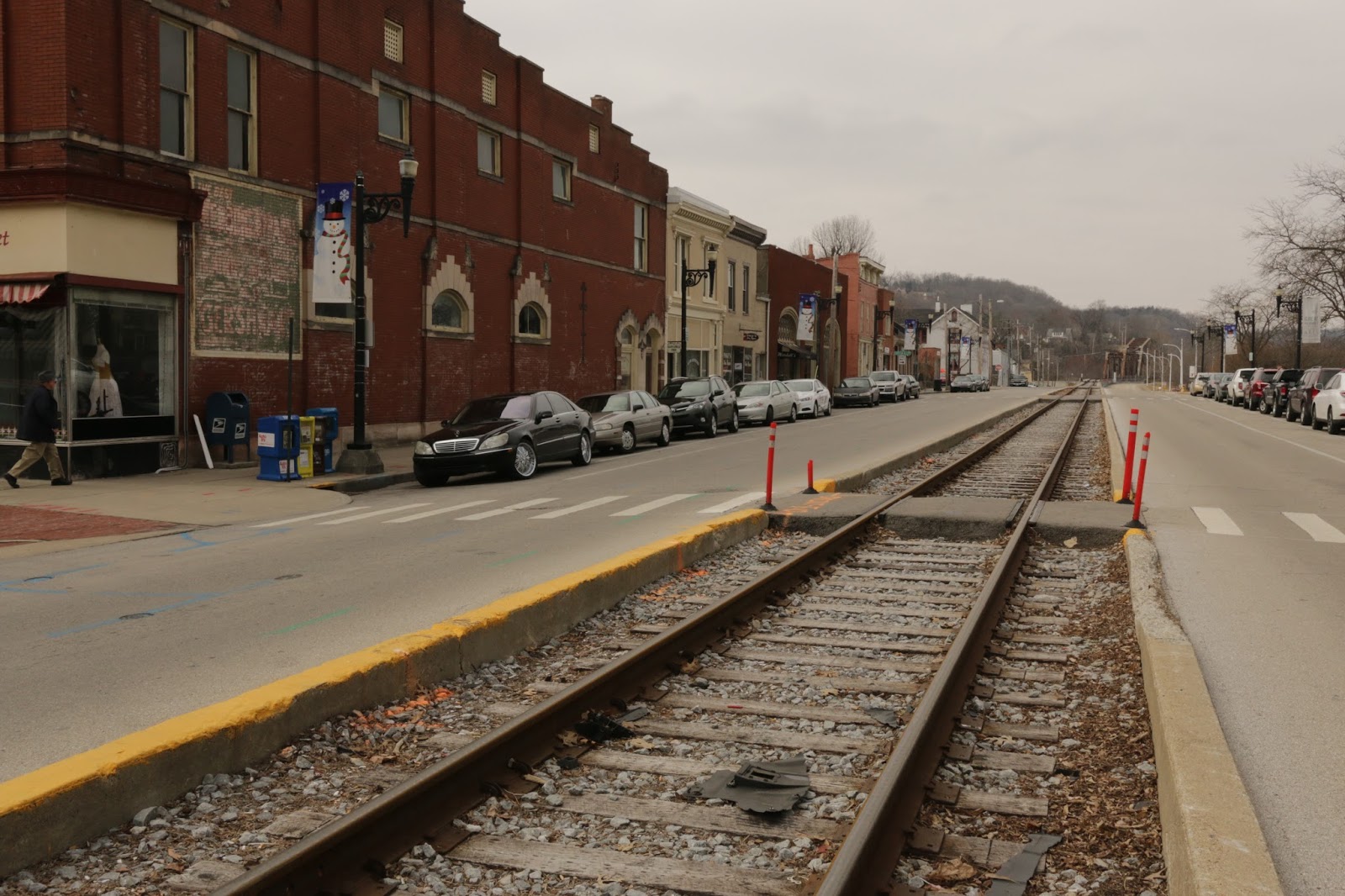 Cory and I were passing some time at Gibby's having lunch when a train came through and stopped right by where we were parked. 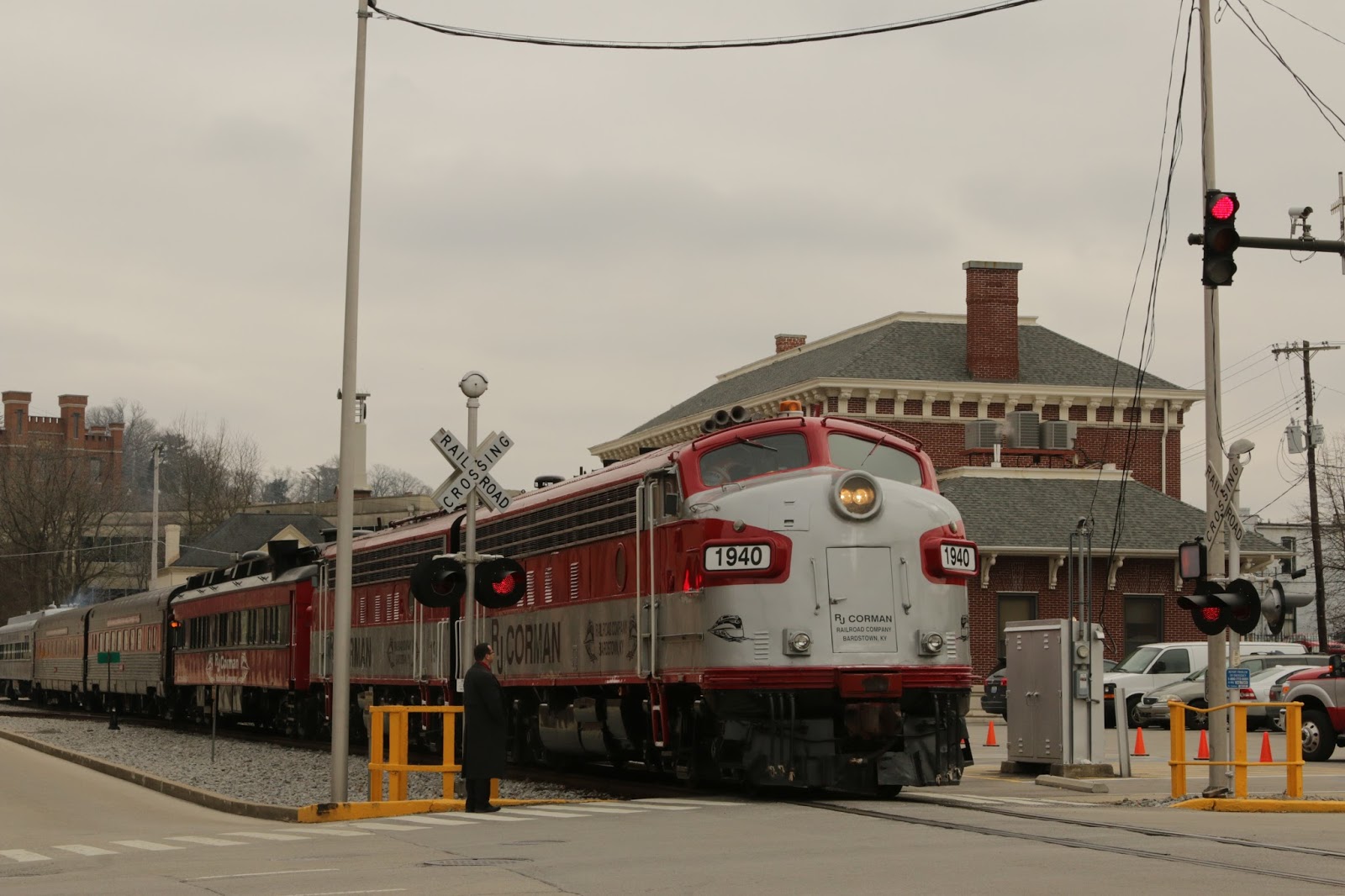 It was the train version of AAA since a few minutes later a man drove up in a truck and the train ended up being there for awhile. 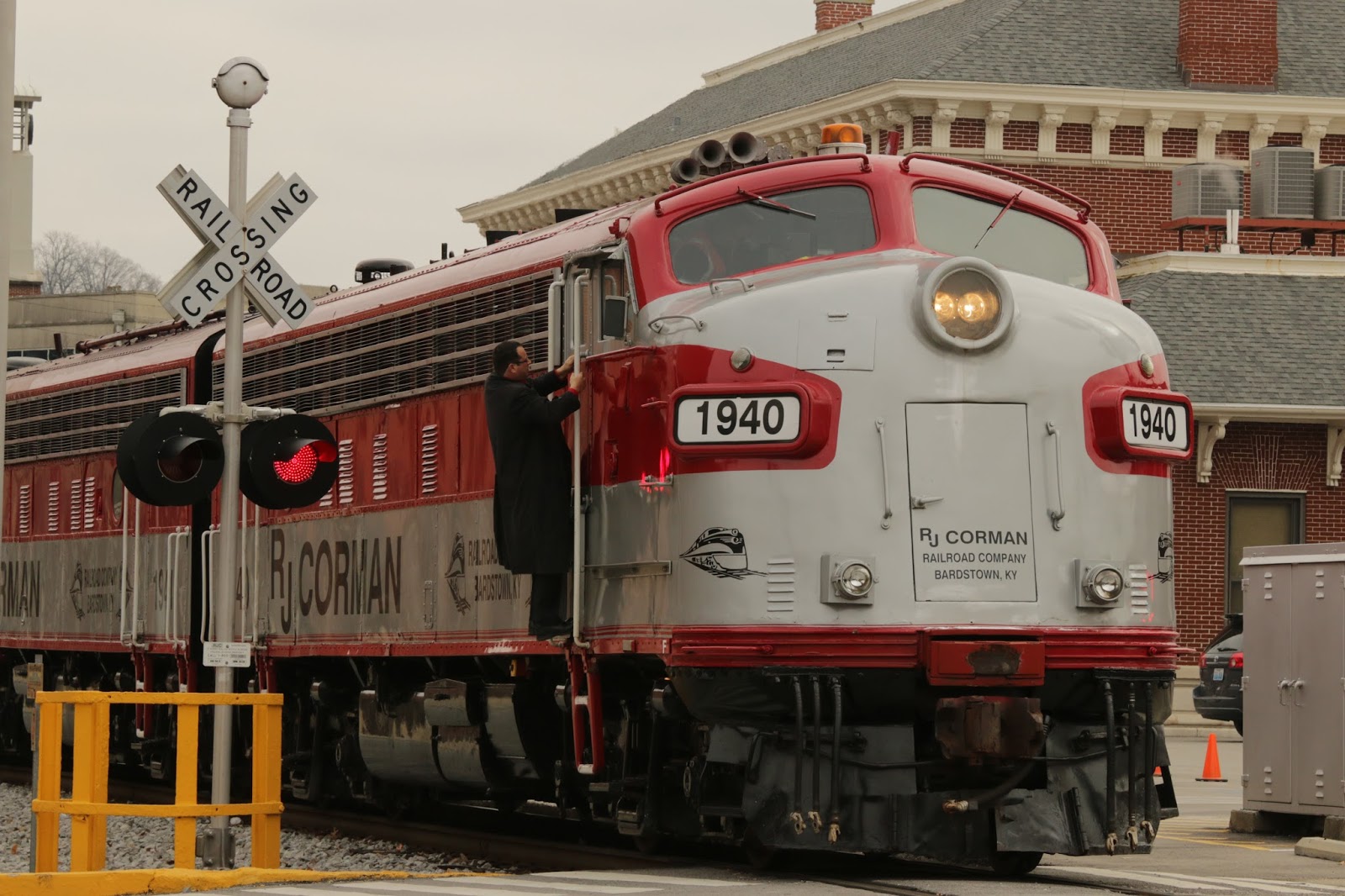 After taking the pictures we drove down Broadway to head to the Buffalo Trace Distillery and I caught sight of a mural along the train tracks!


The mural was designed by local artist Jennifer Zingg and paid for by Sherwin Williams and the RJ Corman Railroad.  The design was drawn and local children and adults completed it in 2011. 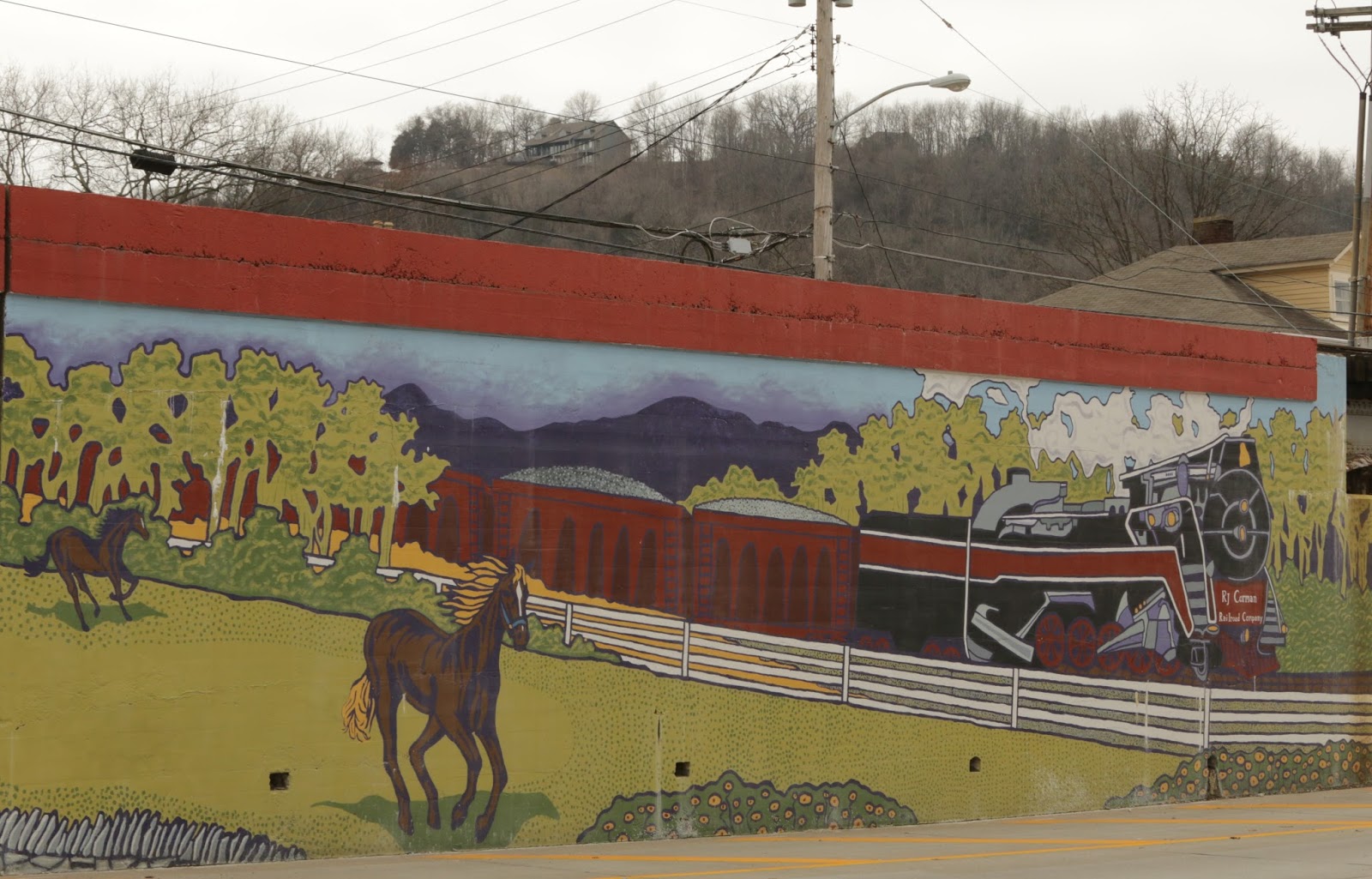 I thought it was pretty cool to see the RJ Corman engine in the mural right after we saw a real one. 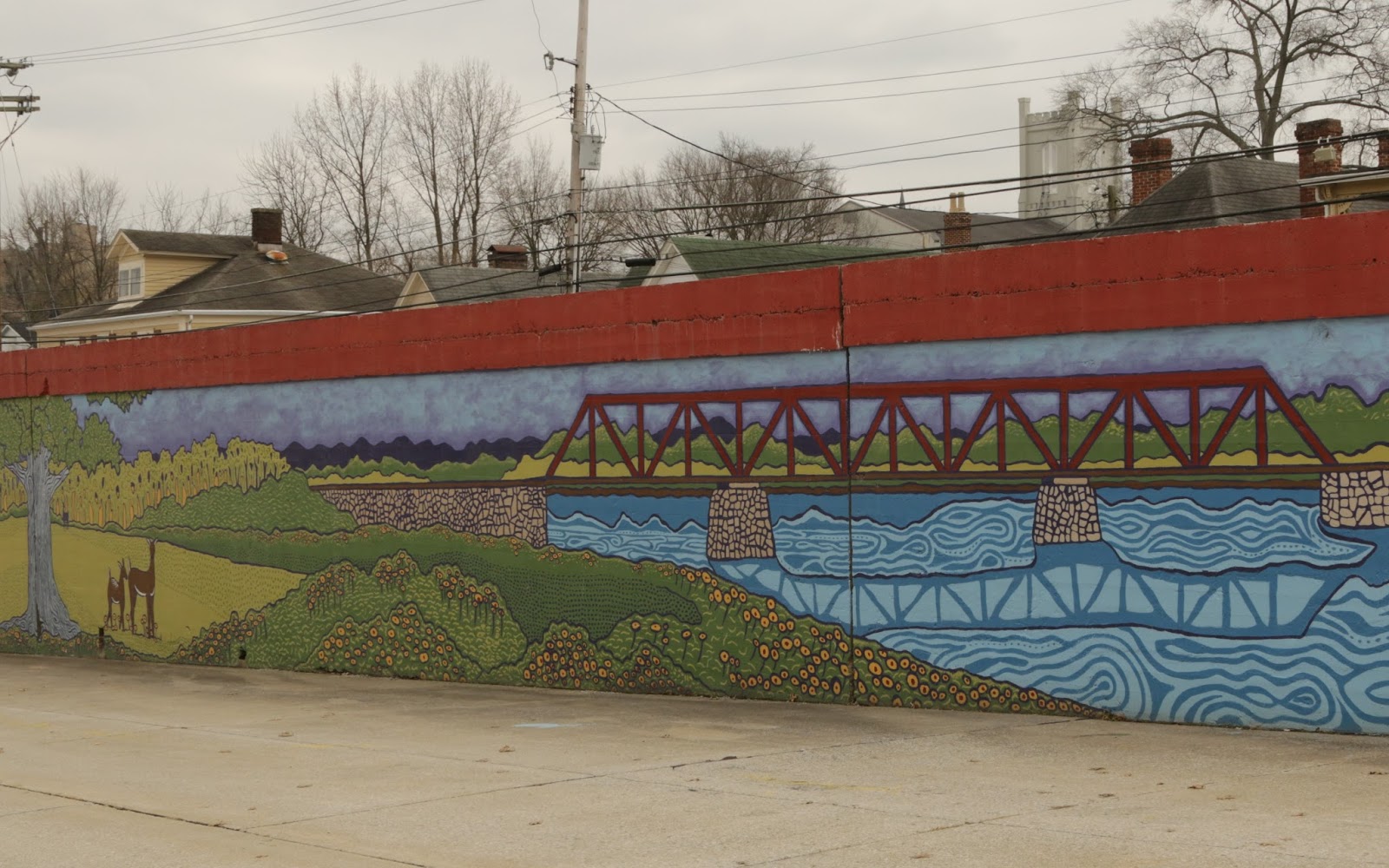 There's a bridge portrayed in the mural going over a river which is interesting because just down the tracks is a truss bridge over the Kentucky River.  Built in 1929 the Broadway Bridge is now closed to even foot travel and is fenced off.  A riverside park pathway runs alongside it though so I hopped down the embankment and took some pictures from there. 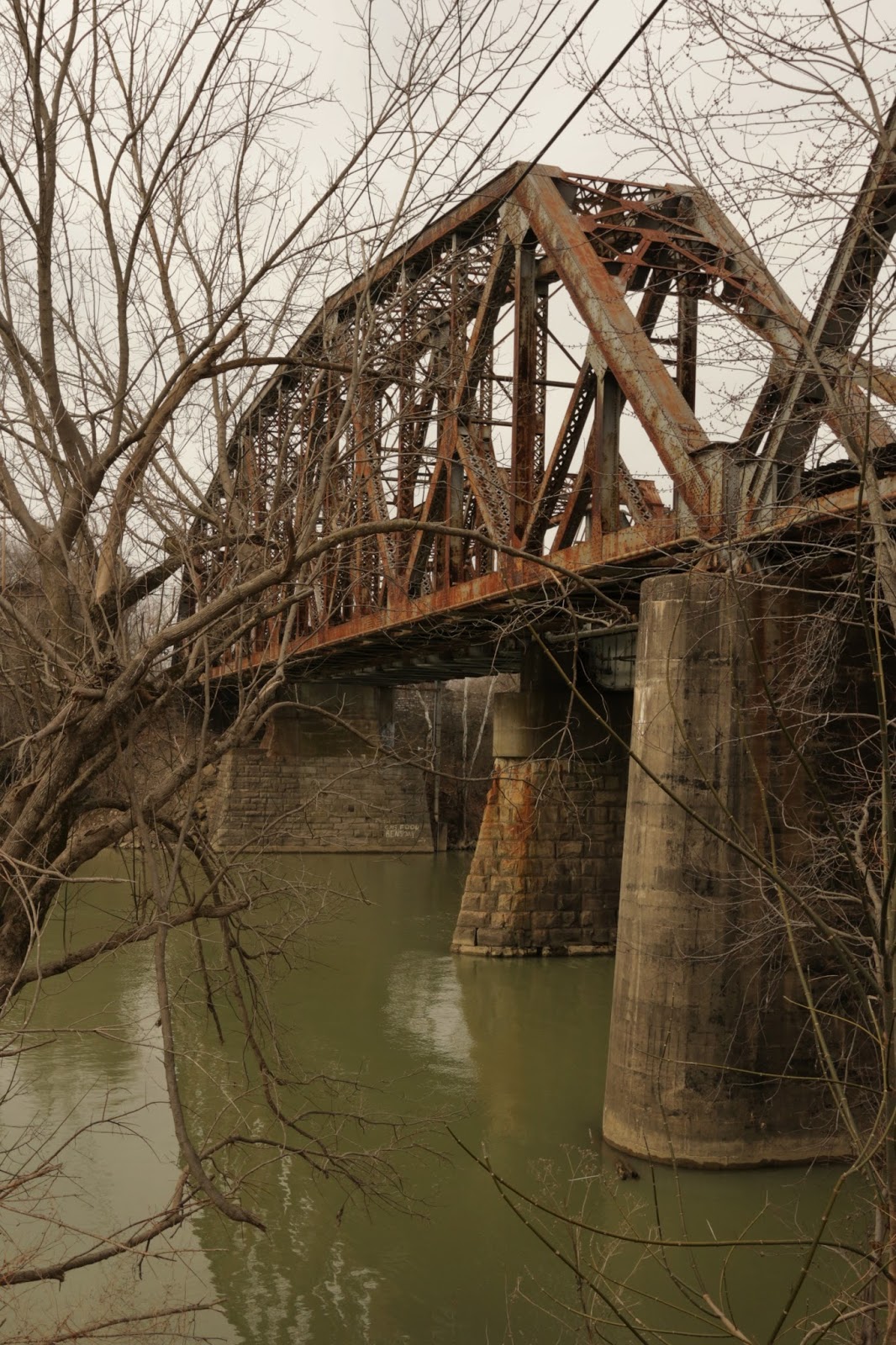 Linking up to Monday Mural.  Off to work now, I'll post about the distillery tour tomorrow.
Posted by Pam at 8:17 AM