Since I talked about the St. John's Regatta yesterday today I will post up a few pictures I took at the Placentia Regatta. This year was the 56th anniversary of the event, which happened the day after we arrived.


The Regatta is like a giant festival of games, food concessions, and music, all centered around a full day of six-person, fixed-seat boat races on the Southeast Arm, not far from the house Wayne grew up in, and within sight of the spot where we took our kayaks out a few days later.


I don't usually remember things in much detail from my childhood, but I remember sitting on the grass on the hill and watching the races vaguely.  So, when I heard we would be there for the Regatta I wanted to at least make an appearance for old times sake.  We watched a few races and then moved on to other things. 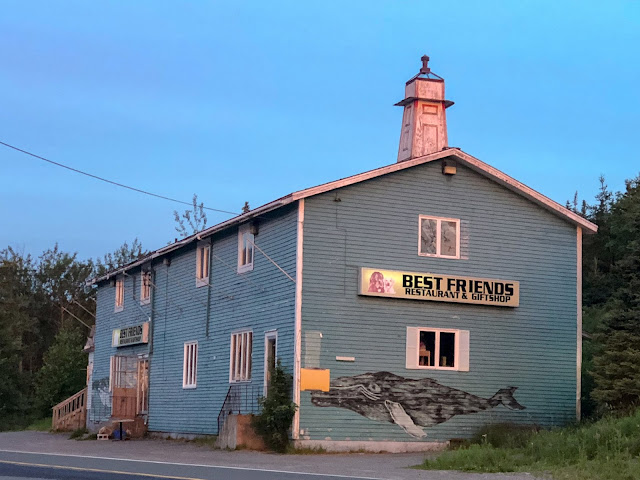 Since this is an ocean themed mural and the name of the restaurant was Best Friends (like Wayne and Gary) I'll include this mural I saw in Cape Broyle on the morning I drove to the lighthouse in Ferryland.  Linking up to Monday Mural.
Posted by Pam at 6:03 AM