I'm pretty happy about having conquered a new segment of the Ice Age Trail.  I parked on Little Prairie Road just outside the Horseriders Campground shown on the map and walked from there to the Stone Elephant and back.  Since I don't have anyone to shuttle with at this time I have to do the out and back thing, but it's another 3.7 miles completed even though I had to walk it both ways over the course of two days. 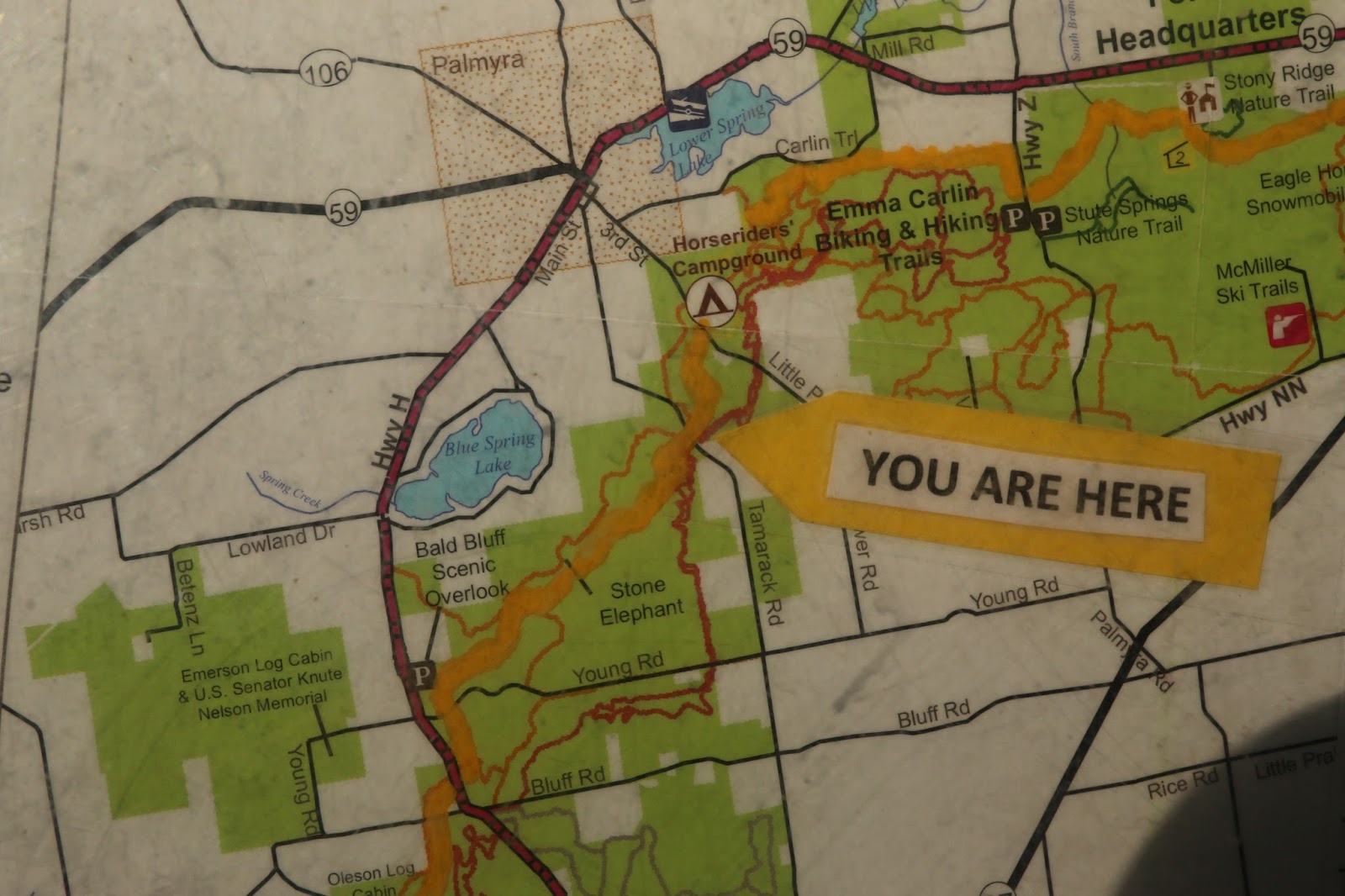 I can let the news out now that Katrina has put her notice in at her job.  She's leaving her job in Michigan and applying to jobs within an hour of our home here that are only part time so she will be able to increase her course load to complete her masters degree.  Since she's coming back home for the time being I might be able to have her follow me out to some IAT sites and get some miles knocked out!  I might as well take advantage while I can, knowing Katrina she won't be here long.


In this section of the state the Ice Age Trail provides a lot of variety, but one thing you can count on is that there will be a lot of ups and down on rocky ridges.


While the rockiness is never fun it's more manageable when you can see the rocks and try to avoid them.  Even though I only walked 4.4 miles my feet and legs were so tired after hitting so many hidden rocks while going up and down the leaf covered hills. 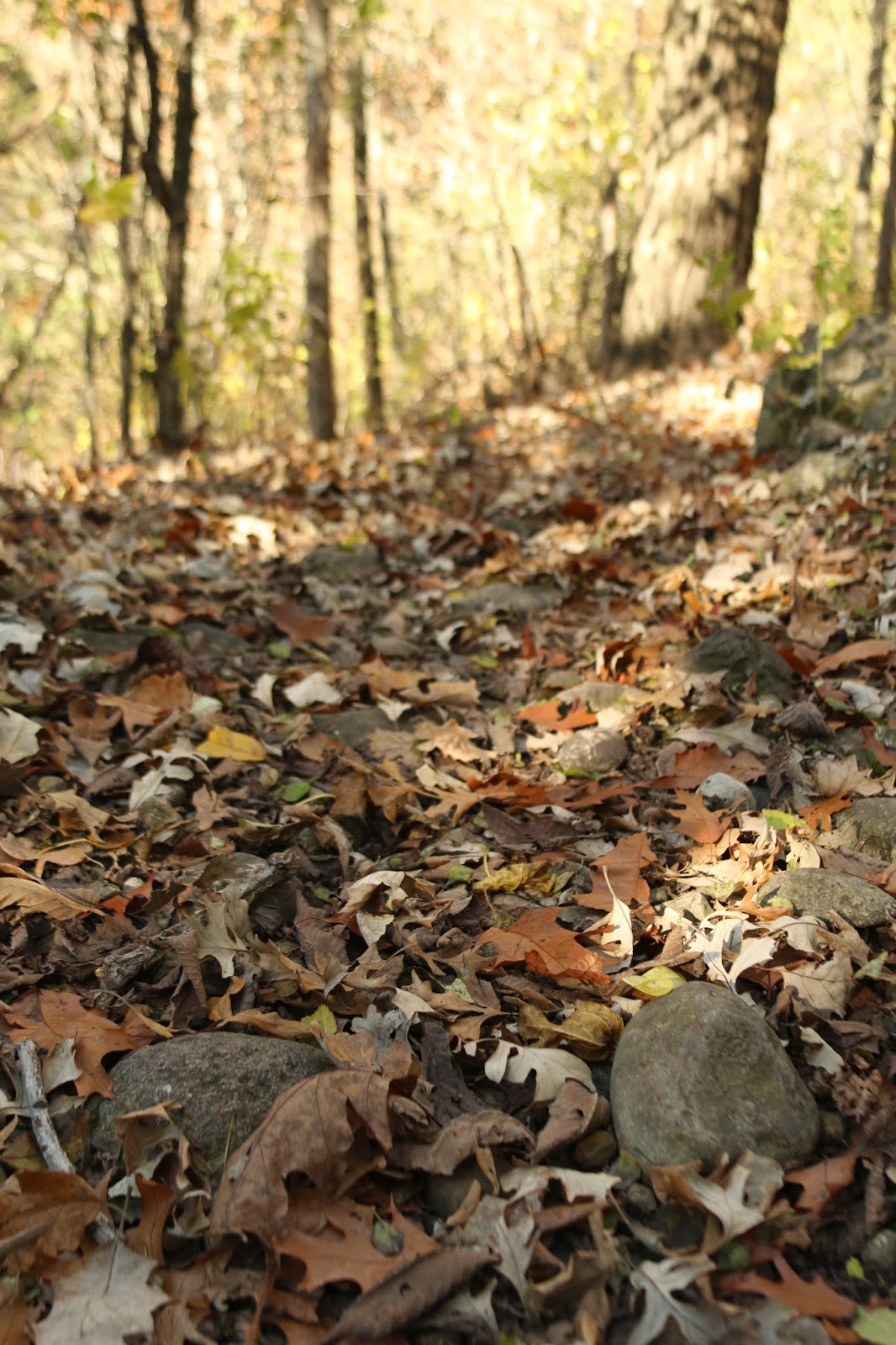 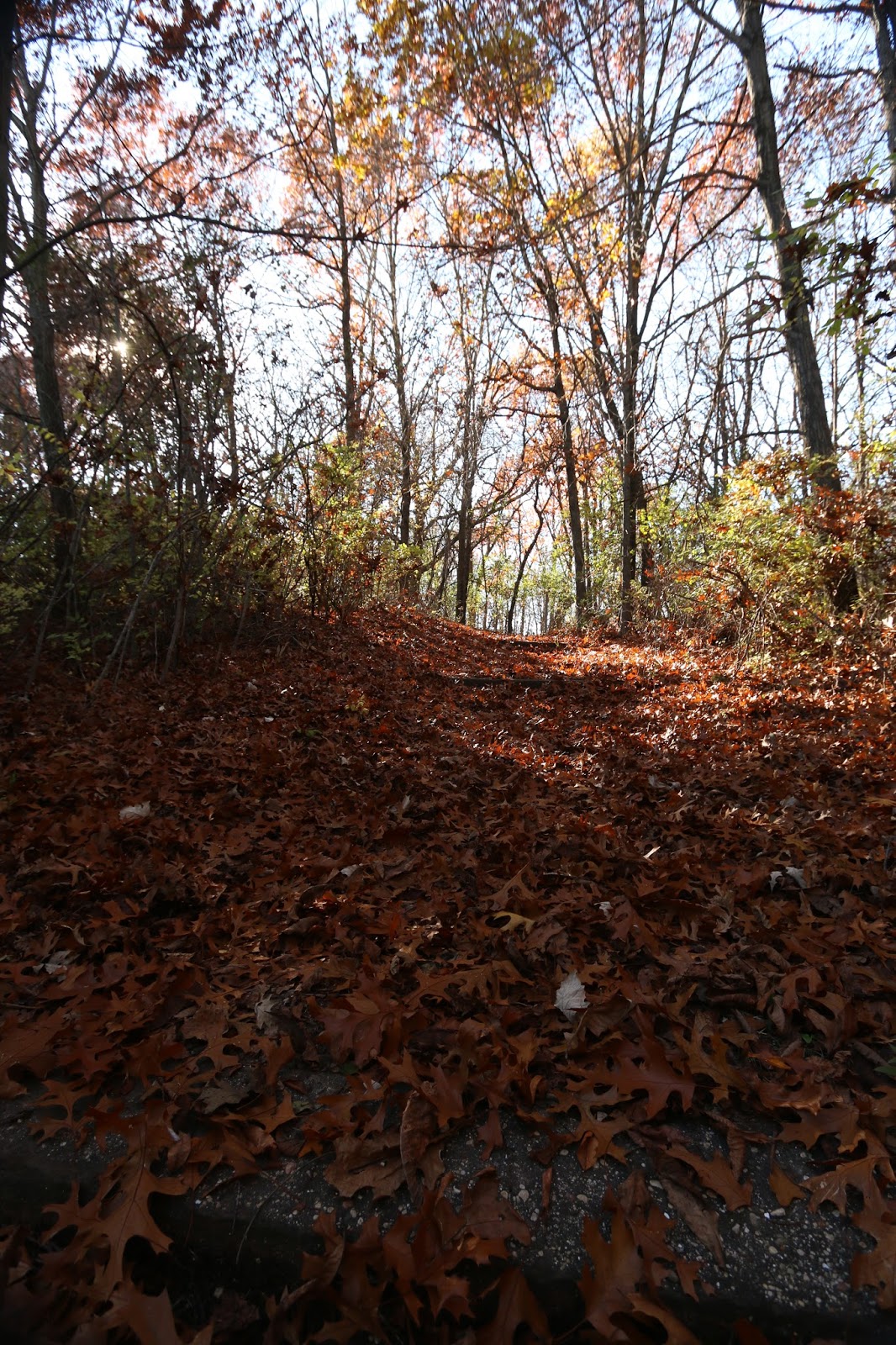 Sometimes when you're going down you end up in a ravine and sometimes you end up out in the open and who knows what you'll see. 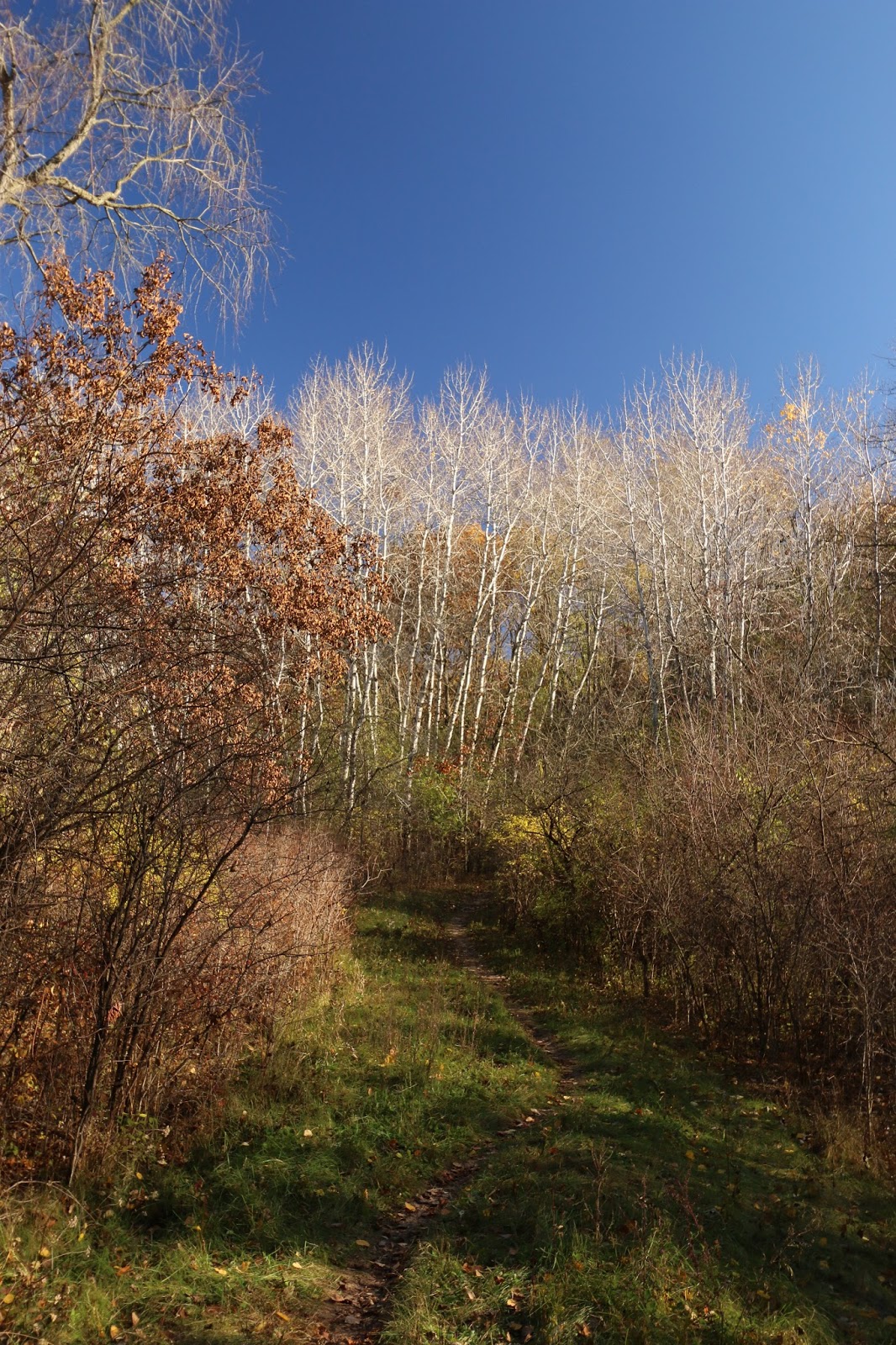 Like aspen!  At least I think it was aspen, you folks from Colorado can probably help me out.  I did bring home leaves from a quaking aspen and a bigtooth aspen, along with a bunch of other leaves I found on the trail. 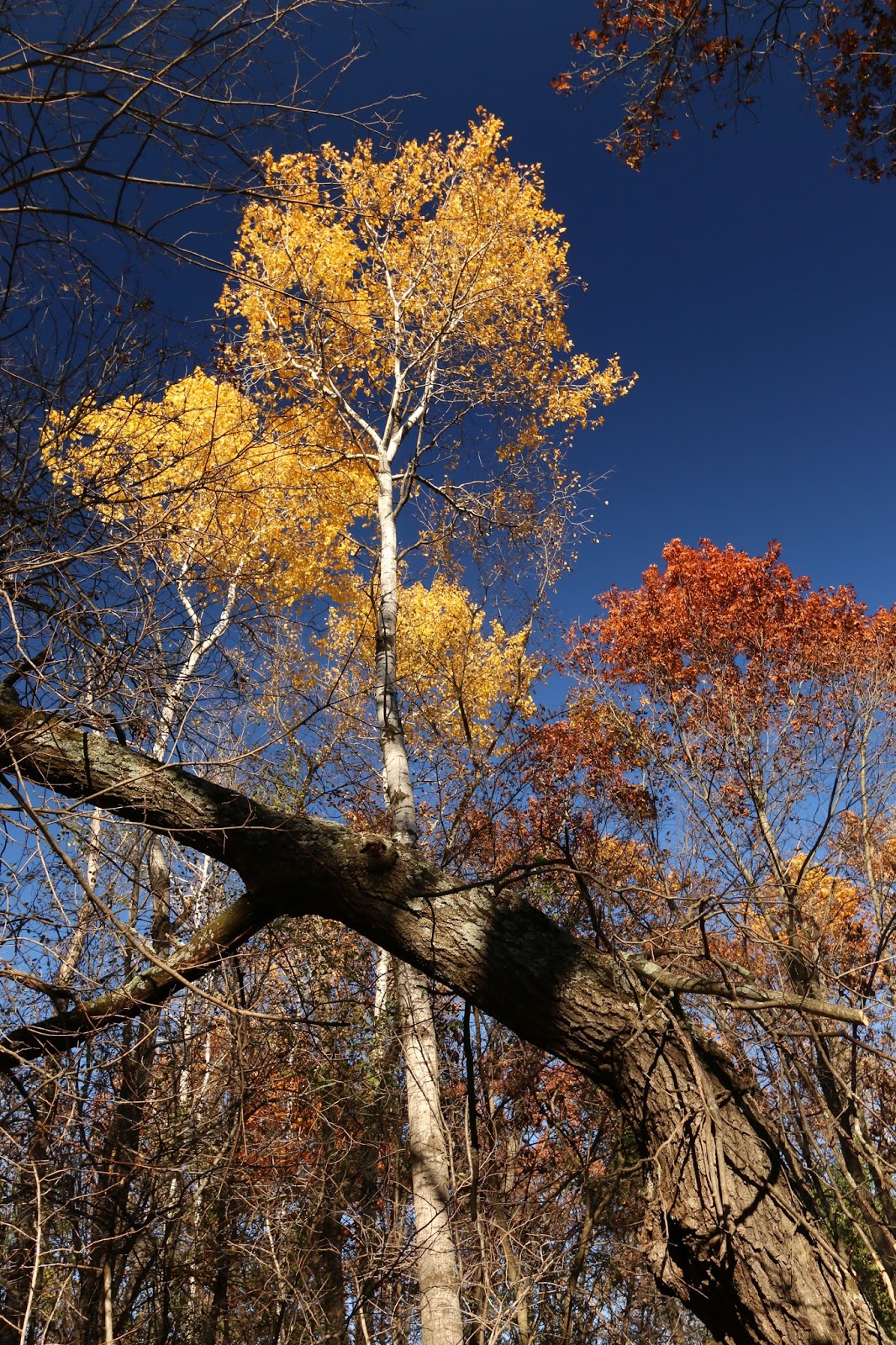 I can't believe it, but I think I'm going to order an identification guide for trees.  Like I don't have enough to do identifying flowers, lichen and fungi! 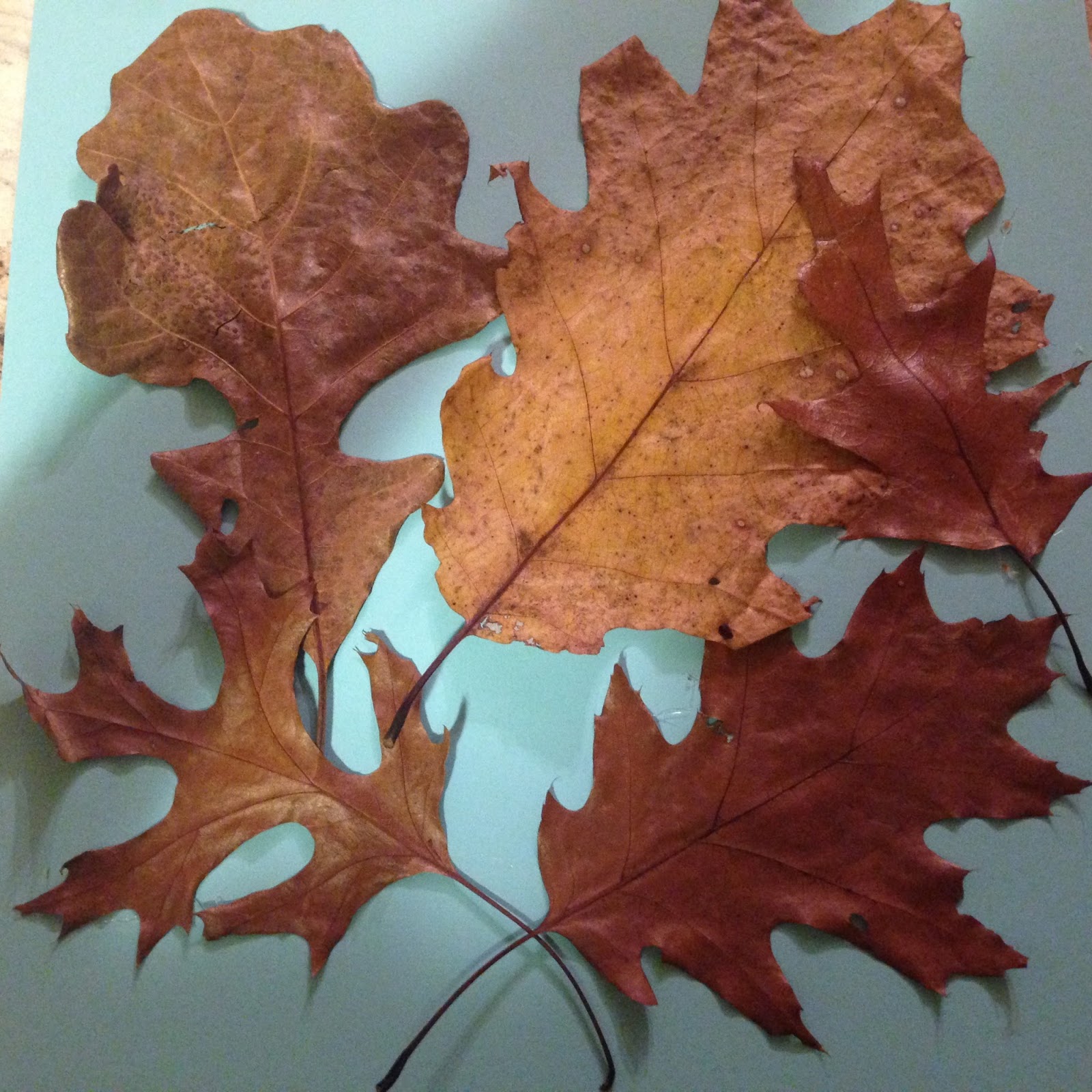 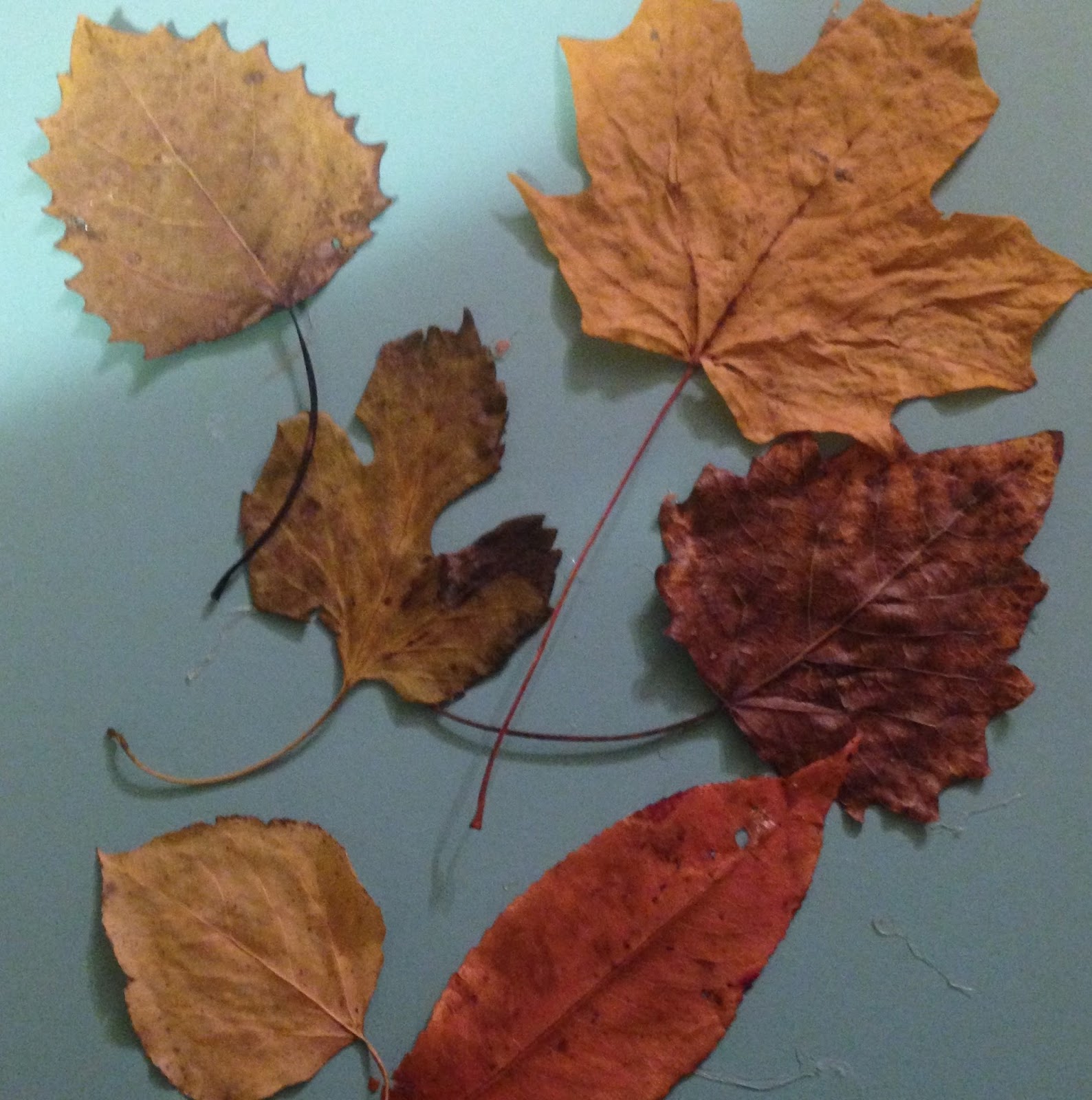 In the spots where the trail isn't littered with rocks it's like a sandy beach, I was inspired to leave my mark. 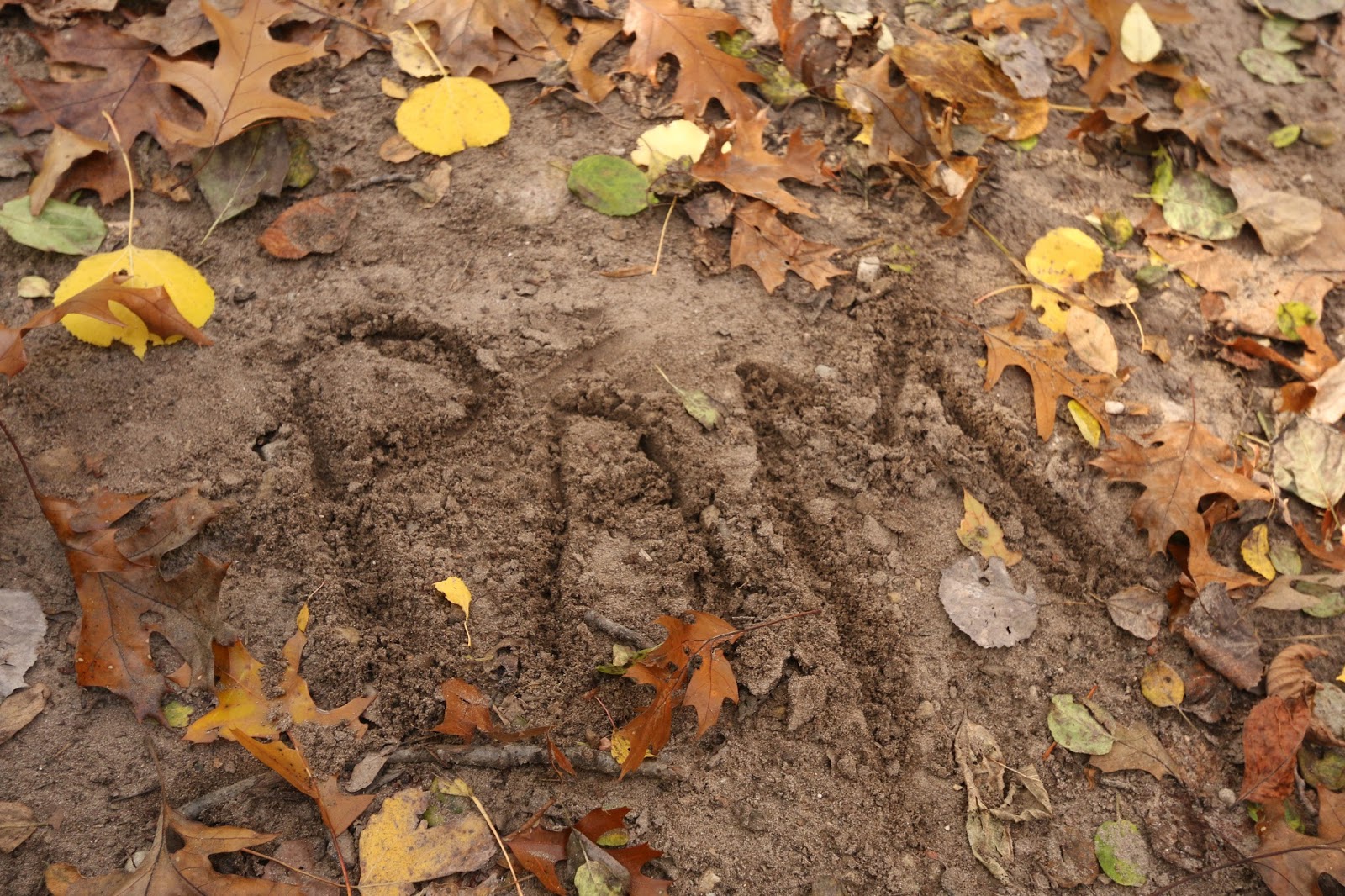 All this in just the first mile!  I may be on the fence as far as ordering a tree guide but one thing I did order was a new sleeping bag and I hope I get to try it out before the temps get below freezing.  It's been between freezing and 45F every night lately and it's been keeping me from wanting to get out with my tent. 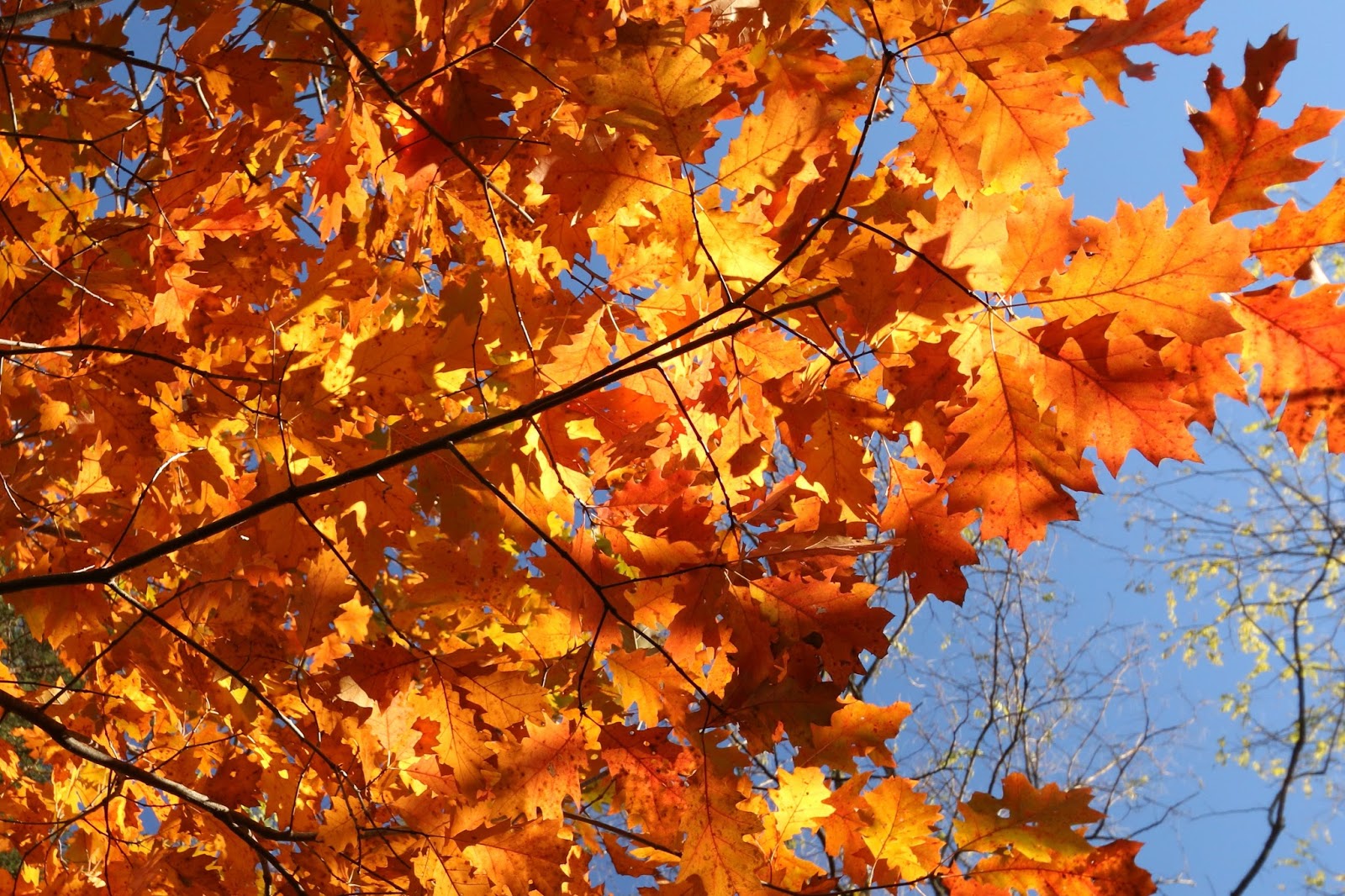 I have a lot more to share from the rest of the hike but the day has gotten away from me yet again so I'm going to do another post tomorrow.  In the meantime, anyone know what tree this leaf belongs to?  I'm not having any luck. 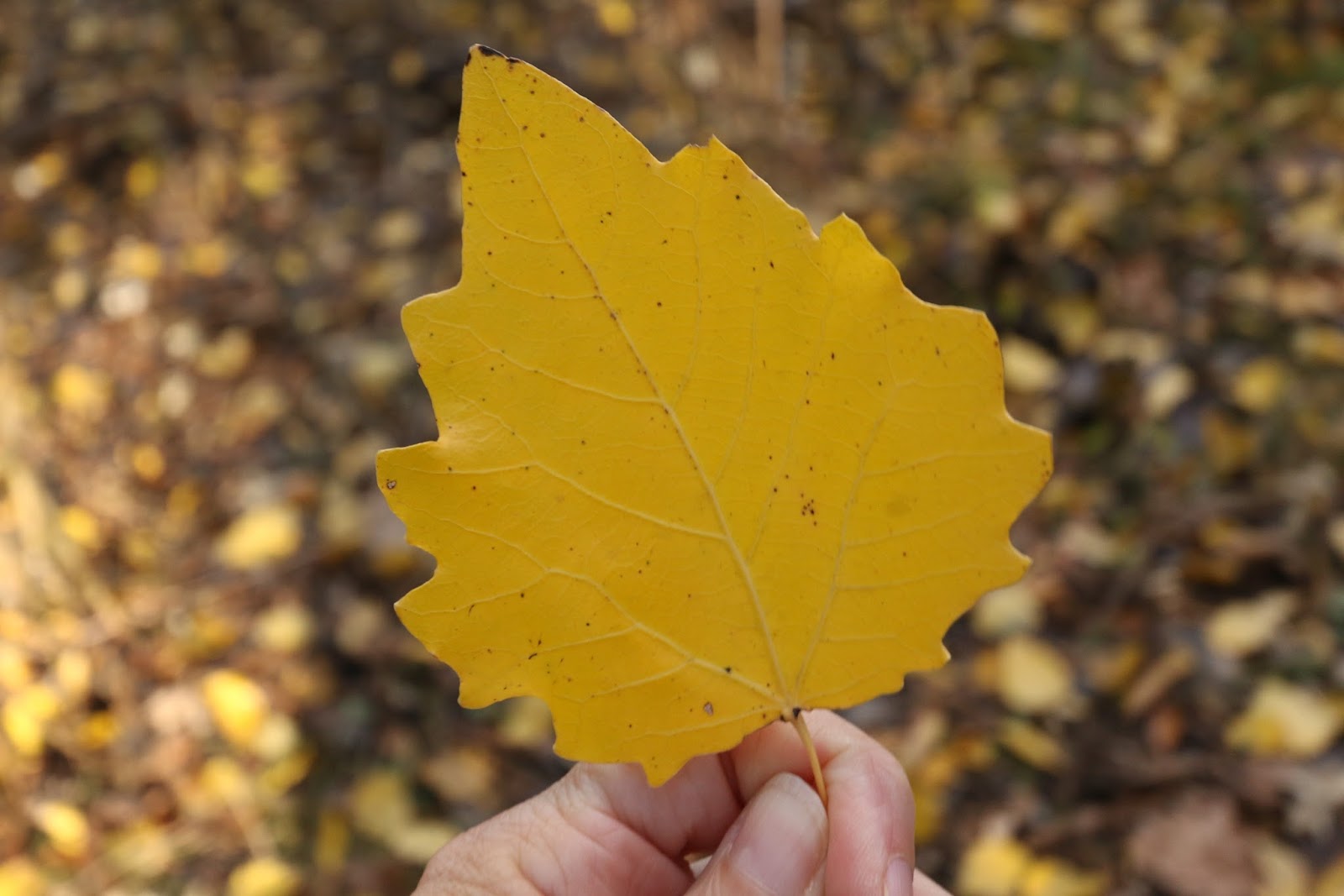 The wind has picked up around here again and it's a good thing I went out on Saturday because this morning the leaves are few and far between.  The wind made for good video though!