Roadside Finds in the Northern Highlands

Way up north in Wisconsin earlier this month there was still some snow hanging around.


When I motored into Woodruff I stumbled across the World's Largest Penny which commemorates a 1953 fund-raising stunt. Dr. Kate Pelham Newcomb (known locally as "The Angel On Snowshoes") implored local school children to save their pennies so that Woodruff could build a hospital. TV picked up on the story and pennies were soon pouring in from all over the country - 1.7 million in all. 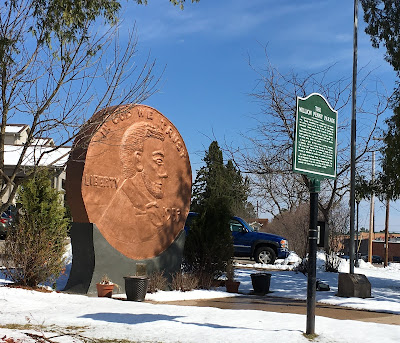 Woodruff got its hospital, and the schoolchildren of 1953 are just about ready to enter the new assisted living facility behind the penny. 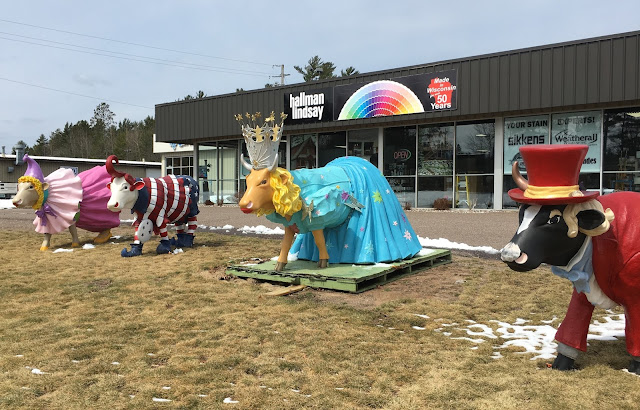 Minocqua's Hallman-Lindsay Paint store has a collection of colorful cows that were so detailed even their backsides were on display. 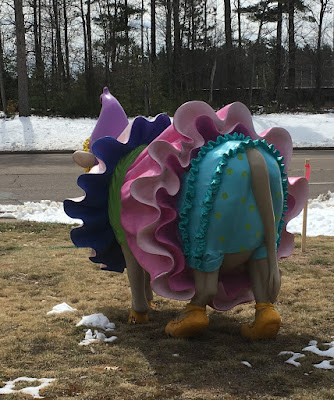 In 1893, newspapers reported the discovery of a hodag in Rhinelander, Wisconsin. It had "the head of a frog, the grinning face of a giant elephant, thick short legs set off by huge claws, the back of a dinosaur, and a long tail with spears at the end". The reports were instigated by well-known Wisconsin land surveyor, timber cruiser and prankster Eugene Shepard, who rounded up a group of local people to capture the animal. The group reported that they needed to use dynamite to kill the beast. (from Wikipedia) 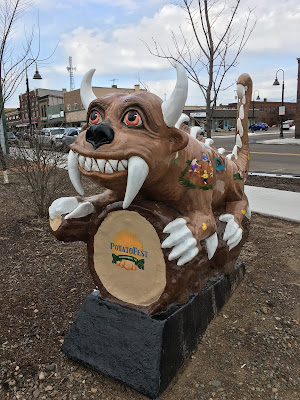 A photograph of the remains of the charred beast was released to the media. It was "the fiercest, strangest, most frightening monster ever to set razor sharp claws on the earth. It became extinct after its main food source, all white bulldogs, became scarce in the area." 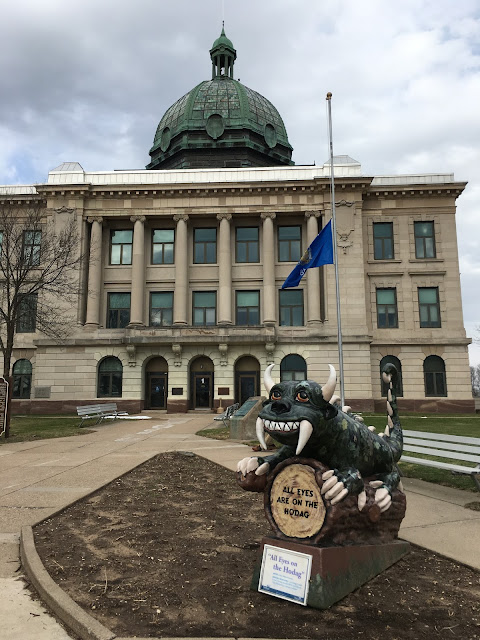 The hoax got more elaborate, with Shepard capturing a "live" Hodag and showing it at the Oneida County Fair.  Once The Smithsonian announced their impending visit to inspect the discovery the game was over.  But the Hodag remains the symbol of Rhineland to this day and replicas can be found around downtown.  What else will I find on the roads of Wisconsin, I wonder?
Posted by Pam at 2:27 PM