I Found my Thrill at Dog Slaughter Falls

I know I've been away from the blog for the last 2 weeks (those I follow have probably noticed a lack of comments on their blogs on my part as well!) but sometimes life gets in the way of my hobbies.


But I don't let life get in the way for too long, travel and photography are my stress-relieving activities after all!  I wanted to skedaddle on Tuesday morning but stuck around to work on Wednesday. However, I had the car packed and ready to go for that 3 hour head start to Prophetstown State Park in Indiana that I like to do on my way south.  So yesterday found me driving through Kentucky, and even the interstate was a joy with flowering trees and horses everywhere.  Bonus points for getting out of Wisconsin before winter storm Selene struck! 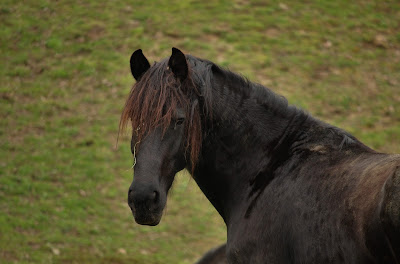 I didn't have much hope that my buddy Sharon would be able to meet me on such short notice but since Cumberland Falls State Park is just over an hour and a half from Knoxville she zipped on up and got herself a cabin for one night about an hour before I arrived.  Thunderstorms were in the forecast so I got the adjoining room in the Woodland cottage. (click link for virtual tour of rooms)  Sharon had noticed the "Deals" link on the website so had a heads-up that there was a spring weeknight special running for $20 off.  For less than $70 (each) it was a great deal and we opened up the door between our connecting rooms though there are cottages available that are singles I believe.  We each had our own mini fridge and microwave not to mention the luxury of our own bathrooms and I was thrilled that there were no air fresheners or heavy cleaners used and no carpet full of dust and mildew.  I would gladly rent one of these again if meeting someone here or bringing my mother along.


The reason why I came to Cumberland Falls even though I've been here twice before was that my days off coincided with the Moonbow schedule.  No moonbow viewing with storms rolling through last night, but I'm here for a few more days so hopefully I'll get to see it. 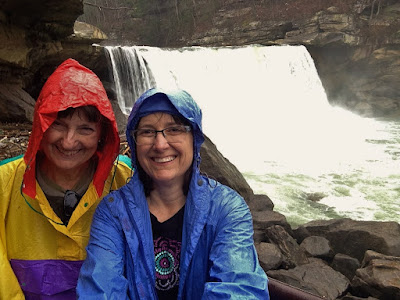 Of course immediately after check-in we drove down to Cumberland Falls.  The rain was starting so just a quick look and an iPhone selfie to prove we were there was all we were able to get.


This morning we packed up and headed down to Fire Road 195 to hike to Dog Slaughter Falls.  No dogs were harmed in the making of these photographs, I promise.


The first trailhead was pretty easy to see but a little over 2 miles farther down is another trailhead so we parked there in order to shave off some time since Sharon had to leave in the early afternoon for another engagement. 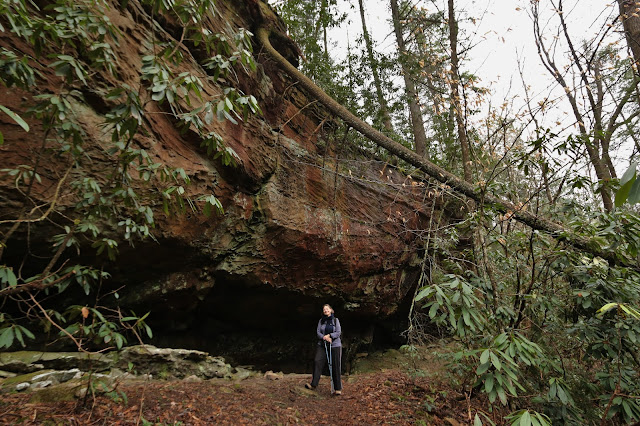 At the trailhead we crossed Dog Slaughter Creek on a footbridge and then began the mile and half (approximately) hike to the falls.  Most of the trail was fairly easy, any spots with "climbing" involved were short (those hills on the Ice Age Trail are much tougher) but the trail was a bit rugged in spots and you had to watch your footing though never for very long.  We enjoyed the almost constant views of the surprisingly wide creek and the exposed bedrock.  The rhododendron and hemlock forest made for a green and lush view which was a treat this early in the spring. 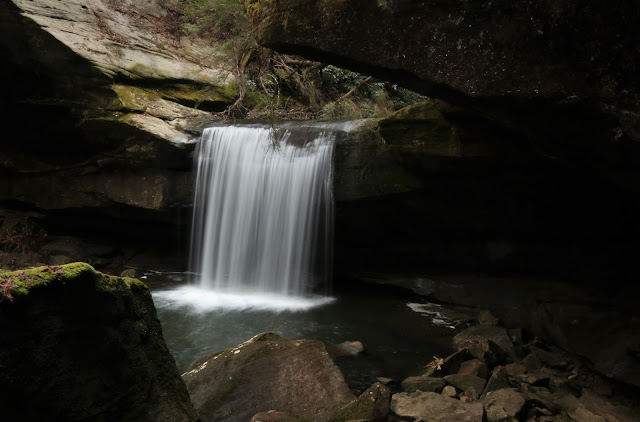 The falls and the trail are in the Daniel Boone National Forest and well worth the hike.  Sharon enjoyed her lunch while I performed my rock hopping, camera-toting antics for her enjoyment. 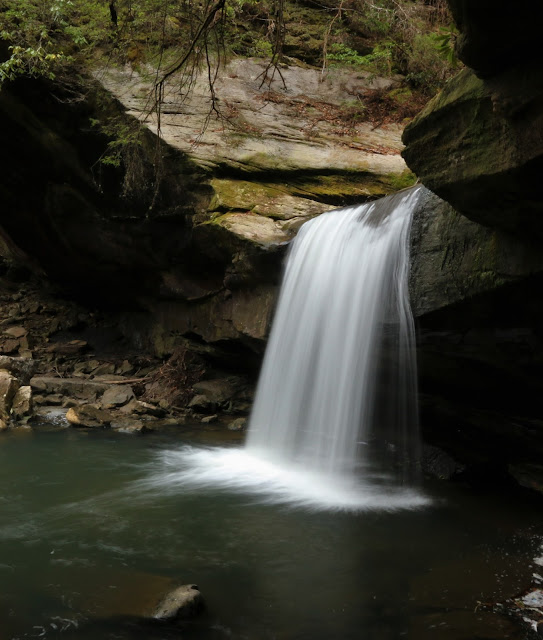 Only a few others were at the falls when we were, and a nice young Amish couple told Sharon they had seen otters in the creek on their way to the falls.  After my photography session I was poking around a little farther from the falls and out of the corner of my eye saw something moving.


For a minute I couldn't figure out what I was seeing as an otter hopped along the top of a boulder and then plunged into the creek.  I looked at Sharon and shouted "otter!" but of course had no time to get a shot.  I tried to find a way to look further down the creek to see if I could spy on him, but after going in over my boot tops behind some boulders I decided perhaps sneaking up on the creek on a return trip might be a smarter option. At the end of the hike I was still thrilled just to have seen the otter and to have had another wonderful afternoon on the trail with Sharon.  We're talking about a possible trip to South Dakota in June...or a trip to Michigan in July...perhaps meeting up overseas...we dream big and that's what makes this such a great friendship!
Posted by Pam at 6:44 PM