I don't know if this happens often, but apparently the Capital of Pennsylvania was originally Philadelphia, then in 1799 became Lancaster, and finally its final home of Harrisburg in 1812. The fact that the first capitol building in Harrisburg burned down is a not uncommon story, it seems it's something they all must do!


The green dome is magnificent, but the sculptures flanking the main entrance make quite an impact as well.


They were created by George Grey Barnard, a Pennsylvania native who had studied in Paris at the Ecole des Beaux-Arts and was an acquaintance of and whose work was influenced by Rodin.

Upon entering the rotunda I was delighted to behold a Capitol that rivals the one we have in Wisconsin.  I was disappointed, however, to discover that not only were tours done for the day but a self-guided tour was not even possible, and it was still fairly early in the day.  The corridors were dark and roped off, such a strange sight when our Wisconsin Capitol is so freely open to the public. 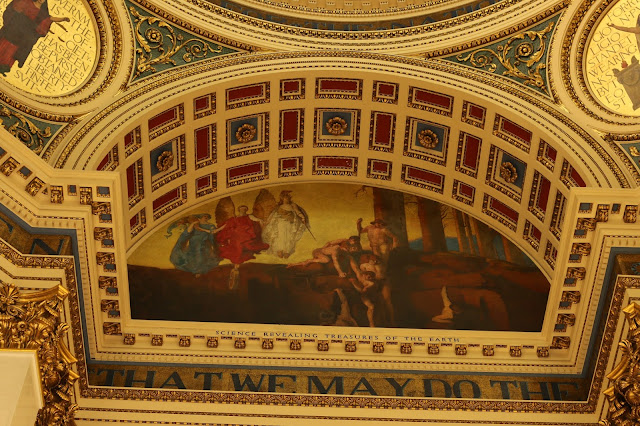 Since I couldn't do the Capitol justice, I just took a few minutes to let my gaze wander around before heading back outside and leaving this gem behind to better appreciate it on another visit. 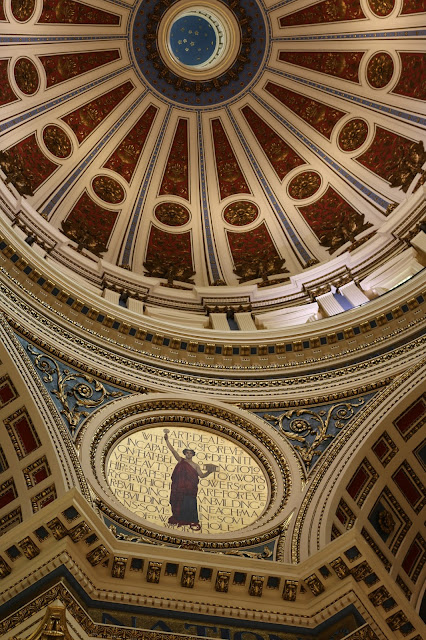 The internet is strangely devoid of much information except about the murals and the exterior sculptures.  Who are the gilded people reclining over the doorway? 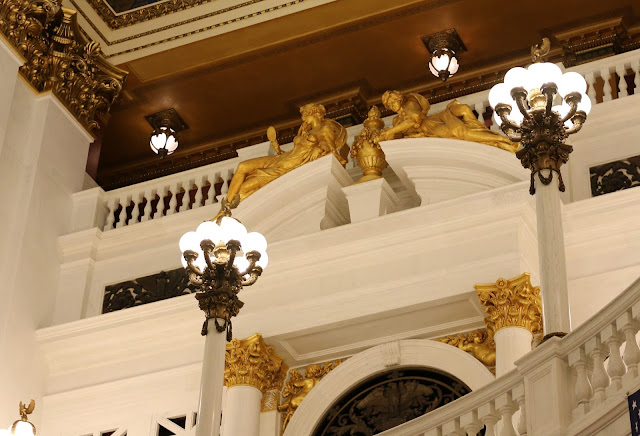 What winged goddess holds the light above her head to shine on visitors? 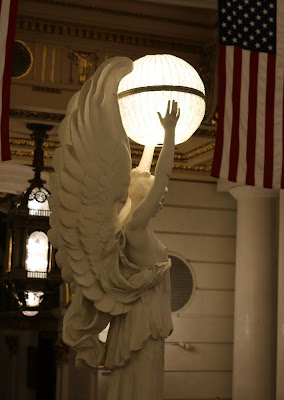 The architect hired all Pennsylvanian artists for the work, and they attempted to marry the European and Greek influences to "modern" American themes, I can't wait to go back someday and get all the details... 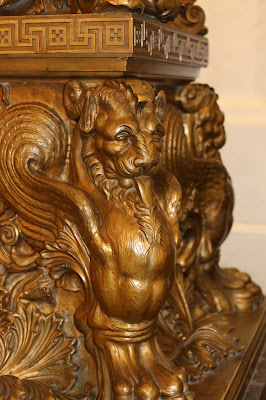 Outside on a park bench I read these true words:
"Freedom can exist only in the society of knowledge" -- Benjamin Rush

I'm always amazed at how sometimes a quote will suddenly have such resonance.  Knowledge is most definitely something we need to continue to strive for in our current society, both in the United States and throughout the world.