The exterior of Philadelphia's city hall is covered with sculpture representing the seasons and continents, as well as allegorical figures, heads and masks. All of the sculpture was designed by Alexander Milne Calder, including the 27-ton statue of William Penn atop the tower.  To give you an idea of its grandeur I cheated and bought a postcard to photograph. 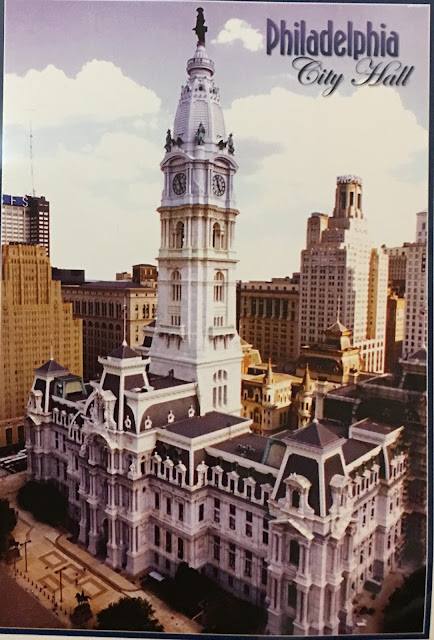 Unlike the postcard we had a grey day which made for grey photographs, but sometimes you have to take what you can get. 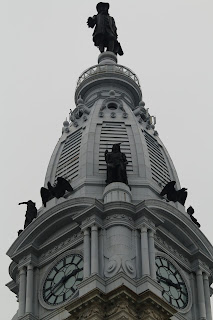 To get a better look at the topmost sculpture of William Penn I took a photograph of a poster for sale in the gift shop.  The sculpture is hollow and a narrow tunnel exists inside that goes to a hatch at the top of the hat. 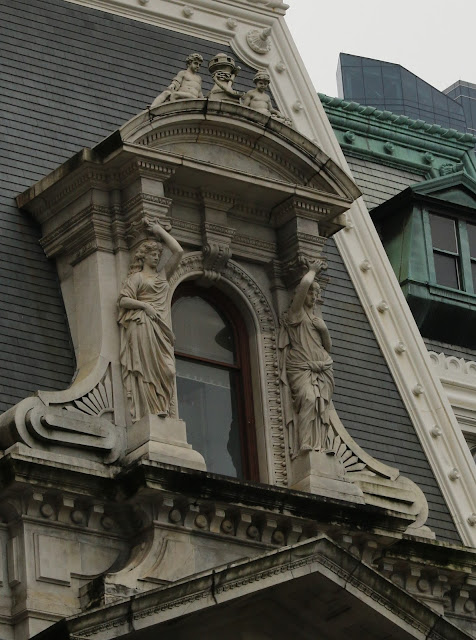 Sculpture is everywhere on this building, the main theme on the exterior is people and animals of the world. 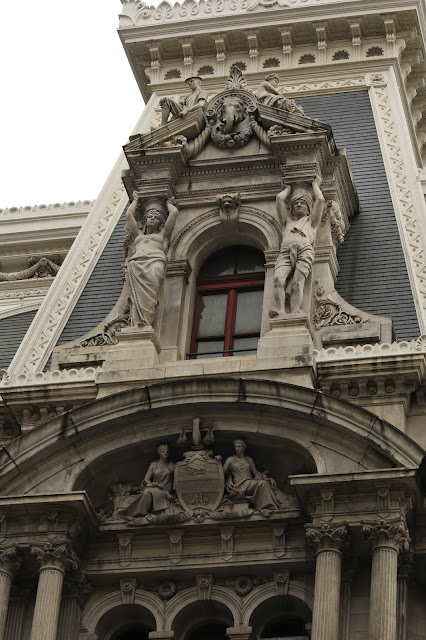 China and Japan are represented at the top on either side of the elephant head above, male and female turbaned figures represent the continent of Asia, and the city seal of Philadelphia sits beneath.


In the 1950's the city investigated tearing down City Hall but discovered that its masonry construction would be prohibitively expensive to tear down. 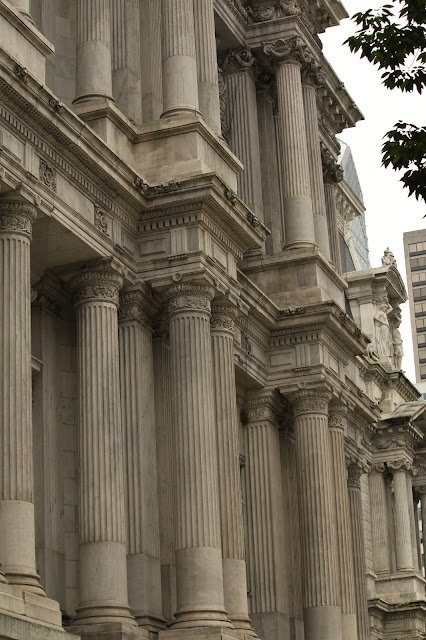 The building appears massive, and it is with 200 rooms, but it is a square with an open central courtyard so it's not quite as large as it seems.


The sculpture isn't just on the exterior of the building; there are over 250 sculptures overall. The sculptures represent a wide range of topics, including historical, allegorical, mythological, people and animals from throughout the world, and figures that symbolize wisdom and attributes, virtues, and vices. 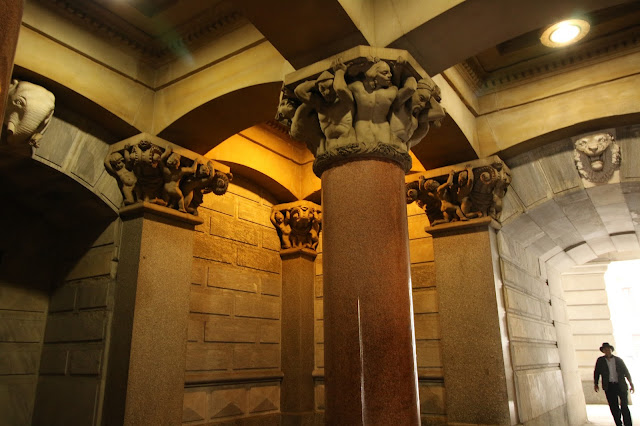 The courtyard looked like a great place to hang, as long as you don't mind tourists traipsing through all day long. 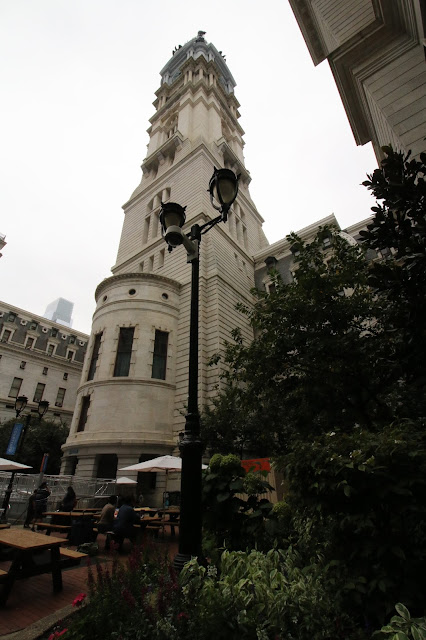 Unfortunately all I got was this look at the outside since all they had available that afternoon was a tower tour.  If you want to get a further look or get information on a tour, here's a good link.