The weather was quite cold and windy on Sunday and Monday in Munising, so we ended up not doing too much. We even missed the Rubber Ducky race because it was raining and the wind was at 30 mph! Thanks to the weather we never ended up taking that kayak ride, so I guess we'll have to do it another time. We did get a shot of Alger Falls while running errands when the rain cleared. The falls are right by the side of the road on M-28. 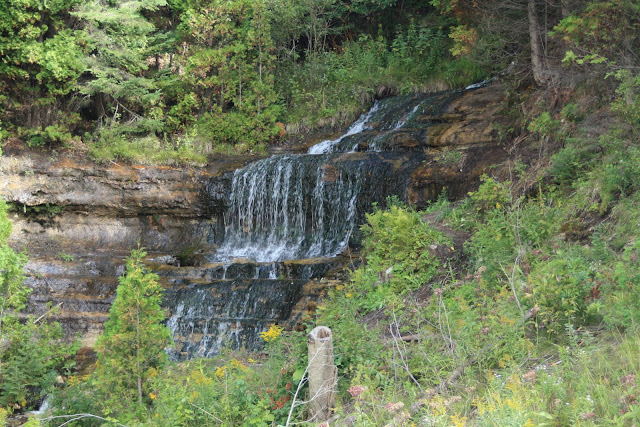 We also stopped at Horseshoe Falls to try to have a look, but they are privately owned and they wanted $3.75 each to view them so we moved on.

On Tuesday morning we packed everything up a few days early and moved on down the road. We stopped for breakfast in Escanaba, Michigan at Drifters Restaurant. We had eaten there when we did our Lake Michigan Circle Tour and found the food to be good and reasonably priced.

We continued on to Potawatomi State Park in Sturgeon Bay, Wisconsin. This is a new WI state park for us, and we found it to be a pleasant surprise. It is very heavily wooded and we saw deer, squirrels, birds and even a rabbit while driving in our first night. The roads into the campground are a bit tight with our 37 foot fifth wheel, but we took our time and it was fine. We reserved site 41 in advance, and while it was a tight squeeze backing in, there is plenty of room in the site itself. While driving around we also found that sites 16, 22, 28 and 71 would have worked for our sized RV as well. The campground also rents bikes and canoes, but we will not be able to take advantage of this because the camp store is closed during the week after Labor Day weekend and we will be leaving on Friday morning.

We had dinner at The Mill Supper Club because it advertised a fish boil, but they did not do the boil over with the kerosene and you could taste the difference in the food. Back at the campground we both sat outside and enjoyed the fire with a drink before going in for the night. 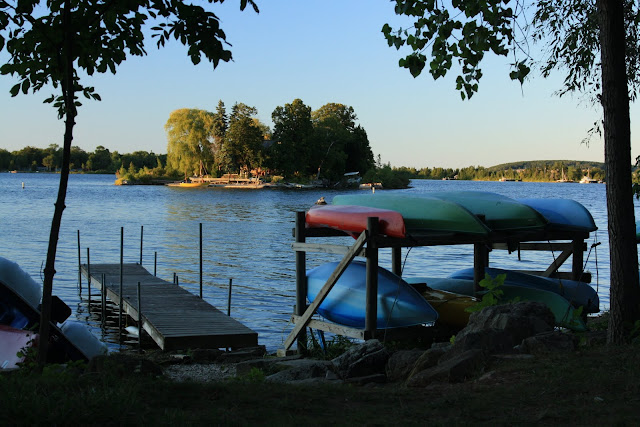 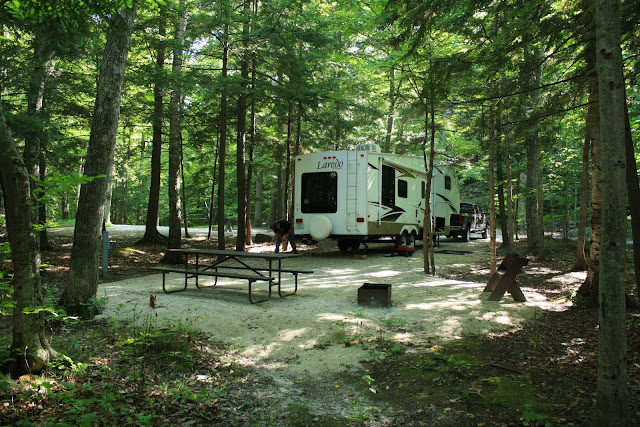