Every time I swing by the Chicago Board of Trade I forget to look for the two five ton Greek goddesses that went temporarily "missing" after the old building was demolished in 1929.  It's a great story, check it out here. 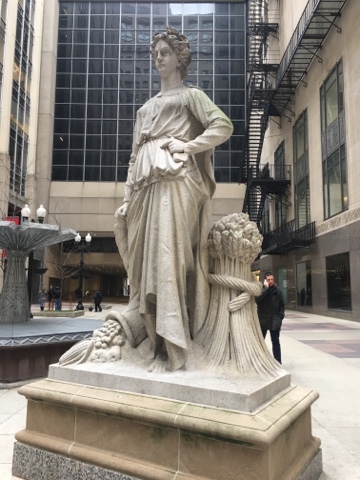 The statues originally stood on a ledge over the main entrance of the old Board of Trade building, which was built in 1885.  Representing Agriculture and Industry they now stand in a plaza that was renovated in 2005, back from their years of lounging around in the woods to hold court in downtown Chicago. 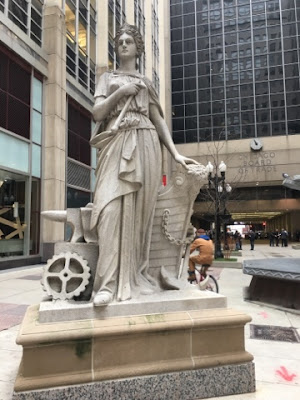 Andy and I also popped in to The Monadnock Building which I haven't visited since I was on a walking tour many years ago with the Chicago Architecture Foundation.  It was built just before the turn of the century and was a testing ground for some of the new steel frame techniques in architecture.  We weren't allowed to go up the stairs, just admire them and photograph them. 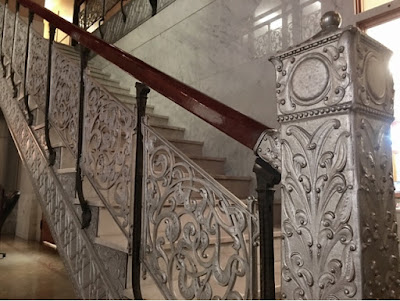 The best rooftop in town is the Harold Washington Public Library which was finished in 1991 and features aluminum acroteria that includes owls at the corners.  Can't get more bookish than that, right?  Apparently Chicago's Chinatown branch is even more inspiring and quite outside the box, literally, with rounded edges.  I'll have to get over there and "check it out". 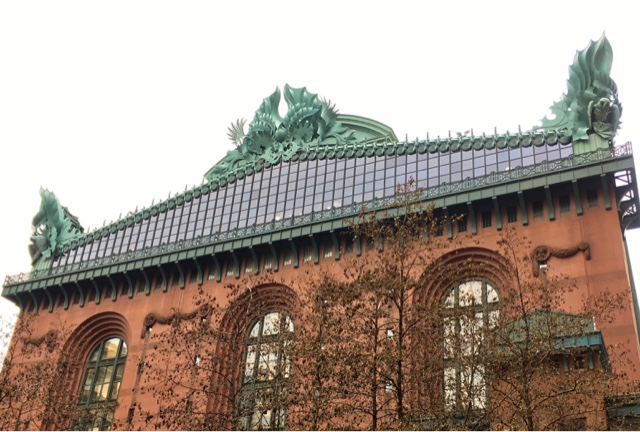 While I was framing a shot of the only mural that caught my eye next to a very unique blue skyscraper the "L" train made its appearance.  The "L" is short for elevated, and is the third largest mass transit system in the country after the Washington Metro and the New York City Subway.  I only rode the "L" once, but whenever I see it as I walk around town it reminds of the movie "While You Were Sleeping", a great little romantic comedy starring Sandra Bullock. 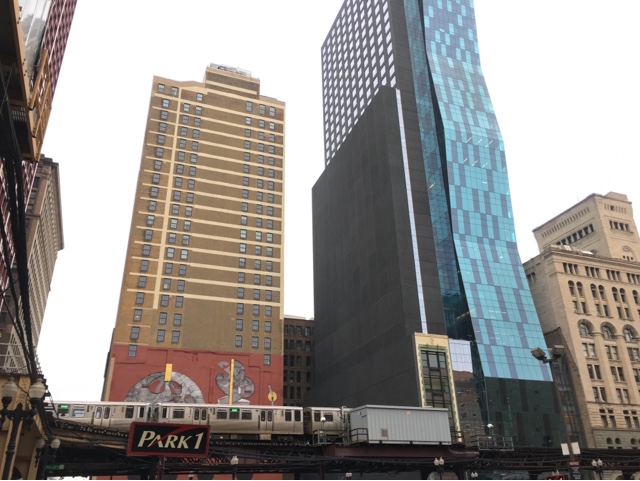 The beautifully sculpted blue building contains dorm rooms of all things and belongs to Roosevelt University, named after Franklin Delano and Eleanor Roosevelt. The university was founded in 1945 by a group of Chicago educators who objected to other schools' use of quotas limiting enrollment of African-Americans and Jews. Many of the first Roosevelt students were returning World War II soldiers, including Harold Washington, who served as Roosevelt student council president before becoming Chicago's first black mayor. 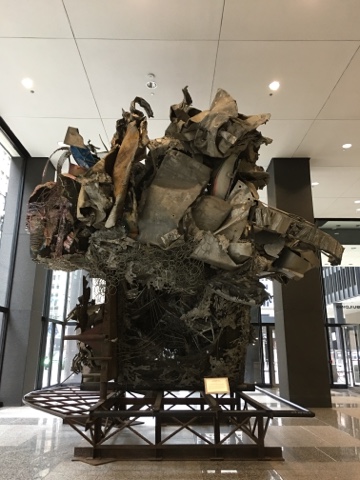 We spotted this enormous sculpture with an equally enormous name I won't bore you with sculpted by Frank Stella in 1993.  Built from salvaged metal it supposedly reflects Chicago's industrial origins and is also inspired by the sailor Steelkit from Melville's Moby Dick.  Andy and I stood back and looked it over but just couldn't get the feel of it, celebrated artist or not.  I'm more easily impressed by aluminum owls and the bronze lions that have guarded the Art Institute since 1893. 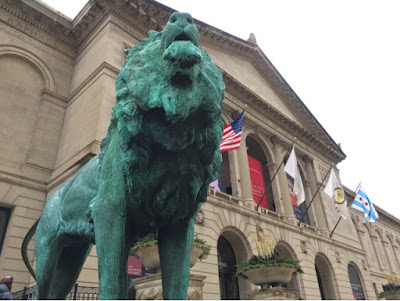 Another statue we passed I mistook for Cubs announcer Harry Caray, but was actually his predecessor, Jack Brickhouse.  But it was the statue next to Jack that was really hard to miss. 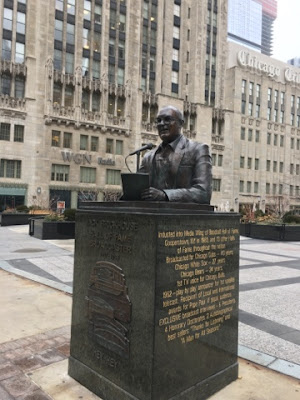 Just before the November election Chicago received a sculpture titled "Return Visit" which is on display in Pioneer Court near the Chicago Tribune on Michigan Avenue.  The 25 foot tall Lincoln is talking to a modern man holding a copy of the Gettysburg Address.  That speech given back in 1863 still can instruct us during the turbulent events we are experiencing since our recent election.  After all, the fight for equality and popular democracy did not end with the American Civil War in 1865.  To see and hear current figures including past presidents reciting the Gettysburg Address go to this link. 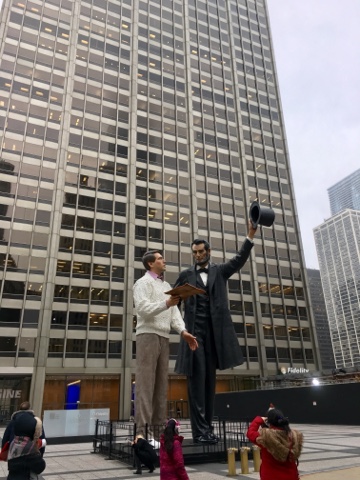 If you need a refresher: "Four score and seven years ago our fathers brought forth on this continent, a new nation, conceived in Liberty, and dedicated to the proposition that all men are created equal."
And the ending: "...and that government of the people, by the people, for the people, shall not perish from the earth."

Words to ponder as our current president tries to block out immigrants, steps all over women's and LGBTQ rights, and has sparked more demonstrations and protests than I remember ever seeing all within 2 weeks of taking office.  Hopefully citizens will not lose focus and will continue to participate in making their voices heard to the current administration and fighting for equality in the years to come. I used to look down on social media, but I must admit it has been very effective in getting the word out lately and sparking public debate!