I always find new things to explore in places I've been before, and when I went to Ironwood, Michigan in July I took a walk on the trails at Miners Memorial Heritage Park. 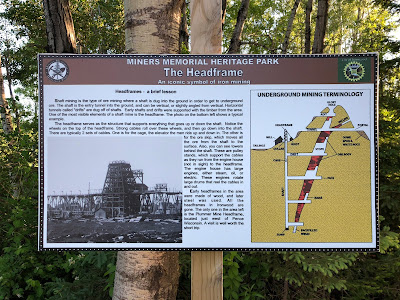 The city exists due to the discovery of these mines, and the last ore mine closed in 1966.

The memorial is due to the mine collapse on September 24, 1926 when part of the hanging wall of the PABST "G" shaft collapsed.  Three men were killed and forty-three others trapped for five days which made the national news. 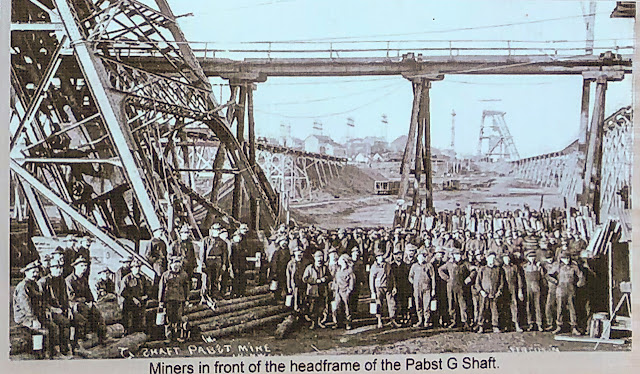 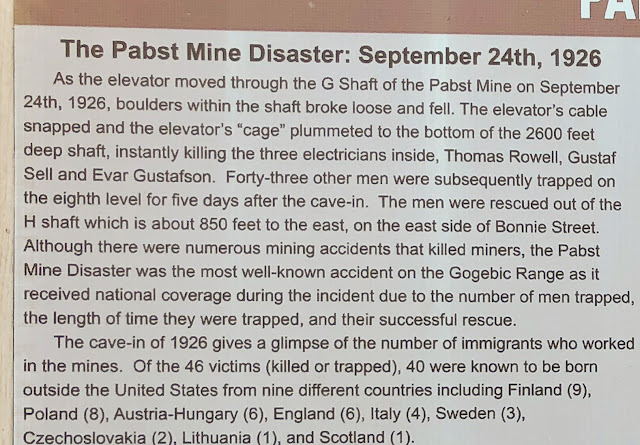 After eating their lunches over the first day, the men had nothing to eat or drink for all the remainder of the time except water that dripped down from the ceiling. Some of them peeled pieces of birch bark off the mining timbers and made some nasty "birch bark tea".   If you'd like to learn more about this event a book is available called "Perfectly Safe: The Pabst Mine Disaster of 1926" and includes photographs and biographies of the men. 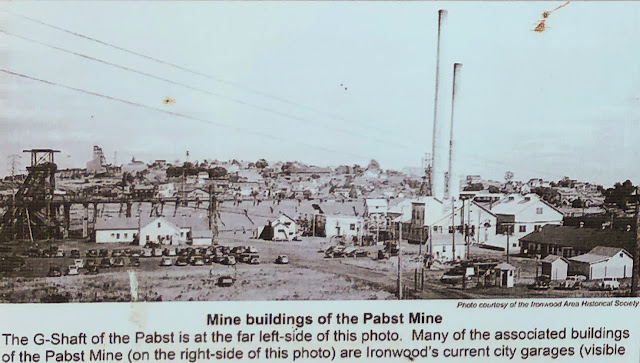 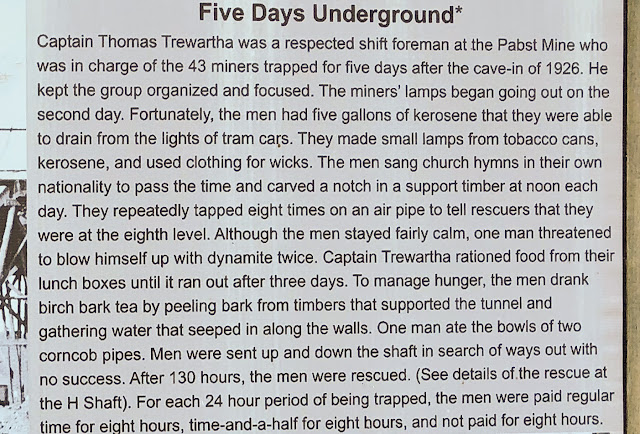 Informational signs and weather protected photographs are posted along the trail. 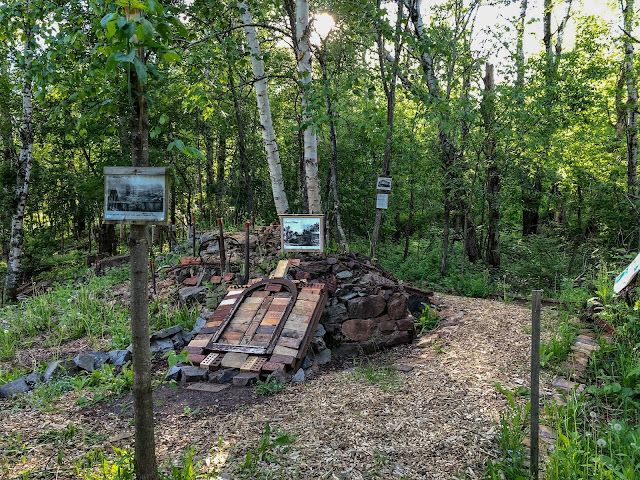 Artist Ivan Hellen spent many years collecting bricks from the area and created a display that features over 50 different bricks. These bricks are embossed with names or symbols of the companies that formed them. 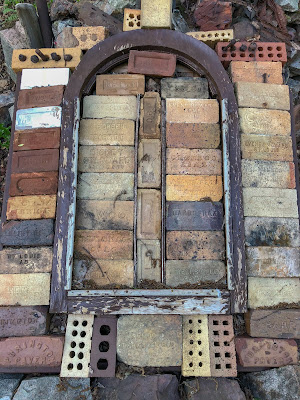 This isn't the only art display in the park, more on that in the next post! 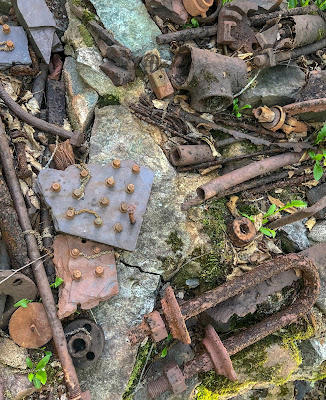