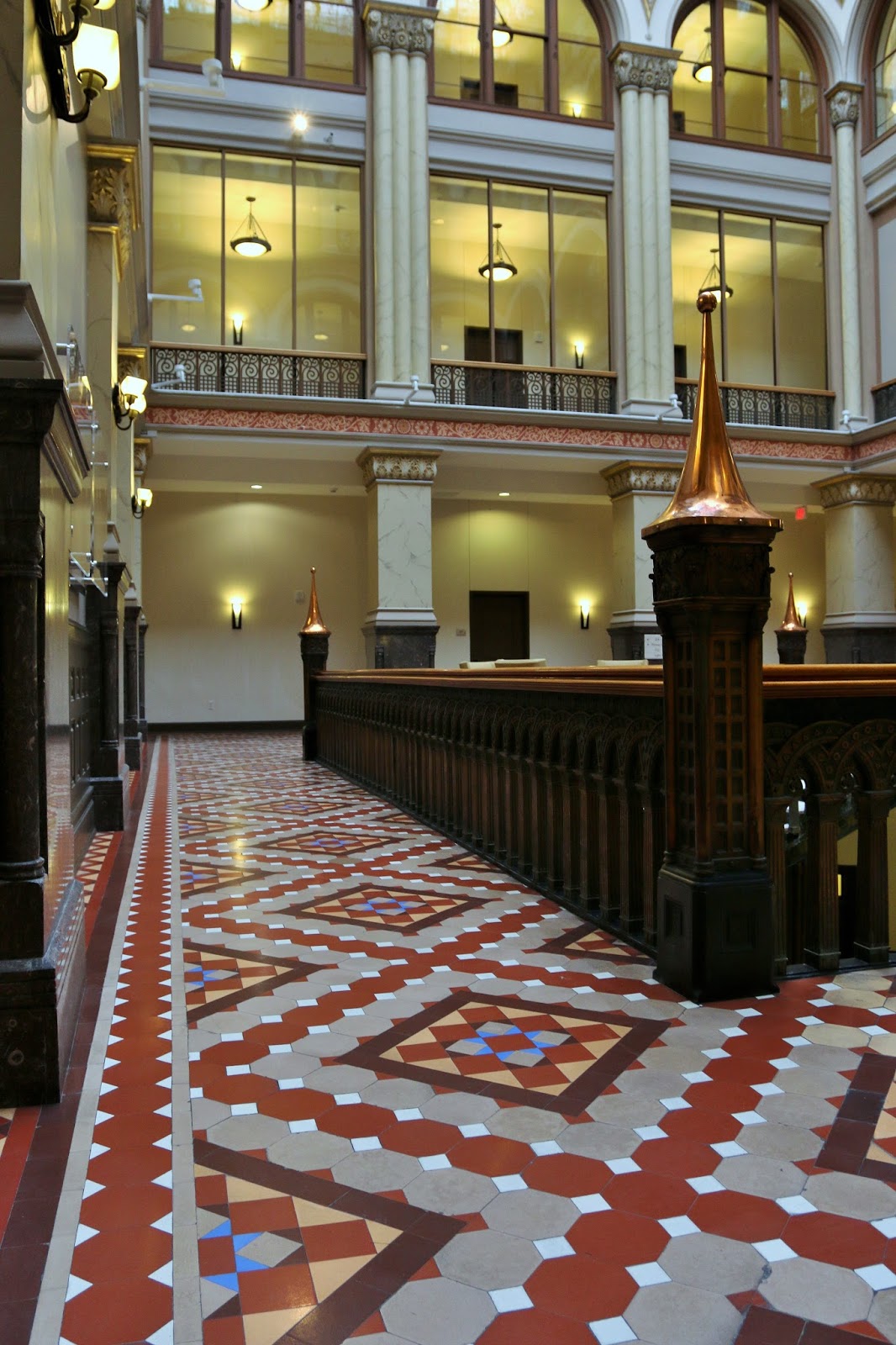 I've taken you there before, but with my new camera I decided to take another shot at the interior of the Loyalty Building. The first through third floors contain some colorful terra cotta tile floors. 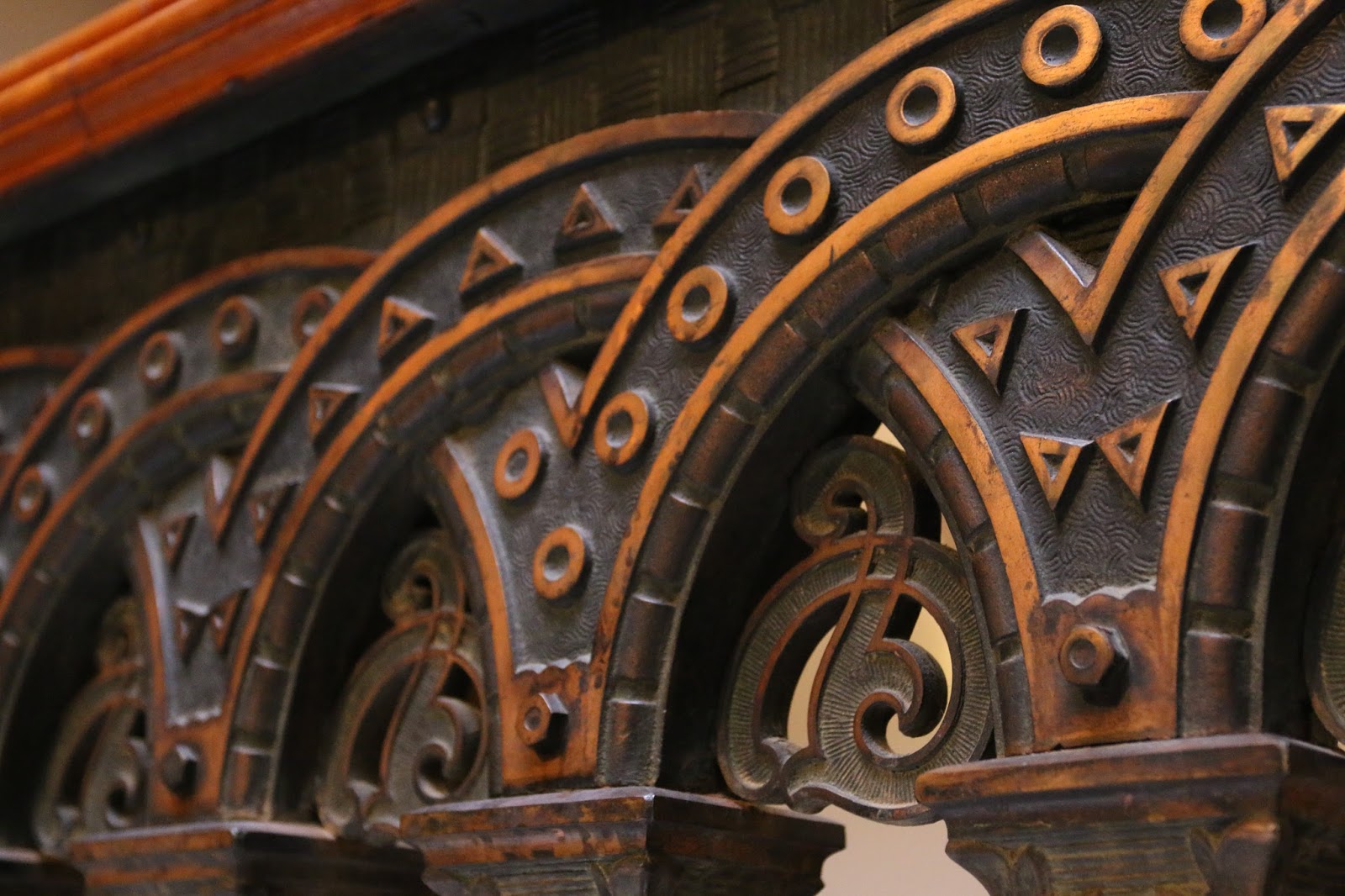 But it's the main stairway that always grabs my attention. Iron balusters and bronze newels topped by inverted copper cones.  Say that three times fast.  The survival of the copper newels from being scrapped during the second world war is due to the owner painting them black.  They were rediscovered under the paint in the 1960's. 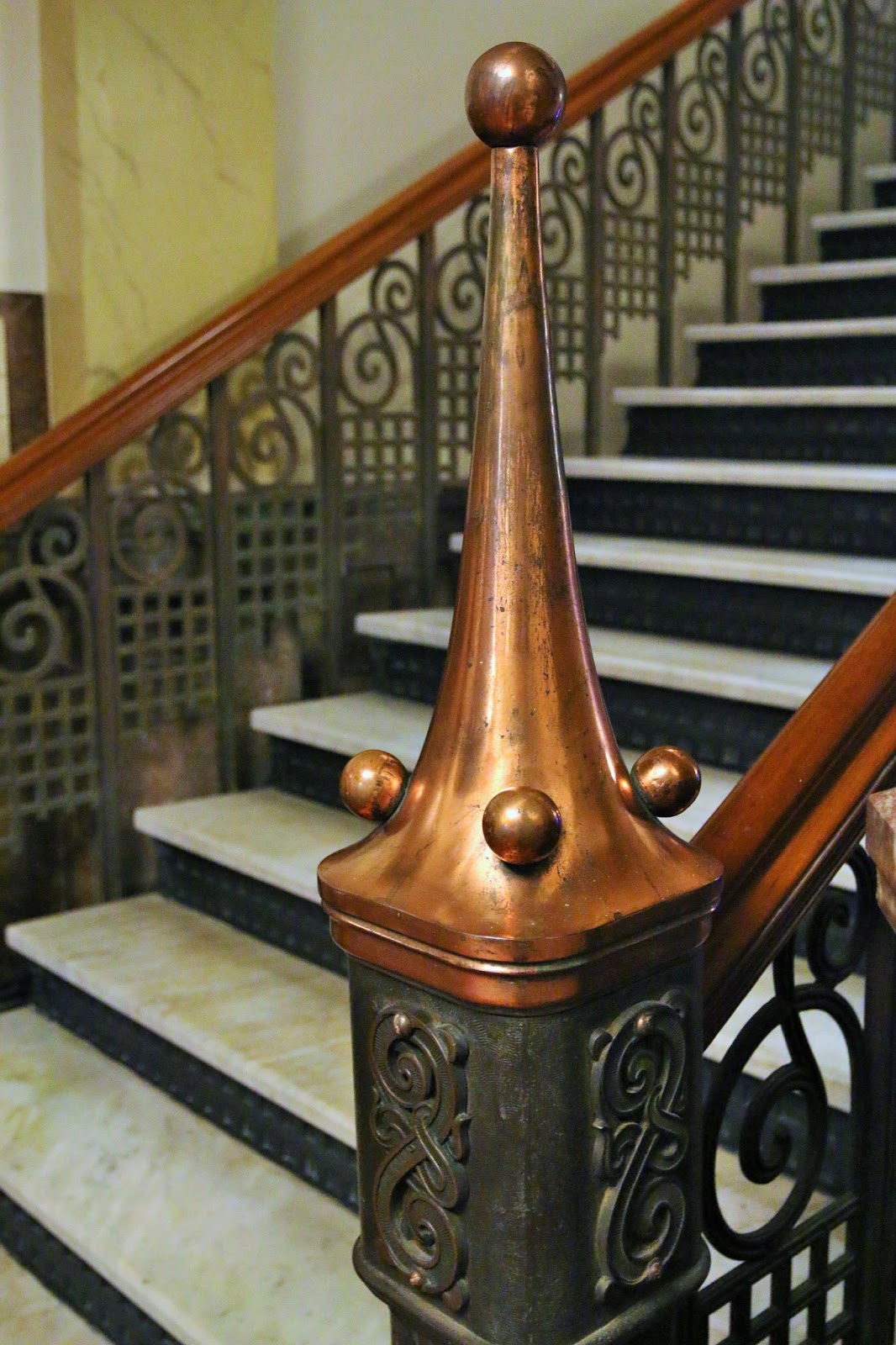 You may also remember what is probably my two favorite buildings in Milwaukee, the Mackie and the Mitchell.  They are chummy neighbors both commissioned by banker Alexander Mitchell. 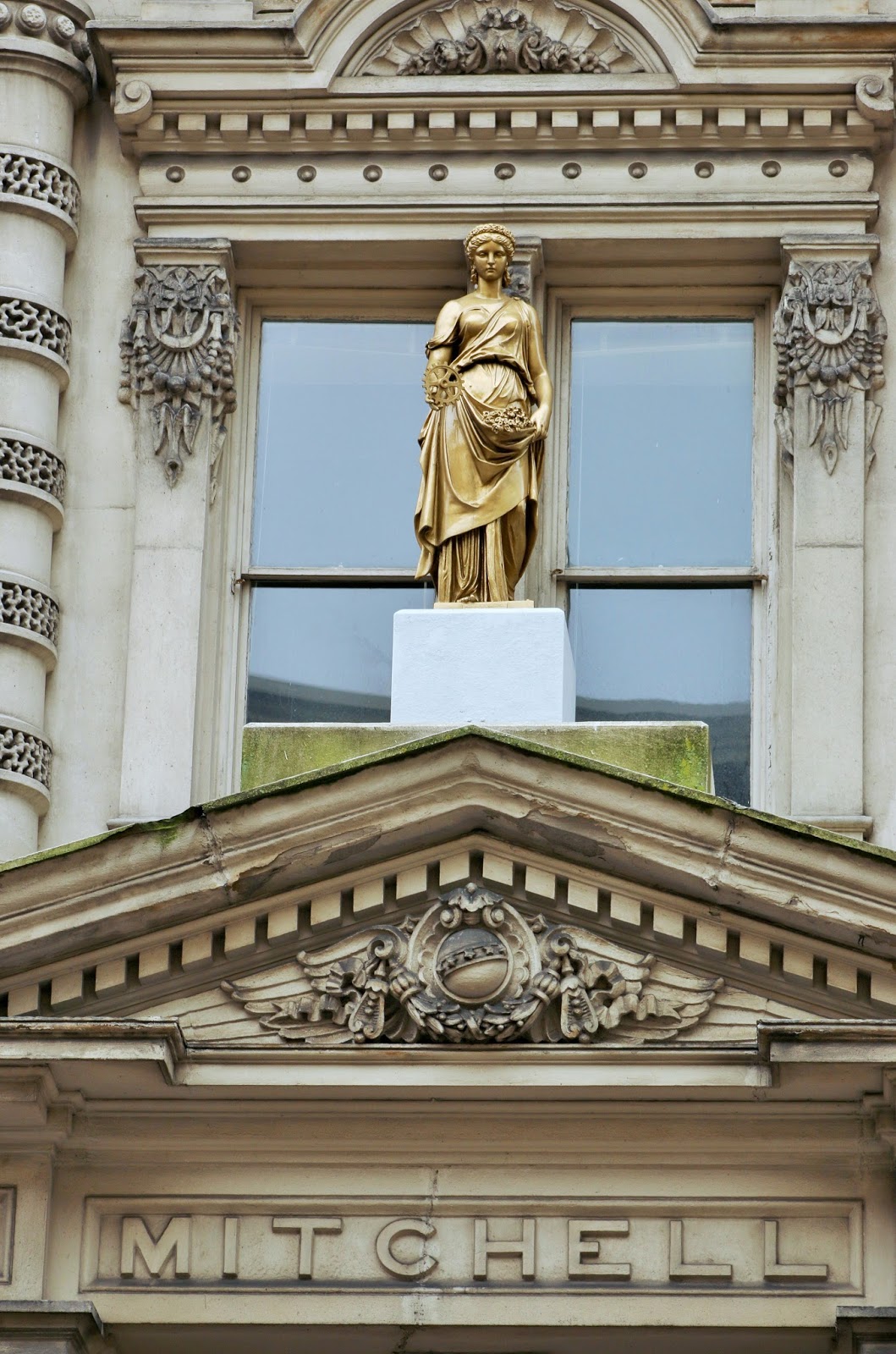 Lesser known than the other 3 buildings in this post on the same block is the Grand Avenue Club.  Like the Mitchell and the Mackie it is in a state of lovely decay. It used to be the Bank of Milwaukee and was built in 1856.

Tomorrow morning my mother and I leave for our first stop on our way to Gatlinburg.  I hope to post some spring photos from Cumberland Falls State Park on Sunday!
Posted by Pam at 6:59 AM